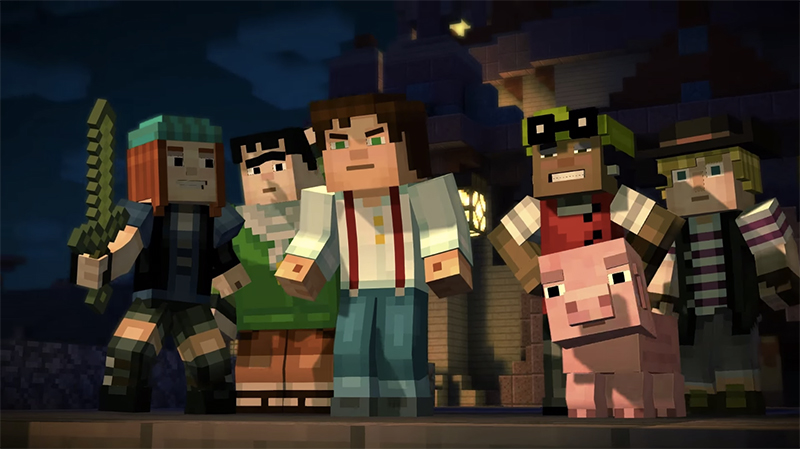 You gotta hand it to ’em: the folks at Telltale Games know how to make a living off of borrowed IPs. Most of the time they make a quality product, to boot. Although Telltale has yet to surpass the excellent Walking Dead season 1, subsequent releases like Tales from the Borderlands and Game of Thrones have been enjoyable efforts that are well worth their season passes. The stories are always engaging enough that you want to see them through, and the major player-decisions make it feel like your choices have real consequences on the narrative.

In a sense, a Telltale game is a genre of video game (or “interactive story” if you want to be picky), and the hallmarks of a quality Telltale game are as mentioned above: compelling narrative and impactful choices—simple as that. In their previous efforts, Telltale had a formidable foundation of lore and world building to draw upon when spinning their yarn. The Walking Dead, Game of Thrones, Borderlands—these fictional universes are teeming with possible story lines for the developer to capitalize on. Minecraft, however, is a game where you make your own story. It has no narrative at all—no cutscenes, no dialogue, no codex full of lore. The world of Minecraft is a blank page (or a pile of LEGOs) just waiting for you to build your own story, and that’s a significant part of what makes Minecraft attractive and enjoyable for so many millions of people.

My biggest and most loved Minecraft seed is that it is an apocalyptic wasteland. It’s chock full of crumbling cities, domed shelters, and abandoned castles. It’s lonely, haunting and, frankly, totally badass. I love this place, that I’ve built one cube at a time over the course of almost three years, and it has a deep history and personal nostalgia all its own. It’s safe to say, then, that I’m a huge fan of Minecraft, so I ought to be just the right audience for Minecraft: Story Mode, right?

Well … no, actually. This time around, Telltale was obligated to create a world and its history from scratch, and the disparity between my personal Minecraft world and theirs was so great I couldn’t invest in the story. Telltale’s version of Minecraft on display in this first episode is a rosy-cheeked, goody-goody Saturday morning kids show affair. It’s cutesy, “G” rated, meta and holds very little interest for a grown ass man like me. Truthfully, I was bored right away and remained bored almost the entire time. The final scenes hold some promise of excitement to come, but it was a faint glimmer in an otherwise uncompelling chapter.

Minecraft: Story Mode doesn’t fare very well against our second hallmark of quality, either. Suspecting that my quicktime events and dialog decisions weren’t as important as they’ve been in past Telltale games, I stopped making choices altogether. Sure enough, almost every QTE is totally optional, and dialog choices make only the most superficial changes to the the situation. I was two thirds of the way through the episode before a missed QTE had any noticeable effect on my character. There are a few “major” choices that alter the location or state of a few of your party members by episode’s end, but these felt really trivial compared to, say, some of the extreme cliffhangers of Game of Thrones, or the life-or-death consequences in The Walking Dead.

To be fair, Minecraft: Story Mode is not at all a bad game. Plenty of young kids are going to love it. It’s simple and colorful and reminiscent of their favorite game, and it has some quality voice acting and plenty of potential left for improvements to the narrative in the coming episodes. It’s a tough job inventing a new story for an experience as unique to the individual player as Minecraft is. In episode 1, Telltale went the safe route and appealed to the game’s youngest demographic. Here’s hoping for some tonal shifts and more impactful player choices in the next installment.