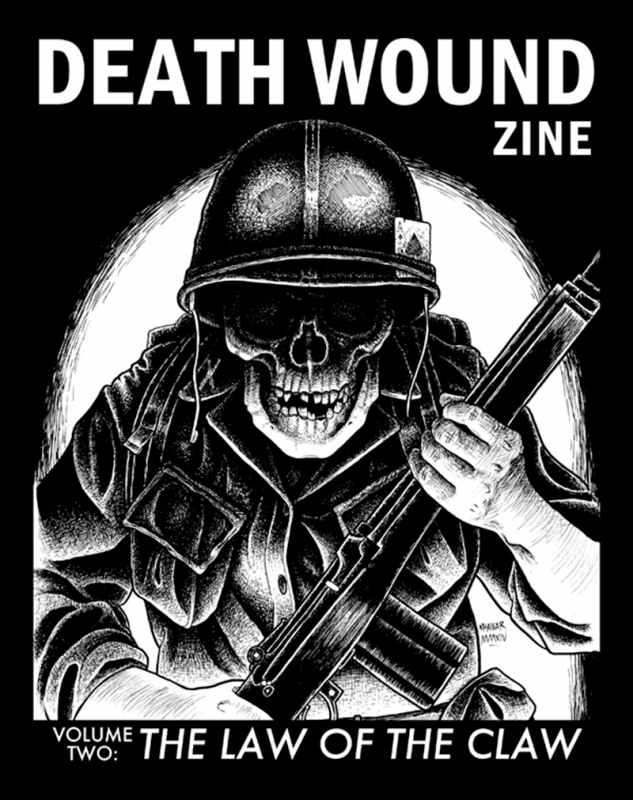 Burning Salts Issue 2
Bryer Wharton
Self-Published
Street: 03.08
Nothing like another one of Wharton’s metal zines to get me feelin’ lazy and unaccomplished in my own zinery. LORD! Burning Salts takes the yummiest elements of classic metal rags of yore (Metal Maniacs comes to mind, as does The Requiem Metal Fanzine of the mid-’90s) and serrates them with a decidedly DIY approach. Glossy covers, crisp photography and Wharton’s meat n’ taters interview style yields great discussions (this reviewer particularly enjoyed discussions with Ringworm, Cripple Bastards, Savage Deity and Chapel, though it includes many more, which would push me well over word count) that dig deep and cover a wide swath of the “metal underground.” The reviews are the standout, though. They run long and cover obscure material that’s difficult to find anywhere else (The Cemetery Fog tape!). I have nothing to complain about with this thing. It’s thrilling that this caliber of metal coverage is coming from Salt Lake City and that a DIY zine can still look this slick. Grab one at the obvious haunts (Heavy Metal Shop, Diabolical, Raunch, Graywhale, the Internet) and receive a free sampler CD courtesy of Slaughterhouse Records, or die a lonely, flea-ridden poseur. –Dylan Chadwick
Death Wound Zine Volume Two: The Law of the Claw
W
Self-Published
Street: 02.15
I first requested Death Wound for review because I thought it was about horror movies. I’m not much one for punk, metal and shit like that, but the interviews with members of bands like Amebix and Autopsy led to some Google searches and a few additions to my music library, for whenever I need to feel especially crusty. I really enjoyed W’s musings on films from Sam Peckinpah and Elem Klimov and their relation to the zine’s subject of war and crime. His writings have an overwhelming feeling of dissociation, but I believe that’s what makes them so intriguing. They left me thinking and pondering ideas of violence and its need to be expressed—in either a visceral or vicarious way—by everyone. That’s not to say the whole publication was a heavy trip—there were some to-the-point movie reviews I found some humor in, and interviews with more metal dudes, which pertained to Black Sabbath and the horror/exploitation movie scene in Denmark. The zine was printed on some slick paper, and arranged in a way that kept my wandering mind and hungry eyes occupied from front to back. –Carl Acheson
The Dithering Doodles Sampler 2014
Steve Anderson
Self-Published
Street: 02.28
I’m always a tad wary when a zine/album announces itself as a collection of throwaways that didn’t make the “full-length,” and, though this one had me a little worried, my fears were allayed by great artwork (Ewoks, selfie-taking sharks, Justin Bie-burr) and some delightfully absurd concepts. Shout out to the “I miss my old jawb” segment, as well as the fact that the author referenced the film All Is Lost as “Robert Redford Sinking Boat Movie.” Like all good zines, this one has one foot lightly planted in reality, with the other off in some weird-ass alternate cable access dimension. Though the writing is most likely meant to come off as silly, the points (especially the movie reviews) are much more salient than what I’d read in whatever glossy culture rag is throwing Lena Dunham on the cover. This is for fans of Flamin’ Hot Cheetos, gas station air fresheners and that one episode of Tim & Eric where Eric’s kids leave him to join Tim’s family. At least that’s what I got. Interested parties should contact premiumdeluxe@hotmail.com. Now I’m trying to track down a full issue! –Dylan Chadwick
Photos: