Polytype are aptly named, considering their heavily layered production of ambient noise. This album is hypnotic dream-pop with a moody touch. 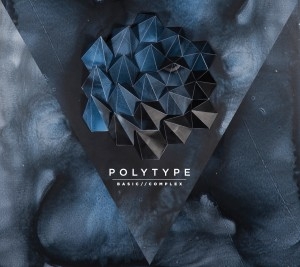 Polytype
Basic//Complex
Self-Released
Street: 02.01
Polytype = Teen Daze + Washed Out
Polytype are aptly named, considering their heavily layered production of ambient noise. This album is hypnotic dream-pop with a moody touch. However, it differs from Purity Ring’s formula by embracing electronic roots as opposed to Southern rap-influenced beats. The music, at times, is as funky as Hot Chip, but that’s just one layer. The songs always hold an ethereal feel that harnesses your attention. They reflect an inner-city beauty that’s full of lights and architecture, creating lines in constant motion. It’s a privilege to hear music like this come out of our city. Polytype’s sound is complemented by Bon Iver–like vocals that linger effortlessly. “Running Out” is a must-hear from this album. Ever since I let these songs sink into my ears, I’ve been hooked.