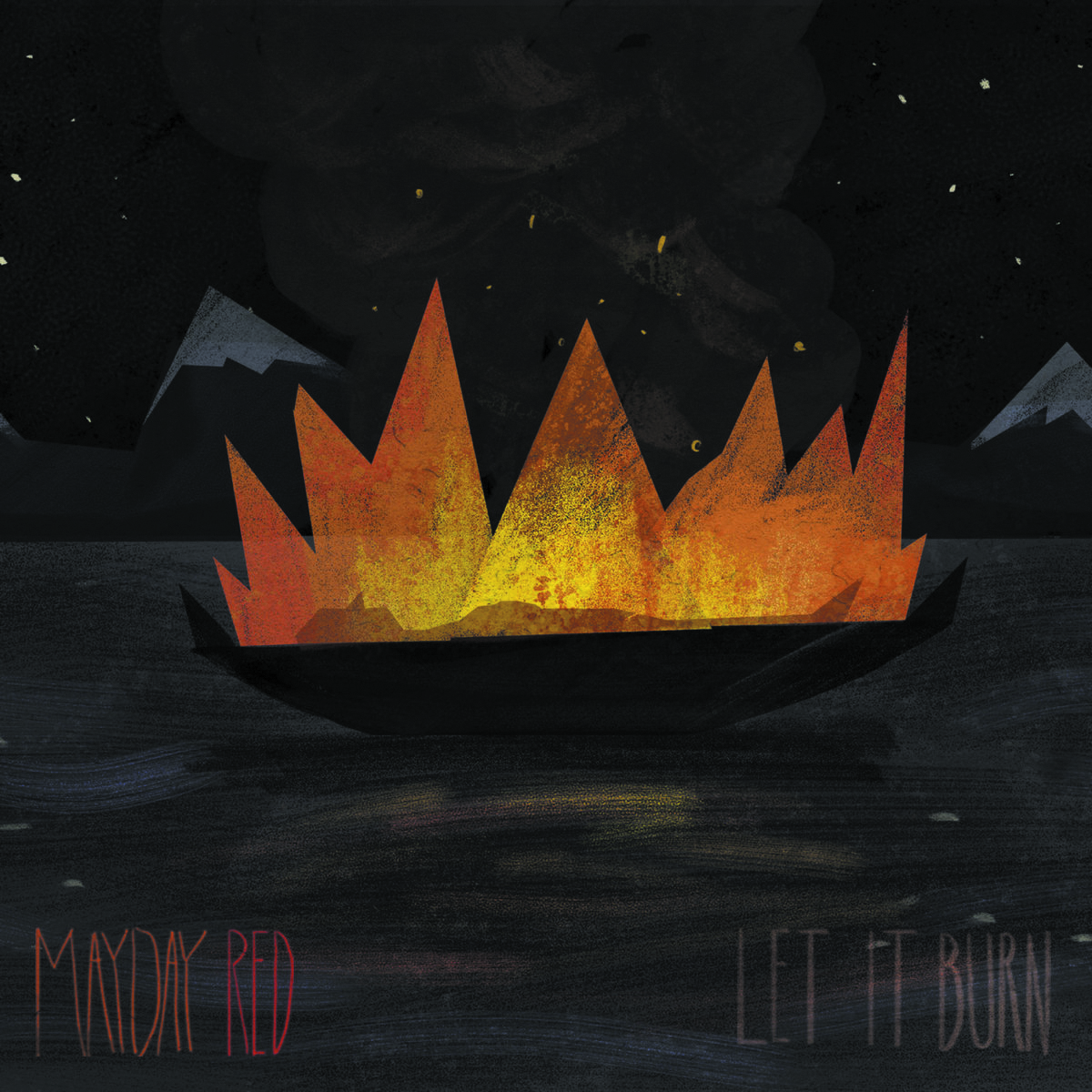 I was a little surprised to see the word “debut” tacked on to Mayday RED’s apparently first album, Let It Burn. If you’ve ever seen their webpage, you’ll know that this local duo has published a lot of their work already. Certainly, their experience together has made Jeremy Hoop and Rachel Koller an extremely compatible combo, and their synergy shines through on this debut album. The two pass lead and lyrics back and forth effortlessly, harmonize flawlessly and, most impressively, were able to introduce me to a new type of music I had no idea I would enjoy.

Turning on the radio, I wouldn’t be surprised to hear any song off of Let it Burn—in fact, I’d be quite pleased. This complex mixture of pop, country and electronica seems to do it just right! The songs are intricate with many voices: Softer sections stay interesting with odd percussive effects and counterpoint melodies, and large ensembles fill the room when the energy rises and things get noisy. Crisp cutoffs, some fun effects added behind the scenes, and a lot of creative ideas come together to create this well-polished mix that weaves more instruments in and out of each song than I could count!

Refreshingly, Mayday RED are well in control of their dynamics, and each song is a proper blend of energetic choruses and relaxed verses. From the dancey “Take a Ride” to the slow and evolving “Sleep Baby Sleep” to the soft and somber “Broken Man,” this album covers a lot of territory—generally, though, each song develops almost like a conversation between the two vocalists, taking place amid a country landscape of violins, synthesizers and effects.

While rhythms typically aren’t too complex throughout Let it Burn, many different melodies develop within each song, which keep it all sounding fresh. Mayday RED are unlike any group I’ve heard, offering a successful fusion of genres I had no idea could mix and match. I didn’t expect to enjoy Let it Burn as much as I did after picking up on some definite country undertones in the first couple of songs, but without a doubt, Mayday RED have created an album that defies genre and had me dancing and wanting more. –Alex Blackburn