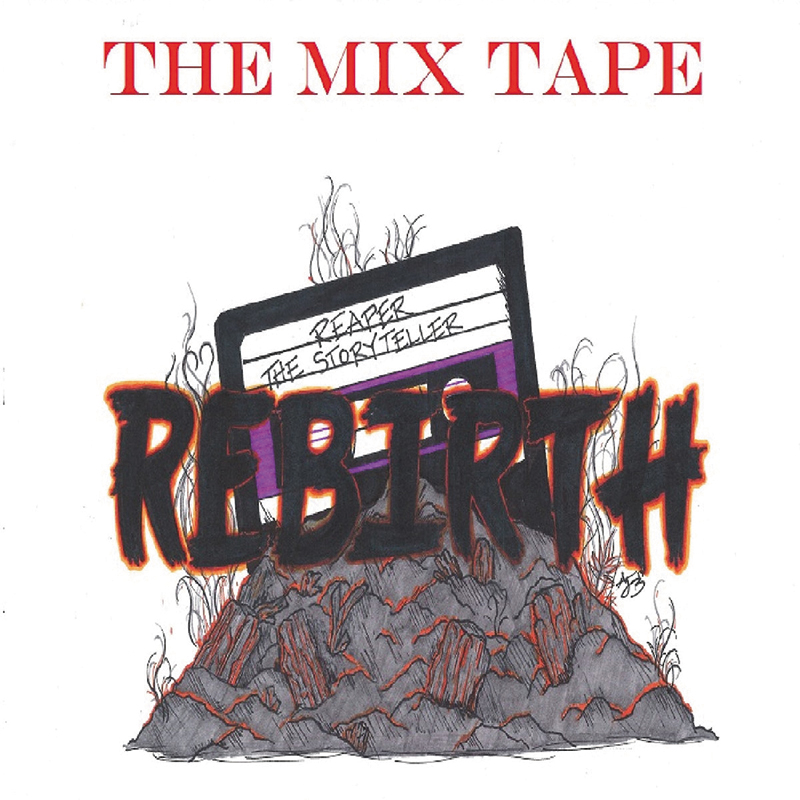 Reaper the Storyteller | "REBIRTH" the Mixtape

Reaper the Storyteller
“REBIRTH” The Mixtape

Reaper is back with his raw style, thought-provoking lyrics and hard-hitting tracks that you are bound to feel in the middle of your chest in his newest mixtape, Rebirth. This mixtape is what we would expect and would want to hear from Reaper the Storyteller, as he injects a lot of his own takes, points of view, and opinions on life, politics and the world at large. In the current political climate, this statement may be the same for many artists now, but for Reaper, this is the norm, as he is not shy to share his stories and hardships he observes throughout his life, all while not sounding tired or fake deep in his delivery.

Reaper instantly makes listeners aware of the raw and horrifying realities that are told in this album, from tracks like “Bastard,” which tells the story of a man who is thrown out by his mother just to find out that he was the result of his mother being raped. The song then veers into the man’s ensuing threats toward his mother’s rapist for what he did to both of their lives. The lyrical delivery of this track allows for the story to develop all while rolling with a slow, looming vocal loop paired with subtle 808s. This story continues in “Try” in a more calm yet heartbreaking conversation and reflection as the man’s “dad” tries to connect with him from prison, just to die after being shunned.

Reaper continues this complex story of hurt, recovery and, to an extent, forgiveness through this release, using different beat styles to his advantage. Rebirth is full of different themes and styles, from the politically charged “Recession/Shadow Song” to the graphic “Best Sex.” Not only does Rebirth excel lyrically with its minor details, but its beats and production also allow for the album to be multidimensional. I highly recommend Rebirth and checking out Reaper the Storyteller in general. He has a consistency of quality and always an interesting story to tell. –Connor Brady