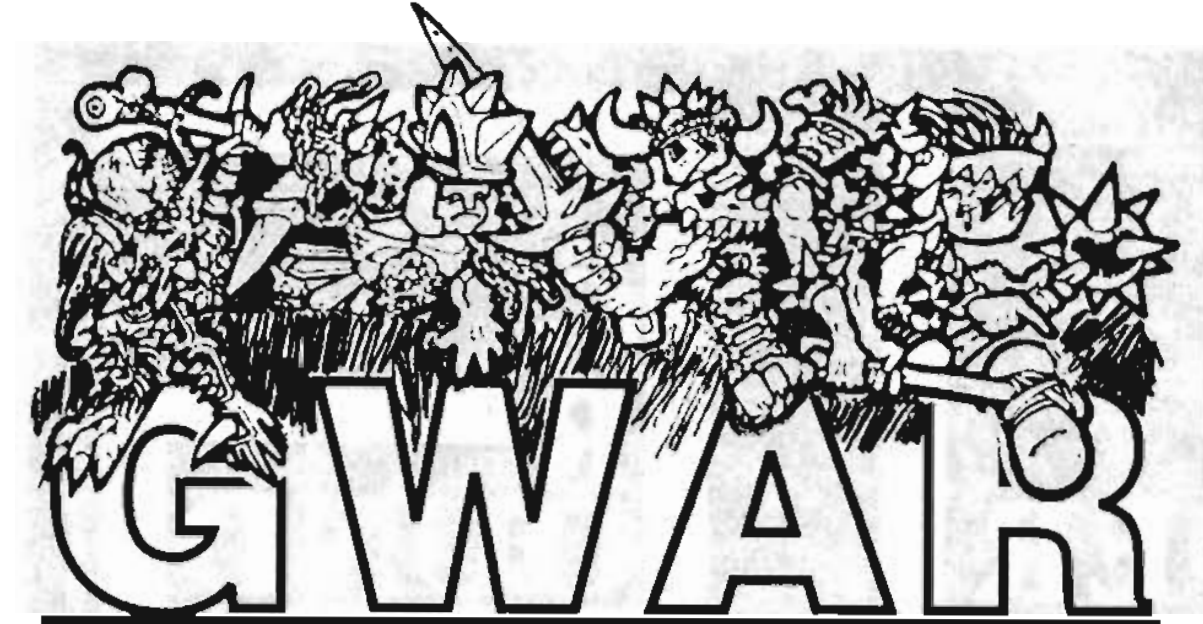 GWAR was so outrageous, I can’t find a place to start … Ok—from the beginning.

The M.C. takes the stage. With a phallic hairdo and a sickening Bronx eastern accent he informs the audience of GWAR’s messy stage show. “Move back if you’re weak at heart…” Fog fills the arena, then GWAR enters. In a deep gruffly voice Oderus Urungus (Dave Brockie), the lead singer and bassist, threatens the audience and bangs his phallic extension with his knees.

The music pounds a metal edge, dare I say “punk” influenced sound, with a measure of melody. The lyrics were intelligent, however for the most part throaty to decipher.

Pausing between each number to again inform the small but receptive crowd of GWAR’s “bloodthirsty rule” and their “battle for survival” in this land, an extraordinarily tall being is pulled by chains onto the stage. Oderus, with help from other band members, chastises the individual. While this verbal condemnation increases, a long sword is drawn. It’s swung down on the neck of the giant, decapitating it. Blood squirts from the severed neck into the audience.

Raving for more blood, the music carries on. Gruesome, huh? Yeah, I got off on it, too…

This type of theatrics continues throughout the show. Even the scantily clad female companion indulges by dragging a mutilated corpse onto the stage. She reaches into the torso, plucks out the synthetic organs and devours them. At one point, the enemy of GWAR—with what appears to be a hydraulic backpack connected to a huge vise grip claw hand—takes the stage. He grabs the mic and screams into it to the beat “GWAR must die.” He fights with Oderus low blows are thrown; biting & gripping escalate, then bam! Down on to Oderus’s head crashes the claw. His head splits open, and the latex brains ooze out. The enemy reaches into the skull and pulls out part of the brains. Claiming victory, he eats them (too much for my stomach). The female, determined to counter conquer, bashes the enemy between the legs, ripping off his exaggerated member. They wrestle until she tears out his claw. Now exclaiming her victory, she beats him with it.

Yeah…it was outrageous….GWAR has a wild, graphic and rehearsed stage show. For those inclined to aggression or voyeurism, it was superb. Truly, GWAR is not for the weak at heart. GWAR is just what they say—“400,000 years BC.” Let’s hope they come back!