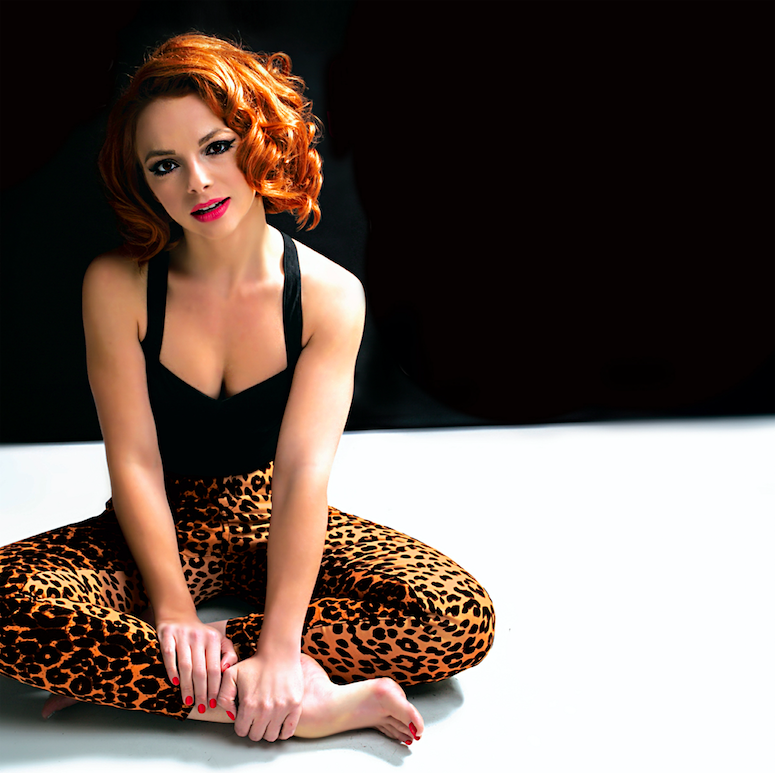 On Saturday, June 17, local and regional blues fans will come together for one of the best festivals Utah has to offer: the Utah Blues Festival. The highlight of this festival is the sheer talent—both local and national—that graces the stages at the Gallivan Center. This year promises to be bigger and better than its predecessors with a lineup that includes blues artists Kenny Neal, Annika Chambers and more. The charming and ever-talented Samantha Fish, who just released her album Chills & Fever in March, will steal your heart and convert you into a blues lover after her live performance at this year’s festival.

Fish grew up in Kansas City, which influenced her musical style. “Kansas City has such a strong jazz and blues tradition,” says Fish. “There’s a long history there of that kind of music.” Picking up the roots of her hometown, combined with her passion for rock n’ roll, led her to creating her current style of mixing the blues, Americana and rock. “Everything I loved growing up was so blues-based,” she says. “It’s the root of all real American music. It was a genre I felt that I could really express myself in, especially with the guitar.” Drawn to Mississippi-style blues in particular, Fish allowed her passion of experimenting with the blues into her own creative outlet. “You shouldn’t limit yourself to one style or one person for inspiration,” says Fish.

Since her first album, Fish has grown immensely as a musician and says the most difficult aspect of being a blues artist is simply finding your identity. “It takes a long time,” she says. “I knew where I wanted to go, but I wasn’t quite sure how to get there. With each record, I’ve gotten closer. Now it’s getting to the fun phase. I feel more comfortable taking chances. I’m braver now.”

Although she’s been cranking out badass blues albums since 2009, Fish says that she’s most excited about the release of Chills & Fever. “I wanted to do a bigger, more dynamic band,” she says. “I’ve never gone further from the trio format: myself, drums and bass.” Adding two horn players from New Orleans and a pianist to the group created an even stronger blues dynamic compared to her previous albums—a dynamic that Utah audiences will see at this year’s Blues Festival. “It’s punk-rock Detroit meets New Orleans meets everything that’s inspired me over the years,” says Fish. “Kind of like rock n’ roll, gritty blues.” Audiences can expect to hear songs from Chills & Fever, which pays homage to and covers blues songs of the ’50s and ’60s, as well as favorites from Black Wing Howlin’ and Wild Heart.

One of the greatest parts about the Utah Blues Festival is that it’s a fundraiser for the Utah Blues Society and Blues in Schools which provided needed funding to cover costs such as student sponsorship and in-class learning materials, as well as helping to raise awareness for local and aspiring blues musicians. “I hope that we continue to allow [the blues] to grow and evolve,” says Fish. “The beautiful thing about blues is that everybody who’s really into it pays homage to the tradition. They study the tradition. Respect what’s come before you. Then mix it up. Make it fun. Make it unique. And that means taking chances with your art.” Fish hopes that people continue to experiment and incorporate new and existing ideas into the blues tradition to create innovative and unique art. “The blues is long standing,” she says. “I think that’s because it really connects to the core of what we’re all about. Music is a great universal connector, and this style of music truly connects people.”

Fish will, of course, continue to create terrific albums in the future, but for now is focusing on her tour, playing festivals and distributing her latest album. “I can’t say where I’ll be in five years,” she says. “That’s going to happen on its own. But I will say that that’s the fun thing for me: challenging the lines that are put in front of you, pushing it and making something that maybe people haven’t heard before.” As far as playing in Utah, Fish is not only excited for the lineup but also visiting our state in general. “I’ve driven through Salt Lake City so many times,” she says, “but I’ve never gotten the opportunity to actually play there. It’s beautiful. And it’s great to share the stage for a day with talent like that. It’s exciting for me and I’m looking forward to it.”

The 3rd annual Utah Blues Festival takes place at the Gallivan Center (239 Main St., SLC) on Saturday, June 17, from 11:30 a.m. to 10 p.m. Grab tickets and check out the lineup at utahbluesfest.org. Read our interview with the festival’s organizers from last year to learn more about the festival in general. And don’t forget to check out Samantha Fish’s music at samanthafish.com before seeing her live.