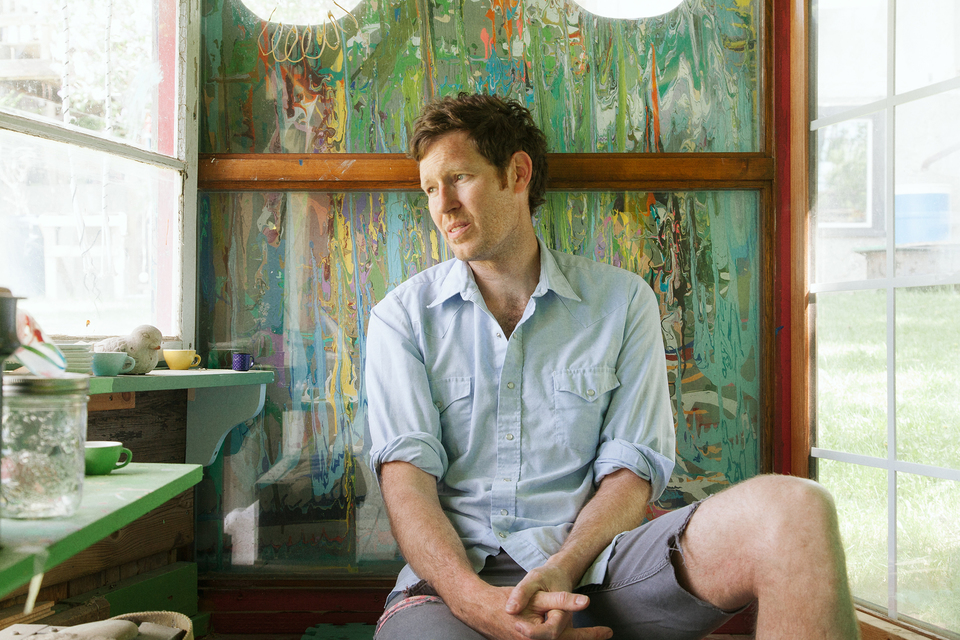 Chad VanGaalen has been one of the most original musicians I’ve ever had the pleasure to come across. Seeing the physical individual whose imagination is so readily able to transcend beyond the obvious and pedestrian reality of the world was in no way a disappointment. The distinctive quality of his futuristic, spiritual folk n’ roll was an obvious extension of his personality onstage. His role as a storyteller in his lyrics felt even more organic as he related to his bandmates and the crowd between songs. At one point, he came up with the story of the first bird who took the chance to eat the leftover scraps between the teeth of a crocodile, which I’m not going to try and retell, but trust me, he’s hilarious. VanGaalen kept laughing as the story spilled out of his mind and onto his tongue, like someone who never stopped exploring their mind and never stopped being amazed by the absurd things it comes up with would. It’s an originality that is defiant in the face of a world that works best when it’s working to trick people into accepting it at face value.

VanGaalen’s November Kilby Court show started with local opening band Head Portals, whose pop-nihil vibe easily got heads bobbing around them. They introduced one of their songs as being “about cunnilingus and mortality,” which sums up the band pretty well in general. The range was nice as it spanned from beachy, California rock to staccato, spidery fingerpicking drowning out the vocals and even dipped into some melodic heavy punk at times. Their roots in Salt Lake were solidified as they sang, “If your body is a temple, mine is a shelter for vagrants and drugs.” I can’t think of any other lines that sum up this town better than that.

One nice thing about seeing Chad VanGaalen live was to be able to see how professional he and his band are. On their records, there’s a quality to their vast discography that at times gives listeners the idea that these guys are somewhat amateur because of their disinterest in a polished production. But to see how comfortable every member of the group was with their instrument and with each other only solidified my belief that these guys are top-tier musicians who have a solid fan base because of their conviction in making the music they want to make instead of pandering. You can tell they’ve been creating music for years and haven’t had any desire to give up their creative vision.

One interesting thing that kept popping up was VanGaalen’s aversion to playing old material. He made indirect mention of it a handful of times, most pointedly when he said that they were touring for the new album and asked why the crowd wanted to listen to ‘Molten Light.’ It was almost as if he was trying to convey his desire for his fans to maintain pace with his music instead of getting stuck in a specific era of his career, somewhat of a death sentence for a musician with such a niche sound. But, to be fair, it wasn’t anywhere close to him getting defensive against the crowd. The show closed with an encore that panned out with the band standing up and turning their backs to the crowd for a few seconds instead of walking out of the venue and coming back in which was stupid and awesome and I loved it. There’s a rarity to Chad VanGaalen that doesn’t have to be seen to be appreciated, but it’s definitely a pleasure worth having if he’s ever headed your way. –@myster_patchouly