Upon entering the Urban Lounge this fine Tuesday evening, I am struck by how deserted the venue is—minus some 12 or so heads hanging out in their respective groups. It does seem that the popularity of pop-punk may not be so popular tonight. 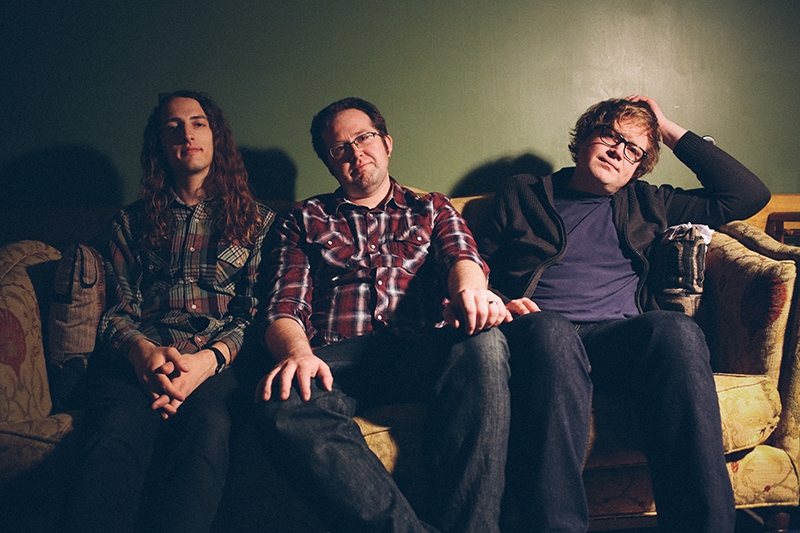 Cheap Girls played a set of pop punk at the Urban Lounge. Photo: Kelly Gairrocco
Upon entering the Urban Lounge this fine Tuesday evening, I am struck by how deserted the venue is—minus some 12 or so heads hanging out in their respective groups. It does seem that the popularity of pop-punk may not be so popular tonight. As one patron sarcastically says, “We’re going to get so sugar high! Let’s get caffeinated as fuck!” Though I cringe a little at the jest, there is some truth behind these words that sort of describe the attitude behind this subgenre of punk.
Grabbing a booth—of which I have my pick—I sip my beer and wait for the music to commence. Hard Girls are up first. To my listening pleasure, the bassist warms up with some Ramones, “Beat on The Brat” bass lines. Their warmup takes a while, and I wonder if the delay could be a stalling tactic in hopes of a better turn out from a few stragglers. However, to have such a thought would only bring on disappointment. When Hard Girls finally blast into their pop-punk fury, the noise is almost a welcome charge to the preceding absence of sound.
These guys play with some impressive energy for a crowd that is most likely less in numbers to what they are probably used to. The defining explosion of poppy punk and whining vocals keeps the now-17-or-so folks content—even with the notably stretched-out melodies. Their conclusion sees a decent round of applause from the gathering of skinny-jeaned, converse-wearing attendees.
The next act, Chris Farren, is an indie-folk-punk acoustic act. Across from me, I hear concert-goer Kyle say sarcastically, “Just a guy and his guitar, and he’s all soulful and shit.” Farren does totally fit the stereotype of a folky punk, serenading his listeners with passionate vocals. He sings pretty much what one can expect to hear—pretty, angst-filled ballads. His delivery is good and even offers something entertaining, but the lyrics betray simplicity and punky angst, and it falls just a bit short for me.
Restorations offer something completely different to tonight’s fray. Concert-goer Kyle says as he sums them up. “It’s something you describe as alternative, but because there is nothing else to describe it by,” he says. Even though this description is somewhat mundane, Restorations are a welcome change. While they command their stage with certain ferocity, their demeanor is humble and charming. Their passion is more than notable and infects yours truly with a keen sense of fixation. Though each act tonight is made up of musicians who are quite talented in their own right, Restorations are something else. They are synced when they play, making for a more impressive performance that carries a superior sound. Not surprisingly, they hold their audiences attention throughout their set.
Finally, the headliners on tonight’s bill—Cheap Girls—blast out with an indie-punk combo that defines their style and songs. At first, it seems like an act that can hold its own and even close out the night on a high note. That is, until it becomes all too apparent that they seem to be just going through the motions. In contrast, the guitarist and drummer of Cheap Girls appear to be into what they are playing, but when I look at the bassist/vocalist, I see someone who is bored and apathetic. I know their turnout was less than great, but the folks remaining should have gotten a better performance from a frontman who actually gives more than a damn. Even with this visible appearance of boredom, each conclusion of a song brings out signs of appreciation from their audience.
Cheap Girls do manage to offer a little kick during their set with their song “Ruby.” However, in the end, they are off the stage and packing up with no offer of an encore—it is kind of anti-climactic. I got to give it to the first three bands, who played for their audience. They kept it alive and hopping. It’s too bad the ending was not on such a high note, though. Oh well—at least there are places to go for pizza and drinks after a gig gets out at midnight. Unfortunately, even this ideal retreat to get a cheap, greasy vegetable pizza at Big Daddy’s can be foiled by a burnt pie and the onset of heartburn. So, here’s hoping—for the love of rock n’ roll—that something resembling a sound salvation appears and blasts over my speakers. Because, after tonight, I could really use it.
Photos: