Nothing is better than the month of April—the weather is warm, the patio furniture is out and the bands roll in. Friday was no exception to this situation, as Circle Takes the Square stomped into Utah that evening. 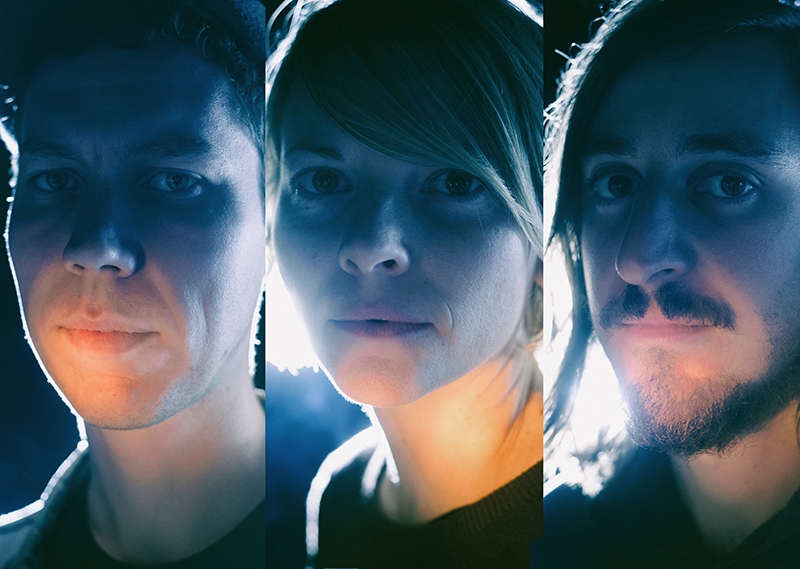 Playing mostly from their 2012 release Decompositions Volume Number One, the group never missed a beat and was everything I expected them to be—raw stage energy and a tightness matched by few other bands.Photo: Danin Drahos

Nothing is better than the month of April—the weather is warm, the patio furniture is out and the bands roll in. Friday was no exception to this situation, as Circle Takes the Square stomped into Utah that evening.

Opening for the show was local Clark Radford, also known as Clark!. Radford is a gangly, mop topped man, who paced inside the audience without a mic. Reciting and performing poetry is a bold choice by any measure. Prior to the show, I had never heard of Clark!, and had I not already been a fan of performance poetry, I might have just walked away. Had I left, I would have missed out on a lot. Clark! performs so-called “shout poetry,” which is pretty poignant. From time to time, I felt the twinge of emotional pangs with powerful word choices, but occasionally I was taken out of the poem by exaggerated screams and pauses that you typically find in Hardcore music. I like what Clark! is doing, but I feel that some of his poems would be better suited as songs—supported by an underbrush of crashing guitars and guttural beats to match the emotions he’s projecting.

The next group to walk up on stage was Worst Friends, a trio consisting of a few members of the legendary local group LOOM. I loved LOOM, and having heard Worst Friends at other shows, I love Worst Friends too. They’re a funny group of dudes (not as funny as Baby Gurl) who don’t take their music too seriously. To top that, they’re pretty tight musicians—a more melodic At the Drive-In or Fugazi. For a bunch of stage stiffs, Worst Friends performances always seems to have some power behind them.

After Worst Friends, I grabbed a beer at the local bar Jackalope and headed back to the show just in time to see Visitors. The first thing you think when you hear Visitors live is, “Gee, they are like a spacey Circa Survive.” At least I did. Deeply rooted in experimental rock, Visitors sound like what I imagine if Coheed and Cambria and Mutemath played a show together, at the bottom of the ocean—all rumbly distant tones and compressed chords tripping over falsetto vocals. I’m not too familiar with their work, but I’m almost certain I heard them play “Actionless News” and “Attempt.” Near the last half of their set, I walked outside to get some fresh air, inside the Shred Shed smelled like humid human soup and I needed out. Hearing Visitors’ songs echo against the Heavy Metal Shop and into the nearby parking lot while I steamed off human heat, looking at the night sky, was one of those small, beautiful moments you experience every now and then.

Closing the show was Circle Takes the Square, and excluding all the tween-scene-bros shellacking the room in Big Sexy Hair Spray, it was a good time. The decade old group plays a mix of Connor Oberst-esque vocals over screamo, mathrock and hardcore. Playing mostly from their 2012 release Decompositions Volume Number One, the group never missed a beat and was everything I expected them to be—raw stage energy and a tightness matched by few other bands. My only complaint was that there were too many kids at the show and not enough jaded 20-30-somethings at the show, but goddammit, the teenagers knew everything since As the Roots Undo and they must have been five when that came out. Closing out the show with “Kill the Switch,” spaced out and realized again how great spring is for music. With the last chords ringing out, I walked out the door, took a left to the TRAX station and started my long walk home in the warmth. A great night indeed.