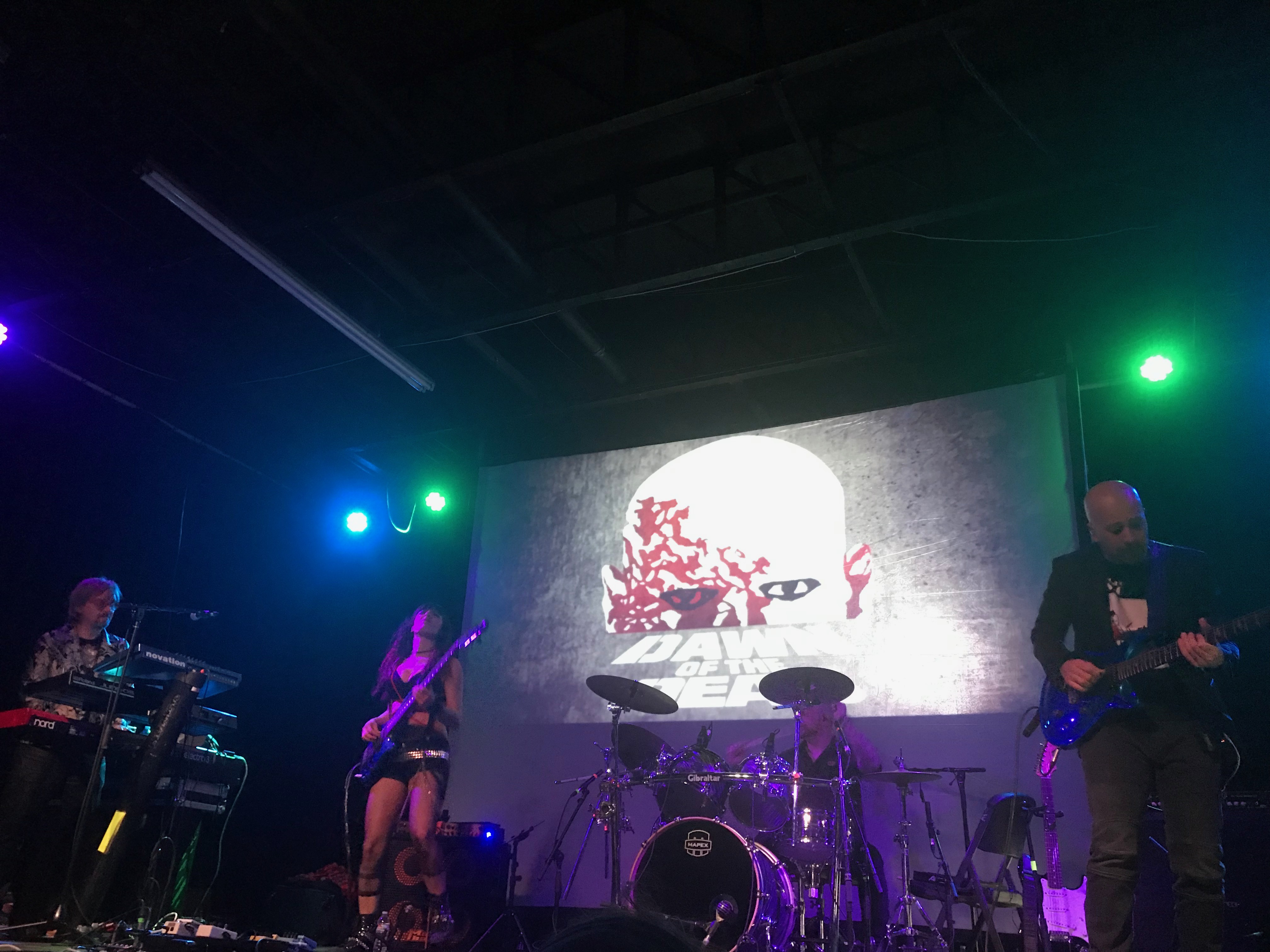 Once upon a time in a magical land called Italy, there was a filmmaker named Dario Argento who took on an angry mob of censors armed with red tape, whiteout, scissors and a general sense of “good taste.”

But he was not alone. We were there with him.

Cinematographer Luciano Tovoli, writer/muse Daria Nicolodi and a band known as Goblin were there too. The fruit of their labor is Suspiria, a stark nightmare about a young American dancer who thinks she is joining a prestigious German dance academy, but has joined the cast of something far more sinister.

Suspiria is a strange film. A dark esoteric thriller with a splattering of gore. The recent remake with Dakota Johnson and Tilda Swinton, an odd beast in and of itself, is relatively normal by comparison. The new film is scored by Thom Yorke of Radiohead fame. Despite his worldwide popularity, Yorke’s soundtrack will never sell even a fraction of the million-and-then-some albums that Goblin’s soundtrack sold in 1977.

John Carpenter gets an ample deserved credit when it comes to popularizing minimalistic horror film scores built around hypnotic electronic sounds, but Goblin and their keyboardist, Claudio Simonetti, deserve their place in the conversation.

If you want to dive down a rather deep rabbit hole, you can trace the history of Goblin from their early days when they were known as Oliver and then Cherry Five, before stumbling upon success as the infinitely cooler, Goblin. You can mess with Oliver and Cherry Five; you don’t mess with Goblin.

Currently there are three or four groups with overlapping members that tour as Goblin or some variation on the name like New Goblin, The Goblin Keys, Back to the Goblin, Goblin Rebirth and the relatively less epic sounding Claudio Simonetti’s Goblin.

Claudio Simonetti’s Goblin features, as you might guess, Simonetti along with guitarist Bruno Previtali, bassist Cecilla Nappo and drummer Titta Tani. Nappo is a recent addition, Previtali and Tani have also played with Simonetti in his metal band Daemonia.

For tonight’s show the band performs the score to Suspiria live along with the film and then finished out the set with an adrenaline infused journey through some of Simonetti’s other compositions from scores to films like Deep Red, Dawn of the Dead, Demons and Phenomena.

It had been 10 or so years since I last watched Argento’s Suspiria and, despite a heavy temptation to take it in before and immediately after seeing the 2018 reimagining, I decided to wait for Wednesday’s show to revisit it.

I’m told that when it opened in Utah, Suspiria played at the old Villa Theater. This is almost unfathomable. I’d like to think that over the years, audiences have become more accepting and more willing to step out of their comfort zones. Clearly, we haven’t.

Suspiria was filmed with actors speaking in their native tongue. As a result, there are numerous characters who have been overdubbed by different actors for the various countries that the film was released in. The lip-sync has always been a little wonky and the audio a bit uneven (although I’ve heard more positive things about the audio on the most recent Blu-ray release). Tonight’s venue and sound system feels even more hollow and choppy. This doesn’t really impact the experience; the film is carried by the atmosphere of its score and the over-saturated visuals.

The live performance is both a distraction and engrossing. Am I supposed to be watching the band or the movie? When an orchestra plays along to a film it’s easy to simply lose yourself in the movie. When you have four musicians less than 10 feet away from you, it almost feels rude not to watch them.

Few films have a score that plays continuously. There are many stretches of Suspiria where there isn’t any music. These moments find the musicians sitting in chairs with their instruments at their sides watching the film along with the audience. Would I want to watch any film 30 or 40 times over the course of a two-month tour? Maybe someone else’s movie, but certainly not anything I was involved with.

Still, it is a magical experience interrupted only by the occasional person wandering towards the bathroom. Despite its drawbacks, given a choice, I’d watch all my films with live accompaniment. And while part of me wishes that the concert was performed in a proper theater, there is something about the intimacy and grit of the venue that would be lost in the formality of a more elegant setting.

And then they ripped the roof off the building with the sort of indulgent brilliance that only a heavy metal show can provide. Duel keyboard and guitar solos, tremendous bass lines and double bass drum madness. Suspiria isn’t exactly a quiet film, but it’s nearly silent in comparison. We’ve gone from the art house to the schlock house and it works perfectly.

The band have abandoned their chairs and I wish that I could have tossed mine aside as well. Perhaps a cyclone of whirling bodies, chairs and bottles is exactly what the band deserves. Of course, we sit politely and scream as loudly as we can while sitting down.

My fondness for George A. Romero is no secret, as such, the Dawn of the Dead section of the set is the most euphoric for me. All those blue-gray walkers and black-leather bikers lead by Tom Savini.

Maybe it is best that I didn’t throw and rumbled in a crazed frenzy with my newfound friends. This was an Argento themed night after all, any act of violence was likely to end with someone losing an eye.