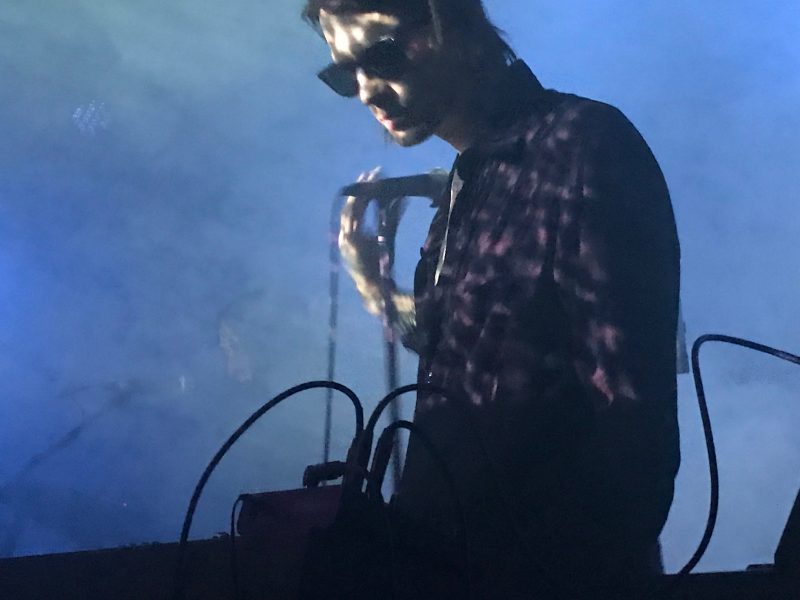 I’ve never been the sort to skip an opening band. The practice hasn’t always worked out in my favor. Thankfully, I’ve forgotten most of the mediocrity and only memories of the best and abysmal remain.

Tonight, I’ve come early to make sure that I didn’t miss opening act Choir Boy, a local act that has quietly completed a series of national tours. Over the last year, I’ve become rather fond of the band and its eccentricities, but fear that what makes them unique will also be what keeps them from finding a wide audience. Then again, I imagine the same thing was said about Antony and the Johnsons.

Constant touring has rubbed away any indications of nervousness. Choir Boy are a confident band. If you don’t like them, it’s a question of taste, not polish.

Next up is Black Marble, a New York act led by Chris Steward. The set begins with a stretch of minimal wave songs. They don’t sound like late-period Joy Division, but they do sound like a band who could have comfortably opened for Joy Division. As we go deeper into the set, the better the performance feels. I don’t know if I’m just warming up to them, or if the songs are simply getting stronger. 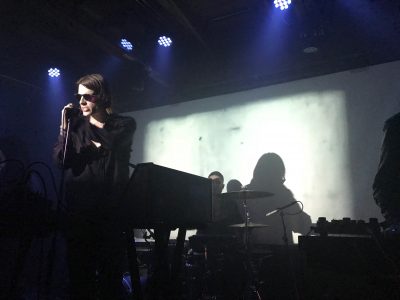 With the stage stripped down to three banks of keyboards, a trilogy of guitars and the lone drum set, three black-clad performers take the stage. A fog sets in against the backdrop of “My Heart is Immortal,” the closing track on Cold Cave’s fascinating 2018 release You & Me & Infinity. The beginning is the end is the beginning as Wesley Eisold makes his way to middle of the stage.

There’s an energy in the room, the kids have come to dance and sing, and Eisold is more than happy and capable of providing the soundtrack to their disenfranchised lives.

“Love Comes Close,” the title track from the group’s debut 2009 album, proves to be the perfect precursor to “Glory,” the recent infectious single that comes as close to being optimistic as Cold Cave will ever get.

Which means, of course, that the next song, “People are Poison,” a 2013 release that eventually made its way onto the Full Cold Moon compilation, feels all the more biting.

The Urban Lounge isn’t my favorite venue, but there is a certain intimacy that its small and low stage can provide for those who are lucky enough to find a place down front. When I last saw Cold Cave, they were opening for The Jesus and Mary Chain in one of The Complex‘s side rooms. I was up against the rail for that show, but the height and distance between the stage and the barrier put at least 10 feet between the band and me. Tonight, I could polish Eisold’s shoes, and that makes the experience more personal, more impactful despite the fact that he is essentially walled in by two keyboards.

We’re treated to the electronic assault of “A Little Death to Laugh” before ratcheting up the distorted groove of “Nothing is True but You,” a duet featuring keyboardist/backing vocalist Amy Lee. Eisold then digs back into the catalog for the early tattoo-friendly anthem “Heaven Was Full.”

It’s hard to imagine that Eisold could be anything other than the lead singer in a band. He has that sort of cold, magnetic charisma that pulls all light to him. This, combined with an outspoken and anarchic dissatisfaction with the world, makes him a classic anti-hero. His voice and stage presence remind me of Andrew Eldritch of the Sisters of Mercy. They are also nothing alike in the sense that Eldritch has been known to antagonize his audience; Eisold is quick to embrace his. It might seem like a trivial thing, but it creates an entirely different concert atmosphere. 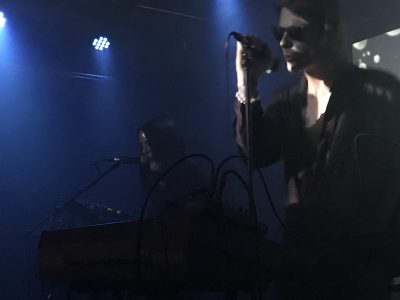 The show hits a crescendo with “You & Me & Infinity.” “Glory” might be a blissful pop tune, but it is the title track from Cold Cave’s new release that stands out as the sort of classic that will echo through bedrooms and pack dancefloors for years to come. I love the way Lee’s backing vocal haunts the mix. Early Cold Cave was nihilistic. The newer material, while not exactly optimistic, presents doomed sentimentality that suggests that for as dark as the world might be, if you’re lucky, you won’t have to take it on alone.

Following up “You & Me & Infinity” is a daunting task, but the deliciously barbed lyrics and danceable electronics of the hook-laden “Confetti” from Cherish the Light Years is a fantastic choice. Sticking to the era for the next two songs, we’re given the guitar-heavy wall of sound that is “The Great Pan is Dead” and “Villains of the Moon,” a track that effectively straddles the somewhat schizophrenic mood swings between the pop and noise aspects of the Cherish the Light album.

At this point Eisold exists the stage as the instrumental “Rainbow Girls” melts into “Heavenly Metals” featuring Max G. Morton, a frequent member of the band who until this point had not appeared onstage, on vocals.

Eisold returns for the non-album single “The Idea of Love” before closing out the night with “Icons of Summer,” a Cherish the Light track that conjures images of Jarvis Cocker fronting New Order with Suicide‘s Martin Rev on the production desk. It probably shouldn’t work, but Cold Cave aren’t beholden to traditional rules.

There is no encore. The 14-song set will have to do. The night doesn’t feel incomplete, but don’t blame us if we weren’t ready to leave the dancefloor.