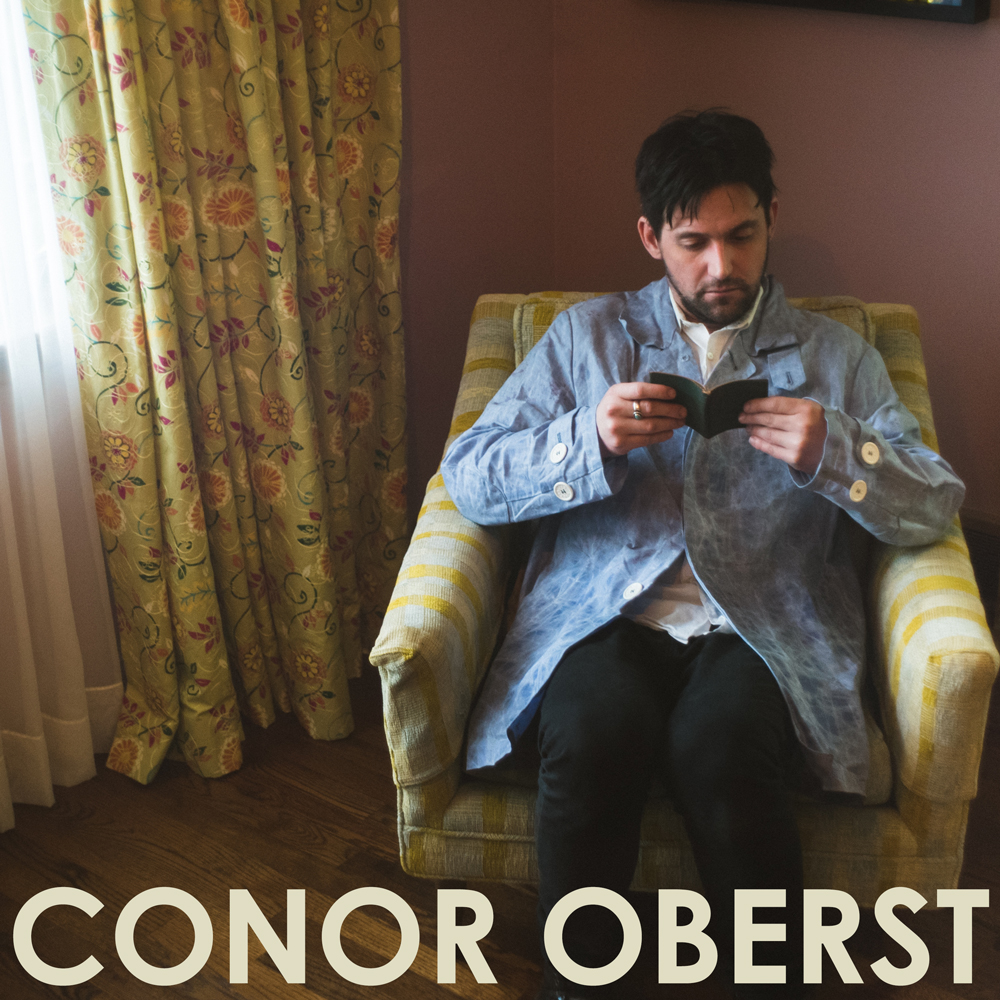 Eccles Theater is a stunning venue, fitting for a variety of acts and located in the heart of downtown Salt Lake, surrounded by interesting architecture, culture and entertainment. I don’t know if there is a better place in the city to have hosted the latest visit from Conor Oberst. Music resonates inside Eccles’ vast auditorium, and Oberst’s craft resonates with people. I have always felt like Oberst was one of the best songwriters of his generation, spinning yarns about things average people struggle with or overcome in a way that is accessible and applicable, and beautiful. He’s the perfect artist to be plucking strings and striking chords onstage at Eccles.

The evening began with opener Tim Kasher, a longtime friend of Oberst’s and frontman for the band Cursive. Kasher played a short, intimate set, a handful of songs really, alone on the stage. It was a good mix of his work and a great exhibition from one of the original voices that put Omaha’s indie scene on the map. Kasher also promised the audience that we would be treated to a sad, thorough and life-affirming performance when Oberst took the stage. If anyone knew what was in store, it had to be Kasher.

Oberst began with Lifted’s “Make War,” an old Bright Eyes song that catered to the crowd’s love of everything Oberst has created over his long, yet very much still young, career. He and his band played it loud and played it fast, almost yelling into the microphone toward the end of the song, showing the emotionally charged version of Oberst that convinces listeners that being frustrated with life’s challenging mysteries is okay and common, yet still unique. The dynamic changed with the second song of the evening, much like the dynamic of any Bright Eyes tune or album. He played “Southern State,” a track from a small project Oberst did with Britt Daniel back in 2002. He played it, slow and deliberate, with his head down and his emotions openly visible. It was nice—it was him.

Then, he broke out the harmonica. People were cheering when he picked it up and put it around his neck, preparing to play another song. They freaked out when he actually began to breathe life into it. The next several songs Oberst played featured him on piano or acoustic guitar, accompanied by the tin sandwich. The songs were from a slew of albums from Oberst’s catalog as well, including tracks from his latest release, Salutations, to some really great Bright Eyes stuff from I’m Wide Awake It’s Morning. That stretch of music was performed energetically by Oberst, in addition to his band, and culminated in a crescendo and then a screeching halt, a slight break.

As Oberst took a moment to tune up his instruments, he began to speak regarding the song he was about to play. He informed everyone that the accordion on the original recording was played by none other than Tim Kasher way back in 1999 on Fevers and Mirrors. He then revealed the tune he was referring to and played a moving rendition of “Something Vague,” a song with the capacity to stir the insides. It was brilliant, only to be followed by “Empty Hotel by the Sea,” with some of the set’s best harmonica work. Before the show, I heard more than one person compare Oberst to Dylan. It’s been said before and isn’t a novel concept, though something I feel is absolutely unfair to anyone. There is only one Bob Dylan, one, but if anything were Dylan-esque from Oberst’s Eccles show, it was the harmonica during that song.

By and large, Conor Oberst played a great show, fluctuating between old and new tracks, out-of-hand renditions as well as sobering ones. His band played with heart, bringing the noise up front when called for and also stepping backward to place the emphasis upon the guy we all showed up to see. The encore was also as close to perfect as a person could make it. He didn’t make us wait too long, played three songs with just one other bandmate on keys, and killed it, leaving us humming the melody to “Napalm” on our ways home.

Conor Oberst has written some of the most honest and poignant music there is from the last 20 years. Everyone in attendance at Eccles was treated to a small portion of it in Salt Lake’s newest venue—one that was truly worthy of accommodating the offering.