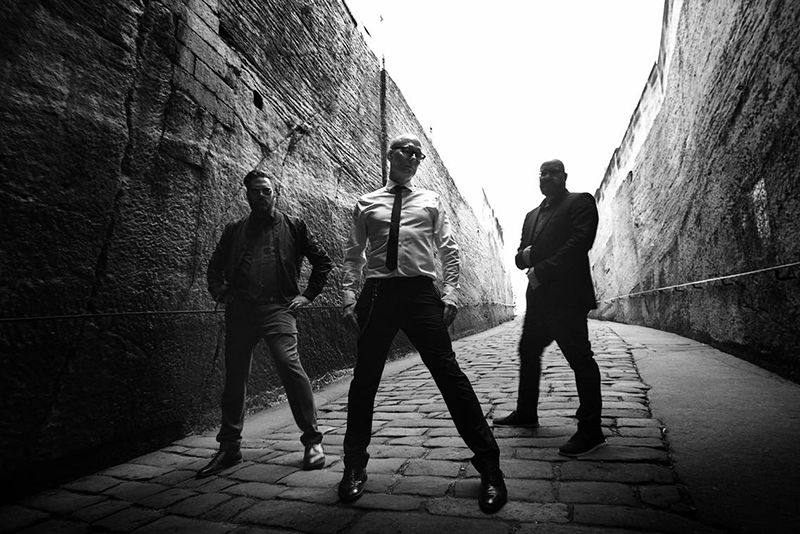 There is the low rumbling of a distorted bass line, the throbbing of an electronic kick drum and the muffled sounds of Eskil Simonsson’s vocals. Covenant, Sweden’s gift to electronic body music, are wrapping up their soundcheck as a small crowd forms a line outside of Club X.

Over the years I’ve had the pleasure of seeing Covenant numerous times, and I’ve never walked away disappointed. Simonsson is simply a fantastic performer, the sort that catches your attention as he walks onstage and never lets it go. The infectious hooks of the band’s distorted pop serves as a sonic jumping-off point, but it is Simonsson who, with all due respect to their contemporaries, makes Covenant the premiere live act of their generation.

With doors just opening, we’ve a while yet before Simonsson makes his entrance. Tonight’s appetizers consist of a pair of local electronic acts, Starbass and Rare Facture. Starbass is unknown to me, Rare Facture are a known commodity that I’ve seen often since being introduced to their debut album, 2015’s Light in the Dark.

Starbass, a one-man act backed by keyboard, computer and a bank of lights, employ a dark and minimal electro sound that pulsates with a Depeche Mode–influenced vocal. There are a lot of bad synth pop and electronic acts out there—Starbass isn’t one of them. Neither are Rare Facture, a more shimmering pop act, who bookend their set with a sense of melancholy that somewhat betrays the typical spirit of the band. There is dancing in the between, a space of pop bliss that is gone too quickly.

After a brief changeover, keyboardists Daniel Jonasson and Daniel Myer (a legendary musician in his own right who has a resume that includes being a co-founder of Haujobb) take the stage. Simonsson enters as the sounds of “Death of Identity” gives way to “Like Tears in Rain,” the night’s only material lifted from 2000’s classic album United States of Mind.

Three decades in, Covenant have amassed nine albums and numerous singles and EPs. Their catalog is vast, from the noise-heavy early releases to the more refined club hits that came later. Throughout the night, I’m reminded that the distance between “Edge of Dawn” and “Sound Mirrors” isn’t as far as you might think, as both songs fit comfortably in a set that includes tracks culled from every major release.

Simonsson is in top form as he stalks the tight confines of the venue’s stage, often retreating behind Jonasson and Myer for some space to dance. The mood is light, and smiles abound. It’s the first night of the North American tour.

Initially, Simonsson felt a bit distant, insisting that the band be backlit, avoiding all use of front-of-house lights. This casts him as a shadow for most of the night, but the silhouetted shape that he has become is entrancing.

It isn’t long before Simonsson’s charm, though shrouded, comes through. He praises Utah, and while that initially feels obligatory, Simonsson mentions a visit to the Spiral Jetty that proves his compliments to be genuine.

It’s the start of a wondrous evening, and the crowd responds in kind.

We’re given a guided tour through the band’s catalog. Many songs are given stories, context. We’re offered “Bullet,” “I Close My Eyes,” “Figurehead,” “Shelter,” “Leviathan,” “Ritual Noise,” “Stalker,” “Lightbringer” (with Myer on lead vocals), “The Beauty and the Grace” and “Morning Star” before closing the set with “Call the Ships to Port.” The two-song encore gives us an unexpected performance of “Leaving Babylon” before wrapping up with “We Stand Alone.”

Over 20 years after their debut album, Dreams of a Cryotank, Covenant are still a force to behold. A vital, menacing weaver of dreams.