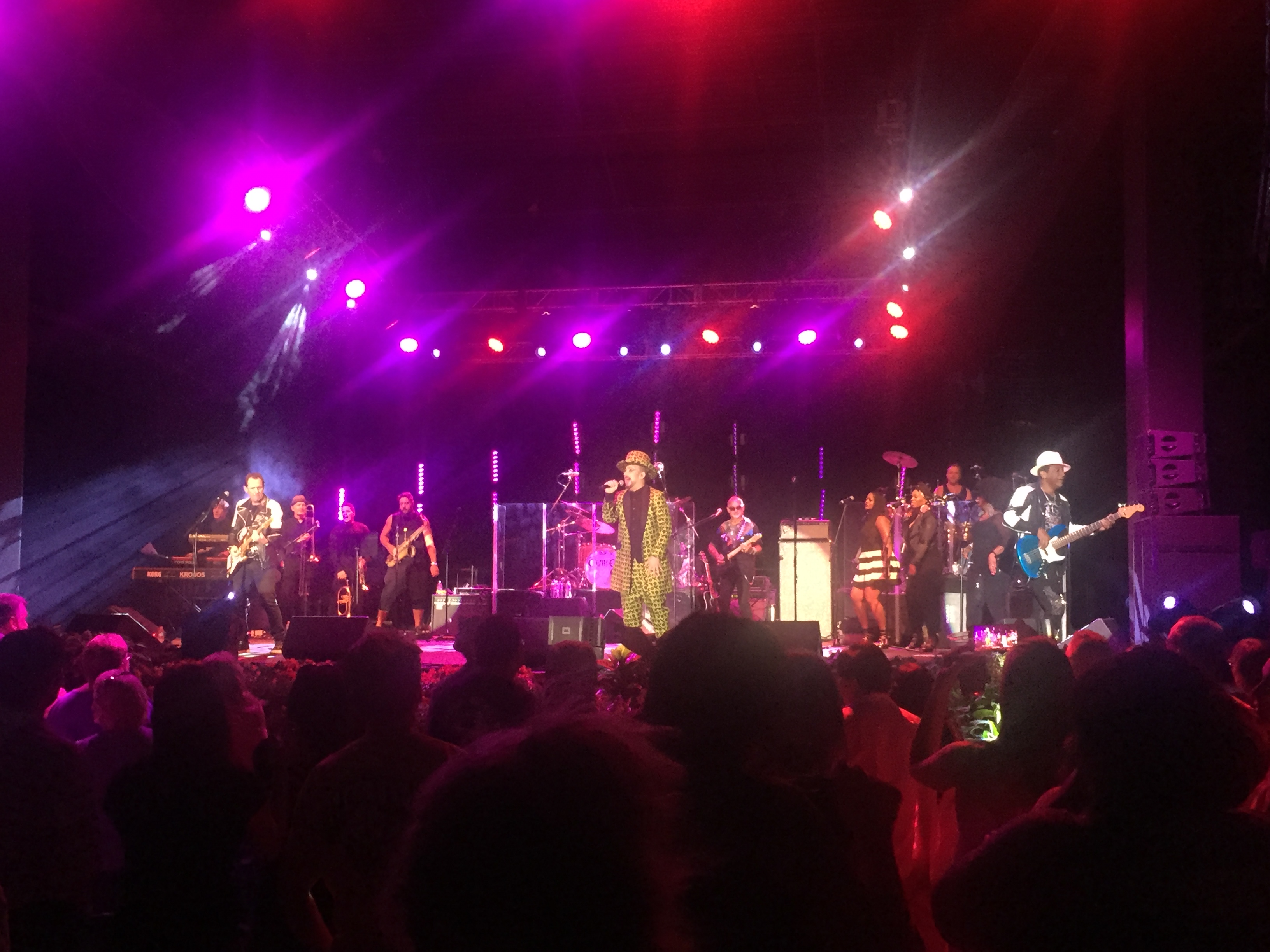 Once upon a time, I saw Boy George at the Royal Albert Hall in London. It was the ’90s, somewhere in the Cheapness and Beauty era. Toward the end of the concert, a pair of his Culture Club collaborators joined George onstage to close out the night. I don’t remember if it was guitarist/keyboardist Roy Hay, bassist Mikey Craig or drummer Jon Moss that was unable to attend (and the internet, while a bastion of worthless information, proved to be no help), but it was the first sign in years that a Culture Club reunion was not only possible, but entirely probable.

Still, it took 20 or so years, a hit single, a flopped album, a breakup, a canceled reunion tour, a gaggle of tabloid fodder and a documentary promising still-undelivered new material before I was able to see Culture Club properly. Well, that and a rather unimpressive opening act called Groves that felt like they were ripped from a prom scene in a Disney Channel movie. It’s not that they were terrible—just completely mismatched. Had the audience been dominated by tweens, their sugary and overtly simplistic pop songs might have been received more warmly. As it were, the crowd played nice and humored the trio of potential Tiger Beat heartthrobs.

As daylight started to fade, Moss walked onstage, sat down behind his drum kit and pounded out the familiar beat to “Church of the Poison Mind,” the lead single from the group’s 1983 breakthrough album, Colour by Numbers. Moss was joined by a trio of backing singers, a guitarist, a three-piece horn section and a keyboardist before Craig and Hay took up their instruments and were followed by Boy George, who arrived fashionably late dressed in a baggy green suit.

For the next 90 minutes, Boy George played the role of congenial ringmaster to Culture Club’s traveling circus. He offered insight to the origins of the songs, often interacted with the audience directly and spoke of the warm reception that the band has received as they’ve embarked on their largest world tour since the 1980s.

“It’s a Miracle,” the band’s ode to the first time they visited America, was followed by “I’ll Tumble 4 Ya” and “Move Away,” which Boy George introduced as a prototypical Culture Club song, as it merged a happy tune with a decidedly melancholy lyric.

Stepping away from the nostalgia trip, the band played “Human Zoo,” a new and seemingly optimistic song about finding the perfect partner. Whereas many bands from the ’80s have tried desperately to update their sound, Culture Club are content to stick to the atmospheric, soulful-reggae-pop groove that made them famous in the first place. It’s the cross-pollination of sounds that made the group impossible to pigeonhole and stand apart from their contemporaries. I’m typically not a fan of reggae-influenced tunes, but Culture Club, like The Clash, manage to pull it off.

Boy George’s debut single as a solo artist, a cover of Bread’s “Everything I Own,” came next. I’m somewhat surprised by its inclusion, but it clearly points to the state of relationships between the band members.

A beautiful rendition of “Black Money” showcased the vocal prowess of the backing singers, and the extended outro, which played while Boy George changed clothes, put the spotlight on Hay’s piano playing.

Boy George returned in a wildly colorful ensemble and fell into “Time (Clock of the Heart),” a standalone single that was later included on the album Kissing to Be Clever in North America (elsewhere, it was later released on the optimistically titled compilation, This Time: The First Four Years, which was released a year after the band’s initial split).

Two new songs, “Like I Used To” and “Different Man,” followed. The first was dedicated to the former extravagance of Boy George’s infamous excessive living, while the second referenced to the singer’s ability to put the drama of the past decisions behind him.

The set closed out with a string of hits: “Miss Me Blind,” their landmark single “Do You Really Want to Hurt Me?” and a stunning arrangement of Boy George’s favorite Culture Club track, “Victims,” before closing out the set with an unusual take on Waking Up with the House on Fire’s “The War Song,” where the verses were sung as a ballad, with the chorus reverting back to the pop-driven hook of the studio version.

For the encore, Boy George returned in a white suit that reflected the design of the evening’s first outfit, and the group launched into a lively extended version of “Karma Chameleon” before finishing with an energetic version of T. Rex’s “Get It On.”

I would have loved to have heard Boy George sing David Bowie’s “Starman” or “The Crying Game,” and the new tracks “More Than Silence” and “Runaway Train” (all of which have appeared in the setlists at various stops on the current tour), but to complain about these exclusions would betray how much I enjoyed the show. The band was in top form, and Boy George’s rapport with the audience was not only humorous—it was honest. Given the chance, I’d happily see Culture Club again.