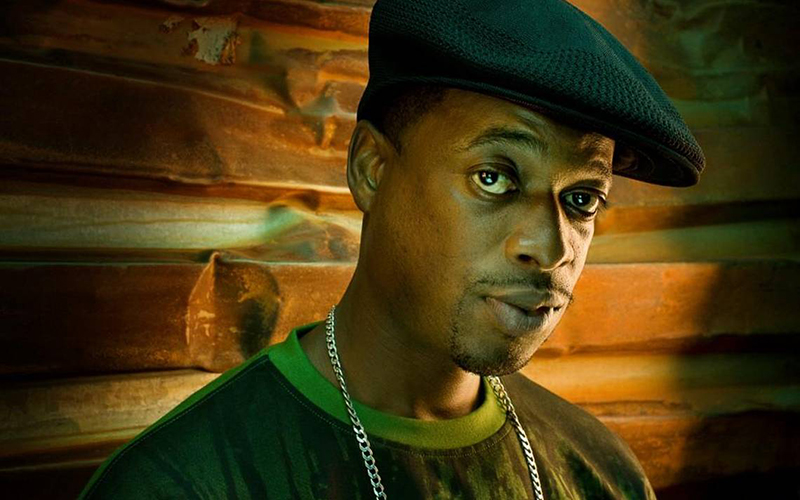 You have to know what you’re getting into when you patronize certain shows. When you attend a Devin The Dude show, you can expect to hear some rapping, some raunchy lyrics, a little singing—and an abundance of smoke in the air, so don’t wear your work clothes. On Wednesday, April 26, The Dude flew into Salt Lake City to rock with some of the valley’s most promising locals … without stepping down from his cloud. Opening for The Dude were Bi$hop Gran, AZA, Shanghaii and Zac Ivie, who played right before Devin and brought the crowd’s energy to a head with his single “Gho$t$.” He welcomed everyone who had anything to do with the song/video (and SLC hip-hop in general) to join him onstage and the energy was palpable, to say the least. If Ivie (@wolfivie on IG) keeps up the work he’s doing, he might just move to the head of the pack. One couldn’t help but notice that, after his performance, he remained attached to the stage, in the capacity of a fan, waiting to enjoy the show with the rest of the crowd.

Then the opening act strut on the stage with a black Redman top, black jeans and black-and-red Adidas, bracketed by the Odd Squad (Jugg Mugg and Rob Quest) on his left and his right. He calmly delivered hits between sips of Bud Light and pulls from a Swisher Sweet cigar. The crowd followed suit as a skunk-like aroma filled the venue while “Doobie Ashtray,” “Lacville ’79,” “To tha X-Treme,” “What a Job,” “She Want that Money” and “Sticky Green” blasted out the Urban Lounge’s sound system.

Devin The Dude manages to combine the weed-laced vibe of Snoop Dogg with the freaky fetishes of Too $hort, minus any of the gangster motifs—he’d rather be in the bathroom coppin’ a squat. His vocals are clear and moist and he never seems hurried with his delivery, so you can hear every syllable in his lyrics, which is a change from modern “rappers screaming all in our ears, like we’re deaf,” like MF DOOM said. With the Odd Squad backing him, he even did a little a cappella singing and rhyming. He might not have the fanbase and escrow account of other mainstream rappers, but he certainly has their respect. He’s collaborated with backpackers to gangster rap icons, having worked with Dilated Peoples, The Roots, Lil Keke, E-40, Jay-Z, Twista, Dr. Dre, 50 Cent and a long list of others.

Unbeknown to some, Devin is much more than a just stoner who can rhyme; he’s a creative, soulful guy who always writes comedy, storytelling, consciousness and positivity into his music. He also does a mean impression, from an alien named Zeldar to a country sound engineer to a Rastafarian. He’s played different roles over the years. The dude is also student of hip-hop who dabbled in breakdancing before choosing to emcee. With Acoustic Levitation—his newest album, the 9th in his discography—he sticks with the same strain he’s always rolled up and passed around. The Dude wrapped the night up with “Anythang.” It’s a song about appreciating life and what is given to you. Pouring with sweat at this point, he urged the crowd to get home safe and then joined the people to take pictures and sign autographs. And really, when you boil away all the extras like jewelry, cars, drama and, yes, even marijuana, that’s what hip-hop is all about. Bringing people together in a positive way. Shout out to Devin for giving his best to his Utah fans on a weeknight.