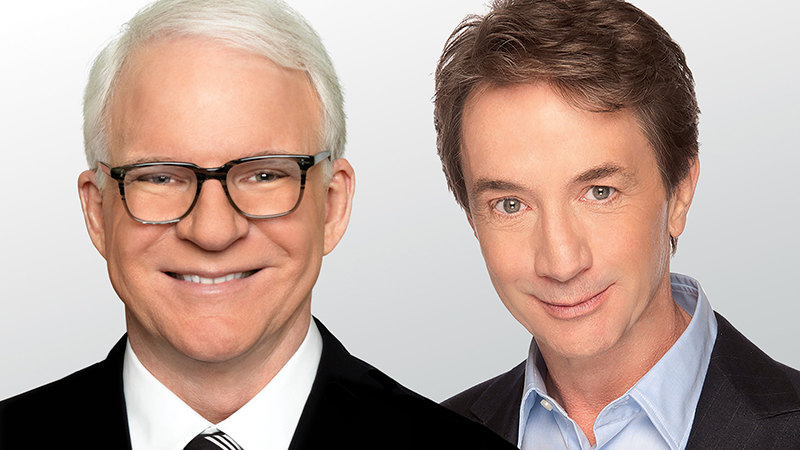 Steve Martin and Martin Short share similar initials but are far from similar in actual being. Salt Lake City had the opportunity to experience them both this weekend at the Eccles Theater, so I will do my best at establishing the duo properly on their first comedic tour since millennials learned spellcheck.

In the past, seeing Martin Short required the ability to physically catch Short at any point and ignore the hair fumes from Ed Grimley’s stoic hair concoction. Seeing Steve Martin generally required a feather-arrow prosthetic going through your temple and a banjo plucked just enough to not be annoying. The movie The Three Amigos was my first introduction to the comedic pairing. Their trials with El Guapo and classic songs like “My Little Buttercup” had me performing terribly in front of my parents for some time. For this show, Short and Martin were not your comedians of yesterday—but I wore the arrowhead through the temple in my proud attempt of a nostalgic catering.

Walking in, the Eccles Theater is beautiful. There’s no way around that. Every nook and cranny lights up in a way to make attendees feel special in its presence. We are the center of its attention, and it does a wonderful job of displaying that. Its tall windows do their best to not let one feel small, and its staff is always polite and welcoming. Regarding the audience, I actually had high hopes for this show. SLC has a very unique concert crowd, but tonight seemed to have caught everyone in a bit of a summer dressing-up malaise. This wouldn’t be so bad, except I was one of the few who did dress up, and I found myself wishing for the arrowhead-through-the-temple ensemble. My Utah friends were as beautiful as always, but they were definitely displaying their courtesies toward summers that linger. Gracing the posh Eccles Theater were cargo shorts as prevalent as they’ve ever been in any frat party.

About the banjo playing … OK, so you wouldn’t imagine music being a theme at a comedic maelstrom, but it kind of was. Between Martin Short’s hopping-on-one-foot dancing and Steve Martin’s poised banjo playing, the night had a lot of “stomp” to it. You ever have that moment where you catch yourself singing along to something without the right words? This evening had that moment—in spades. I stood and clapped for the best parts of most the evening.

As for the two comedians, I love both these men dearly. It is challenging to evaluate them without bias. Please forgive me for my frankness.

This show was a well-oiled machine.

It was formulaic to the point that my giddy heart knew to laugh on cue. It varied little from the YouTube videos of past performances. Not one joke fell flat, though, and this was a wonderful recreation of past stand-up routines and performances on SNL. Halfway through the show, I was just laughing on point with the audience and didn’t mind the show’s deliberate catering to nostalgia.

Martin Short is genuinely funny in his physical comedy. The man is a stitch in the way he shrinks himself down to a tiny portrayal of a character that borders on man and baby. You get the feeling that he is underrated, and he is. Martin Short is an untapped resource. I loved his bits, though I wish he wasn’t used as such gag to complete lengthy monologues. If you are wandering in your presentation, Martin Short will no doubt jump into your arms at some point and save you from such prolonged instances.

Steve Martin (I won’t get to type that so often) is the very reason I write with a comedic prose.  He is simply one of the best entertainers/writers of our time. Since writing for David Letterman, his Carol Burnett–meets–crazy moon man presentation has had us in stitches since Tut was king. It was a bit of sad conclusion to find that Salt Lake City got the same show that past YouTube videos so prominently displayed. This man is an incredible writer, and SNL proved that he can think on his feet, so I (we) expect something like that from him. Mr. Martin, please come back with arrows through your head and that feisty bit of polite antagonism you used to rock us with.

At the end of the evening, the star power alone was worth the ticket. When are you going to EVER see these men come to Utah and perform, whether they first made an impression on you in your teens or your early youth? Seeing Short in odd versions of drag is always side-splitting, and Martin has his pause-in-disbelief (at the sights) down to a science. Even the encore was hilarious. After just a few seconds, Martin bounced back onstage and informed the audience that the lawyers said they had five more minutes left. So, Martin played the banjo for five minutes while repeating, “We have five more minutes left,” until the five minutes had expired.

I really was just happy to sit in front of Short and Martin and to be with them for a bit. The unique thing about Short and Martin is their ability to make you feel like one of them—that you’re in on the joke as well. They felt like friends for an evening I will never forget … even if that means I missed the point.