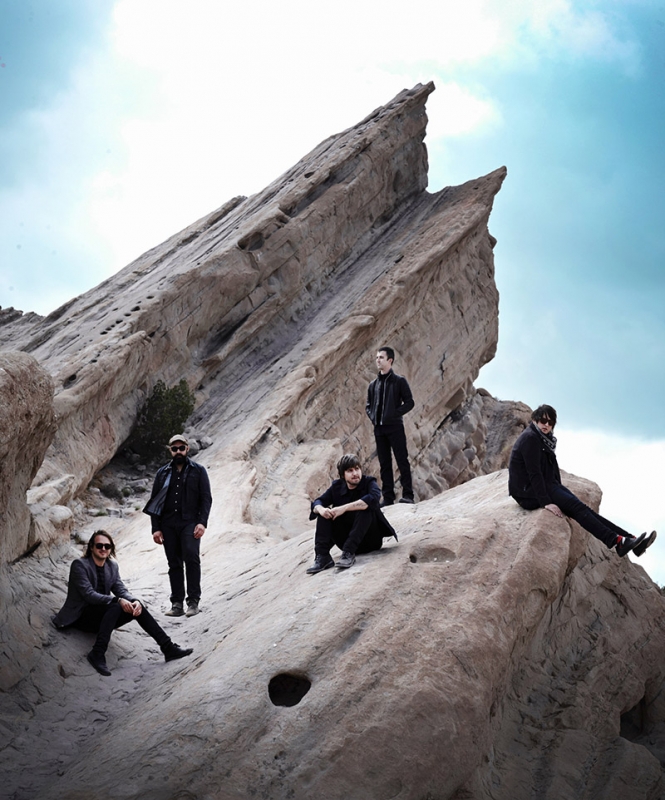 Post-hardcore darlings Finch came though Salt Lake in support of their latest album Back to Oblivion. Photo: Jonathan Weiner
After quite a few years in a Finch-less hiatus, the world is a bit brighter now. The popular 2000s post-hardcore group was scheduled to stop here on their last tour, where they were meant to play my favorite album, What It Is To Burn, in its entirety, but weather stopped them and they never rescheduled. My heart never really fully mended until I heard the surprising news of a new album and support tour suddenly manifesting this summer, and I made sure I was at Club Sound for their return.There were two openers on the online bill, but the band unloading just as I arrived matched neither of those names, so I have no idea what was up with them. But next up was a fellow Razor and Tie group called Wounds hailing all the way from Dublin, which I didn’t discover until the crowd banter and the lead singer’s offer to sell off his Irish passport for $60. They have a really interesting sound and stage presence, a cocktail of punk and anthem-style alt rock that pulls no punches lyrically, built on an atypical songwriting structure for either genre. The lead singer had a cocky dirtbag swagger reminiscent of Steven Tyler or even Jagger, mixed with a little Captain Jack Sparrow for good measure, transitioning between thick gut screams and a sort of yell-sing meant for rallying hooligans to war.I was only halfway through my monstrous beer when Finch was suddenly onstage. Apparently the second band listed online had dropped off. I chugged it as fast as I could to join what was frankly a disappointingly small crowd, but the show was not very well-promoted. I saw more about it from the band’s official page than anything locally. But the crowd that did show up was ravenous and passionate like me, jumping around and starting what I will call “mosh pits for people who don’t go to metal shows,” which is basically dancing but without using your peripheral vision. Everyone was screaming lyrics in Nate Barcalow’s face and staying close to the stage, and the band seemed to respond very well to it, as bands always do. Guitarist Randy Strohmeyer remarked how shitty their show in Vegas had been in comparison, which I always love hearing.They played far more of their older songs than I thought they would, including all of my favorites from What It Is To Burn and quite a few from classic follow-up Say Hello to Sunshine, closing with the title track of the former album in dramatic and awesome fashion. While I’d already heard and enjoyed the new album, it was great to see how well the new tracks really blended with older ones in a live setting. While I’d never seen Finch live before this evening, I must say their energy on stage is still something amazing, especially considering how long it’s been since they’ve been doing this together. Comebacks are always a delicate thing, but I think so far, Finch has made the right moves for a triumphant one.
Photos: