00:00 / 16:39
Spotify Stitcher
RSS Feed
Share
Link
Embed
Wednesday night brought a small but resilient clutch of metal fans back to Bar Deluxe for one more musical beating. I was surprised at the comparatively small turnout, though it was, after all, a weeknight. I arrived early enough to catch the first band, Portland’s Hot Victory. At a glance, Hot Victory, a drums/electronics duo, confirmed what many may have suspected for some time now … 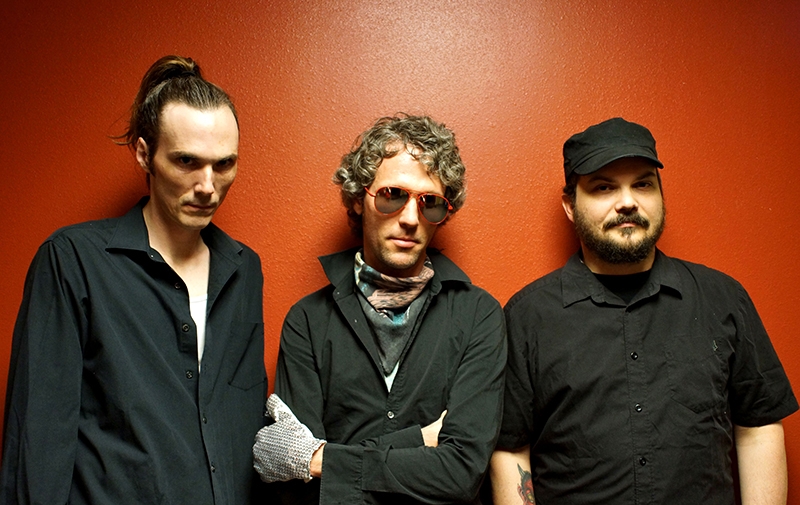 Wednesday night brought a small but resilient clutch of metal fans back to Bar Deluxe for one more musical beating. I was surprised at the comparatively small turnout, though it was, after all, a weeknight. I arrived early enough to catch the first band, Portland’s Hot Victory. At a glance, Hot Victory, a drums/electronics duo, confirmed what many may have suspected for some time now: Heavy metal is running out of creative sap. This is not to find fault with Hot Victory themselves, who are clearly attempting to think critically and take musical risks, but rather with the genre as a whole. Heavy metal has survived various deaths over the decades. But what has remained consistent through the years has been metal’s blessed, black lack of self-awareness. Whether classic, technical, or sludgy, what metal offered was freedom from giving a rip what other people think. It was this sweet oblivion which made parodies of metal at once hilarious and poignant.

Recently, however, metal seems to have entered into an Oedipal crisis. The mounting monotony of the music, in particular in sludge and doom circles, has created a need to rebel against Satan and break away from metal’s foundational figures, or at least radically reinterpret them. Thus there emerges of an ever-broader array of sub-genres, the most recent being post-metal—angsty young men still fixated on the same thing they’re so totally over. It’s the prefix “post-” that announces the transition to self-consciousness, the tipping point at which it becomes embarrassing to care too much, let alone show it. It has become uncool to appear unreflectively invested in the music or willing to lose one’s ego while performing. Yet, it’s simultaneously uncool to abandon metal for a less extreme form of music. Consequently, bands appear increasingly to stand outside their art, considering it as an external object to be polished, amplified, or supplemented, though either musical or visuals means. Metal has become a technical problem.
This awkward self-awareness, a kind of musical dysmorphic disorder, is what leads to strategies of the sort presented by Hot Victory. Eschewing all basses and guitars, the very stuff of metal, the duo appears on stage with just two drum sets and a profusion of electronic gear. That the various MIDI controllers are in no way ancillary, but entirely essential to Hot Victory’s sound and setup, is announced by the conscious decision to use fluorescent tangerine cables under black lights. Here is a band at the innovative edge of metal, trying to reorient a genre it considers too old to indulge in with certain cheap and familiar thrills.
Of course one could take these innovations, along with others to be seen in an array of experimental metal bands, for abundant evidence that the scene is vital and thriving. Because what isn’t metal trying out these days? But the current self-conscious determination to reinvent everything smacks perhaps too much of the massive reimaging campaigns that have absorbed so many corporations and universities in recent years. Suddenly, learning is declared to be all about critical thinking and risk taking. But does the flurry of innovation, along with all the new building projects, indicate a genuine surge in creative power, or is it not merely an indication that nobody really knows what education is all about anymore? Why else the perceived need to be all things to all people, and all at once? The constant encouragement to dream big and reinvent everything begins soon enough to feel like an expectation, a nagging demand. Because you can, you always must outdo everyone, including and especially yourself. No matter how successful you are, you always could have done more, stacked higher, run farther. In a word, heavy metal has become academic. As an established institution, metal today is constantly researching and developing, but no longer making any lasting statements, no longer getting anywhere that matters. No difference how loud, low, black, slow or ugly you are, you always could have been louder, lower, blacker, slower or uglier. Or, you could have been even more experimental. A sincere feeling of relevance and purpose has been replaced by a profusion of logos, slogans, postures, and gimmicks.
That Hot Victory (along with the other bands on stage Wednesday) managed, against all odds, to remain something other than heavy metal go-getters is highly admirable. It most likely bodes well for them as individual acts and actual human beings. Though, I don’t know that the facts of these specific cases bode especially well for the genre as a whole. What Hot Victory, Thrones and Floor seem to share—each for their own motives – is an indifference to becoming successful, in any market sense of the word. While Hot Victory has forayed off into the realm of non-EDM MIDI experimentation, Joe Preston of Thrones has, on the other hand, has emerged as a kind of one-man cottage industry. Various members of a younger generation may restlessly vie to invent whatever will replace the iPhone, but the tenured Preston seems content simply to live off being the avuncular Joe. His use of onstage electronics has far less to do with experimentation than lightness of travel and ease of setup. And his handling of merch seems accomplished in the same spirit. He’s not trying to grow a brand—he’s just running a traveling mom-and-pop convenience store. Without lofty ambitions or a drive to prove anything, why contend with a mob of elbow-y young dudes?