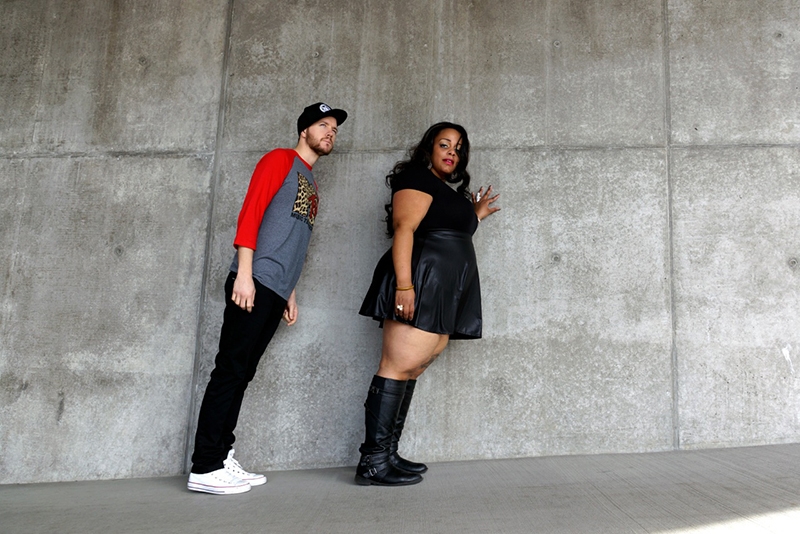 I will admit, I don’t attend enough concerts at The Shred Shed to know how many people this venue typically pulls. However, it’s a Thursday night and I’m one of about 11 patrons who made it out to see this lineup. Granted, I do a lot of volunteering for Kilby Court so I know these things happen, but still. The citizens of Salt Lake City were not rallying for this potentially solid show.

In any event, we’re here. The local dubstep artist Durandal takes his place on stage with a laptop and an automated turntable. At first, I guess I was expecting something along the lines of the familiar, party-style electronic sounds which dominated a lot of the gatherings I went to during college. However, Durandal’s sound is immediately differentiated by a style which I can only describe as mechanized horror. He’s using deep drums and heavy bass riffs which gets the crowd rocking slowly to the rhythms. But his interpretations of  the “wah-wah” stretches the bend so that they sound almost like low octave saw blades in abandoned factories.
It’s definitely unsettling, but pretty amazing because it feels like that’s exactly what he’s going for. With the additions of reggae samples, and a clever use of Kendrick Lamar’s “Backstreet Freestyle,” I see faint connections to my usual experience of dubstep. However, his music is more hardcore and abrasive than a lot of metal bands I’ve seen recently. For real. And with all seriousness, if Michael Bay ever comes out with with a Halloween sequel of Transformers, Durandal should be definitely be doing the soundtrack.
The next band up is a group of young guys called Attack the Sunset. They are an offshoot of pop punk music that I thought had died back in 2008. I’ll put my biases out in front so there isn’t any confusion: I really have a hard time with pop punk, even when it was in its Golden Age. The scrunch-nosed singing, the emotionally muted guitar picking, the chanted choruses, band names that should be book titles, etc. It all strives for an aesthetic that’s way too burlesque for me to believe in. So take this with whatever dose of sodium you require.
Still, Attack the Sunset seem like they’re working out some kinks. They have initial difficulty syncing up with each other, and the lead guitarist is turned up so loud that it’s almost impossible to hear the lead singer or the bassist. I hear a little influence of bands like Yellowcard, Paramore, and All American Rejects, but it’s not quite tight enough for me to feel good about writing a more positive review. Don’t get me wrong–they have potential. The lead guitarist especially incorporates some tricks with his delay pedal that catches my attention. However, they’re going to have to really focus on their sound for future shows. I believe in them.
After Attack the Sunset gathered their gear, Seattle duo Fly Moon Royalty take their places. Vocalist Adra Boo warms up her impressive pipes while keyboardist and MC Action J assembles his jam station. They introduce themselves to a funkadelic beat with a bravado that prepares the audience for their impressive fluidity between R&B, soul, hip-hop, funk, and rap influences.
Adra Boo’s voice is reminiscent of a cross between the R&B female vocalists of the ’90s like Destiny’s Child but with more of the attitude found in ’70s funk artists like The Brides of Funkenstein. Her lyrics are filled with witty lines about heartbreak and self-assertion. During the song “Higher,” Boo repeats the line “I just wanna be with you” while using her full body when she sings in a way that shows a real connection to what she’s saying.
Periodically, Action J takes breaks from the keyboard to spit rhymes into the microphone. In the song “Action Speaks,” the two tell a story of attraction in a kind of back-and-forth, dialogue style. Action J runs his mouth at top speeds about his fascination with a woman while Boo responds to him in choruses of slower, soulful words. When Action J gets back behind the keyboard, however, he continues to impress. He plays solos on unexpected synth samples, such as the infamous “electric guitar,” that I would have never believed was played on the keys. Also, while using a keyboard sound that’s almost identical to Stevie Wonder’s “Superstition,” the audience gets dancing to one of their hit singles “Piece of Me.”
Finishing with the song “The Anthem,” the duo receive a loud applause from everyone at The Shred Shed. Feeling sufficiently funkified, many of the patrons take to the road while a handful of people stick around to catch the final act Brain Detergent.
Unfortunately, I don’t have many good things to say about Brain Detergent’s performance that night. I mean, on the heels of Fly Moon Royalty, I’m sure plenty of local artists would feel a little pressured to match up. However, Brain Detergent seems to struggle almost through his entire set. His sound, which reminded me of an older style of European techno music, basically replays the same drum track (“boots and cats and boots and cats”) while he attempts to synchronize additional effects that keep slightly missing the tempo speed. There are brief moments when he really gets going, but for the most part, he doesn’t lock in for longer than a few minutes. If you’re reading this, I’m sorry man. Keep working on it.
So, although the night had some ups and downs, Fly Moon Royalty did a hell of a job bringing in some new styles to our very funk-starved town. Next time these two come to Salt Lake City, I’d better see you there.
Photos: