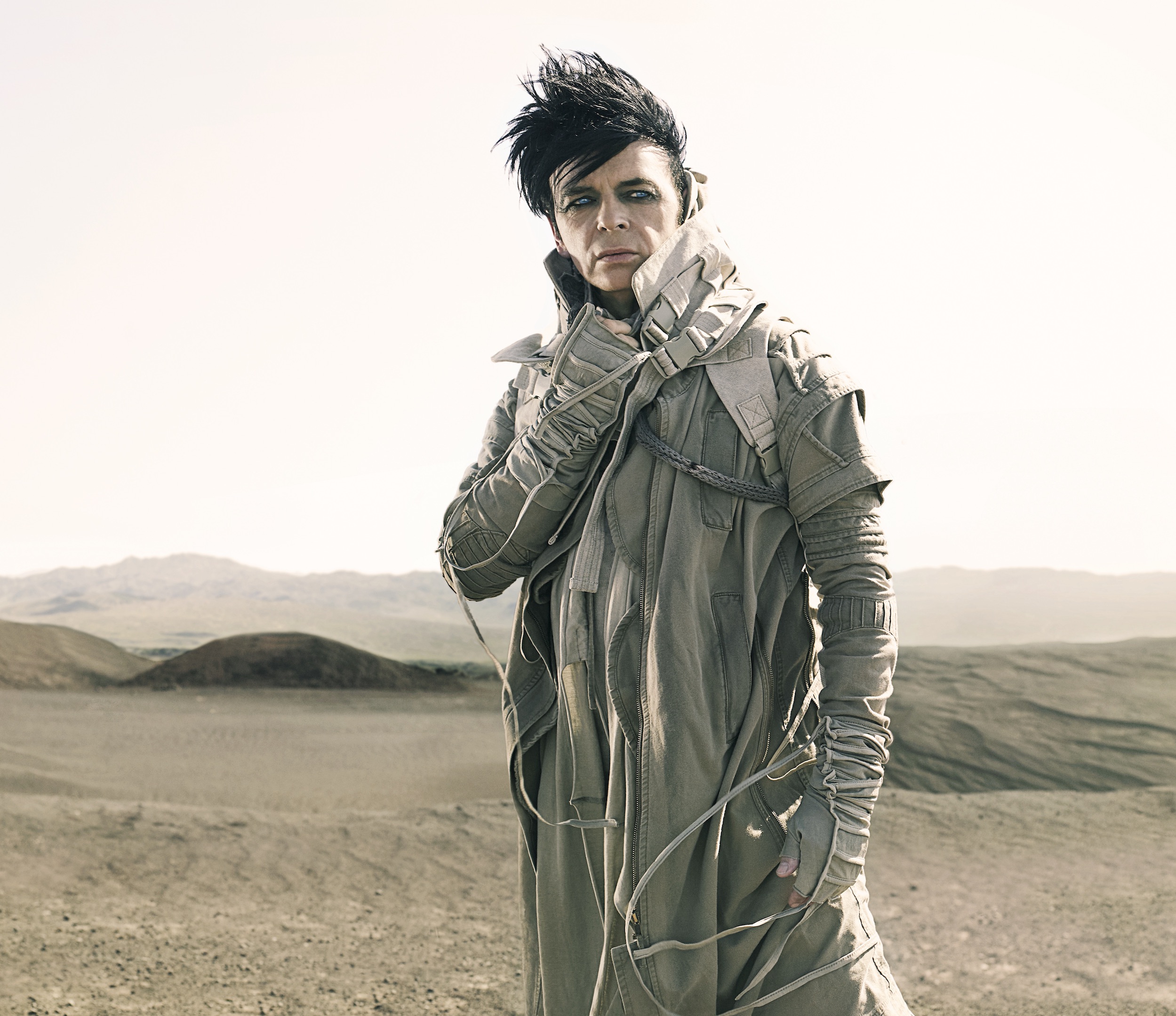 It was a cold Wednesday evening, ushered in by the first heavy snow of winter, when Gary Numan took the Metro Music Hall stage for the final date of his Savage North American Tour. For many in the audience, it was their first opportunity to see Numan, an artist that has long been on my bucket list. No one was quite sure if this is Numan’s first concert in Utah, or just his first show here in over 30 years.

There was a palpable excitement that even the already-drunk philosophers and their rambled and oft-repeated tales of conquest couldn’t subdue. However, the guy who wouldn’t stop taking videos of himself throughout the night—he came dangerously close. I can only hope that he was strung-out and hallucinating. The only other alternative is that he was channeling Kim Kardashian. I can only imagine that she would smell better.

The evening began with a performance from local act Primitive Programme. They’ve gigged around and about, but this was my first time seeing them. They sound like a band formed as the anger of punk subsided and was replaced by the raw but tuneful sounds of post-punk England. They’re good, but I think they have yet to craft that pop gem that they’ve been searching for. The fact that they close out the set with a John Foxx–era Ultravox cover of “Slow Motion” is more on the nose than they might realize. There’s also bit of The Cure’s Three Imaginary Boys mixed with Big Country, Devo and a touch of early New Order in their songs. It wouldn’t be far-fetched to imagine them opening for Numan’s Tubeway Army in 1978.

Then Numan took the stage and instantly dropped jaws and left the audience breathless.

Numan’s live shows are something of legend. His numerous live albums are a testament to fans wanting something physical (or aural, if you will) to remind them of the experience. Now I fully understand why. Some performers are not created equal—they rise to the top and garner a devoted audience. Numan is one of those performers.

Those who showed up expecting to hear The Pleasure Principle painstakingly and faithfully reproduced note for note, and those who hadn’t heard any of Numan’s darker material following the creative stalling of his ill-conceived Machine and Soul, were likely alarmed by the industrial grind of the set-opening track “Ghost Nation,” the first of six tracks that Numan would perform from his newest release Savage: Songs from a Broken World. I imagine the experience would be akin to someone who had only known Ministry’s With Sympathy and stumbled into a The Mind is a Terrible Thing to Taste gig. The difference is that Numan is still apt to revisit his past work in rearranged versions that incorporate the heavier, darker feel of his newer material.

Not that the darkness is particularly new. It was always there lurking in the corners of his dystopian vision of the future: a vision that was muddied in the second half of the ’80s, but was rediscovered with 1994’s industrial album, Sacrifice.

The performance was split between new tracks from Numan’s recent material with updated versions of older material.

Along with “Ghost Nation,” Savage was represented by “Bed of Thorns,” “Mercy,” “My Name is Ruin,” “Pray for the Pain You Serve” and “When the World Comes Apart.” From Splinter, Numan’s 2013 release, we’re given “Everything Comes Down to This,” “Here in the Black” and “Love Hurt Bleed.” 2011’s Dead Son Rising was represented by “The Fall,” and “A Prayer for the Unborn” wrapped up the main set.

Unfortunately, at least for me, the evening would not include any tracks from either Sacrifice or its follow-up, Exile (Jagged was also not represented), but the set did reach back to Numan’s classic albums The Pleasure Principle (“Cars,” “Films,” “M.E.” and “Metal”), Replicas (“Down in the Park,” “Are ‘Friends’ Electric?”) and the single “I Die: You Die” as the evening’s final song.

Throughout the night, Numan stalked the stage, dancing while bathed in a constant swirl of flash and color. There was a ritual-like nature to his performance—not quite like a Coil or Killing Joke concert, but something unique and unto itself. His band flung themselves about the stage, clearly enjoying themselves. Numan’s disposition was more serious, but at times you’d see a smile crack through. When it came to the final encore, the smile was no longer hidden as he introduced his band, praised his crew and thanked the audience. There was a sense of relief and joy after weeks of touring. Home was in sight.

We’ve been blessed with some tremendous concerts this year, and this was one of the best. I bet even the guy who was filming himself the entire night agrees.