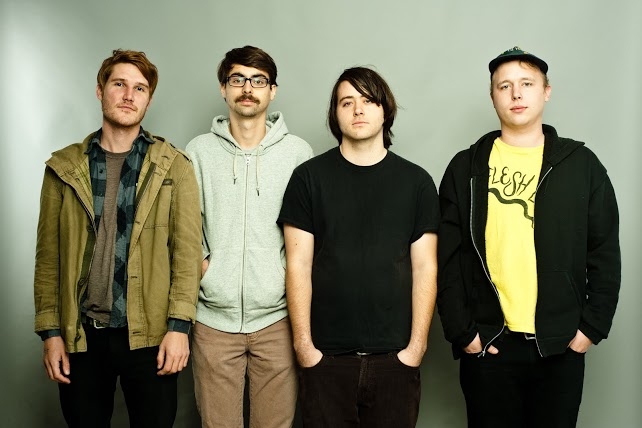 Ghetto Ghouls headed up a night of garage and psych-rock at Diabolical Records. Photo: Jon Chamberlain

Thwarting all the attempts of curing my rock n’ roll psychosis, I am lured to the most visited alleyway in Salt Lake City. It’s Monday night—I need music to feed my soul. Any attempt via the universe implementing Murphy’s Law is swiftly overcome. Making my way down Edison Street toward Diabolical / Albatross Records, my ears tuned into the current being channeled by Seven Feathers Rainwater. My ears immediately caught on to the eerie vocals as I managed to squeeze into the record shop. Taking it all in, I observed that Seven Feathers Rainwater’s setup looks remarkably complicated. I arrive just in time for their finale, to which I noticed they were met with the mass approval of the audience, as they were given a warm sendoff. I confess, though, that it was not quite up my alley, despite an enticing of combination of synth and a prominent backbeat.

Lake Mary’s act further contributed to a “different” experience for me. While before, the audience had been standing, now, the majority of the attendees were inspired to sit in a semi-circle. Lake Mary’s approach to performing to the gathered crowd was as non-authoritative as it was non-threating. Their demeanor was like being a part of the audience, while also carrying on like a jam session. There seemed to be a subtle elegance in their performance. This was highlighted during their final couple of numbers, during which they bring out a cello and initially perform with it in a more traditional manner. Much to my enjoyment during their last tune, the cellist switched gears. He used it as a stand-up bass, giving their conclusion a jazz feel. This left the crowd on a kind of beat note, to which the audience responded enthusiastically.

Even though they were providing the only noise in the shop, I found it difficult to keep my attention fixated. They reminded me a bit too much of something kumbaya-ish, though they clearly lacked the religious aspect. I held a certain aversion, but they were warmly received. I just needed something with a bit more eccentricity, something to that would keep my blood pumping. Luckily for me, Ghetto Ghouls delivered a hardcore-filled punk blitz and then some. They blasted into their set with a ferocious barrage on the senses by opening with “It’s So Cold.”

To carry out this assault, the band mustered a raw garage punk sound and muffled, screaming vocals. During some occasions, they seemed to be playing to themselves, facing away from the audience. However, this was easily overlooked by observing their vocalist move about, jerking around kind of like a mad dog. This gave their act a feeling of charismatic, brutal passion. Despite needing to tweak some things here and there, their set was more or less straightforward—they lacked any uncertainty and dealt with any complications with a certain smoothness. Though they’re not the most remarkable band, they do deliver an intense gig with plenty of flavor. Short and sweet, their distortion heavy set left a noticeable humming in my ear upon their conclusion. Unfortunately, by this time, I noticed that the once-packed house now was dwindling a little bit.

Though their set was quick, Ghetto Ghouls set the tone for the rest of the night. Next on the list was Salt Lake’s own garage-punk ensemble, Swamp Ravens, who blasted through the distorted haze left by Ghetto Ghouls. Vocalist Mikey Blackhurst delivered distorted wails that kept my ears perked when coupled with the Fuzztones-like sound produced by the keyboardist. Playing in short bursts, they gave the remaining audience a taste of Cramps-inspired, western-style rock n’ roll. Despite the brief but break heavy set, I was ready for more.

Last on this night’s set list was Lorelle Meets the Obsolete, a Mexican psych-rock group on their way to Austin Psych Fest. Launching into their set, vocalist Lorelle delivered a soothing and haunting, fuzzy wail. This, coupled with energetic psych-styled rock n’ roll, contributed to suspenseful buildups throughout the set, keeping the audience interested. They kept the mood consistent by adding energy to the flow. Their method of playing psych-rock allowed for one to get sucked in without feeling wearied by a lack of buildup. Though they played straight through without taking a breather, their consistent increase in energy inspired a feeling as if I was on continual wave.

Even after their conclusion I still had a ringing in my ears and required a minute to get back to normal. On my way to my mate’s car, I came to the realization that I may not ever get over my rock n’ roll psychosis. This was, no doubt, influenced by the buzzing feeling still in my ears. But I think I’m OK with this. Besides, is there any better way start off one’s week than going to a gig?