00:00 / 16:39
Spotify Stitcher
RSS Feed
Share
Link
Embed
Although Sempiternal Void is exceptional and possesses a strong originality in a genre where many bands are content at attempting (and failing miserably) to remake Under a Funeral Moon for the seven millionth time, Gravecode Nebula is certainly a band to be experienced live if you ever are given the chance. 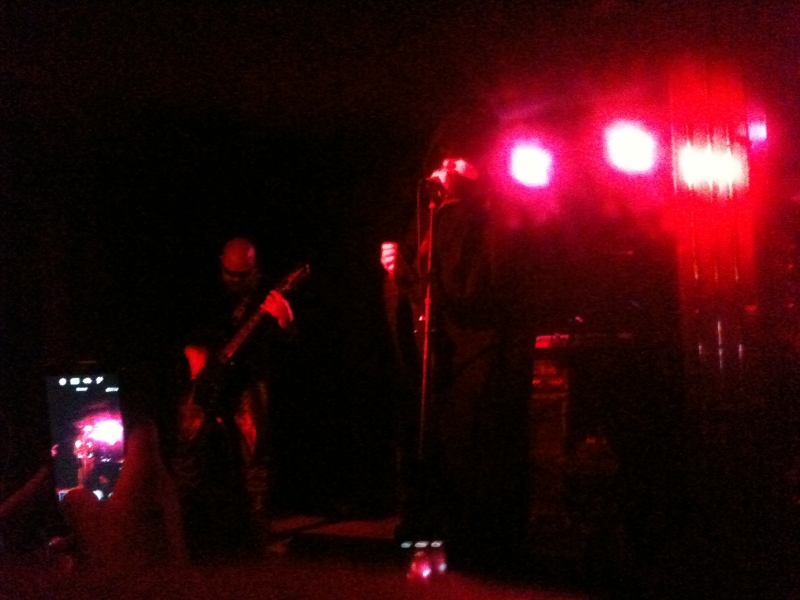 SLUG probably wouldn’t let me review a typical Friday night in my life, which would probably go something like: “My friend’s house was empty despite the fact that it’s a weekend night. The Moab Brewery IPA was lukewarm, but I didn’t care and opened it anyway. In my hands was the coveted Castlevania 4 for the Super Nintendo…” So, partly because I can pwn (no, that’s not a typo) Castlevania on any given night, partly because I was going to the concert anyway, I accepted the challenge to review the Gravecode Nebula release show for their new album Sempiternal Void. My buddy and I still got some quality SNES time in, before eating at the Chinatown Eatery on State Street and heading down the road to Bar Deluxe.

There was already an unholy aura in the venue, an atmosphere that I felt more comfortable with than, say, at church. A little past 9 o’ clock, Burn Your World played a curious blend of thrashy death-metal before clearing the stage for Las Vegas doom metallers Demon Lung. Demon Lung certainly brought the noise, playing a doomy, bass-heavy set full of lengthy songs, which did its part in loosening the partially digested dim-sum in my stomach. Many in the crowd seemed familiar with the group, mouthing lyrics and head banging at accents in the tunes. The red-headed vocalist sported a white dress, swaying around like the Bell Witch tormenting a Tennesee household in the 19th century. Halfway through their set, the singer asked us, “Have you guys seen a movie called Warlock? Because most of these songs are about that. We’re not Satanists…we just like movies about Satan.” I can stand behind that last statement with all my heart and soul.

And then it was time for the band of the night. Sporting a pair of pitch black sunglasses, Gravecode Nebula’s guitarist Dyingnysus gave the audience a no-bullshit introduction: “We don’t really talk and shit in between songs so…” He then thanked us all for coming out and showed his appreciation for the supporting bands, before extending an invitation to purchase their new CD, as playing black metal is kind of a “thankless job.” We wandered over to their merch table where their album was arranged in upside-down cross formations, CDs on one side and tapes on the other. My friend—fuddled from gin and tonics—produced three crumpled dollar bills to the merch girl so he could get his Sriracha-stained fingers on a Sempiternal Void cassette (in his opinion, tapes kick the shit out of records in coolness and I can’t say I disagree with him on this one). Dyingnysus then took a sip of beer before proclaiming, “I’m going to take a piss and then we’ll get started.”

Visually, the get-up of Gravecode Nebula was the most interesting, particularly that of their singer and keyboard player. The keyboard player wore a cloak, mask and skeleton gloves while swirling layers of sound on top of the droning black metal which spewed forth from the stage, while the vocalist looked like a lost soul with a painted white face, staring down the audience like we had personally wronged him, floating around the stage when he wasn’t growling and shrieking his lines. At one point he drank something out of a chalice (I’m going to say blood, because that would be a hell-of-a-lot cooler than grape soda).

While they were playing, the reason as to why they don’t talk “and shit” during their sets became apparent. Their approach created a thick, electrically charged atmosphere which would have certainly been interrupted by talking, which too many bands find themselves doing while onstage: telling who wrote what, asking people to buy them drinks, etc. This uninterrupted flow of brutal, almost psychedelic audio-visual art worked wonders. The crowd seemed locked in a trance, headbanging as if a hypnotist had instructed them to do so under a spell. I caught myself fixated on the stage and the soundscape as one entity, feeling like I was a bystander in some sort of cosmic death ritual.

When they finished playing, it felt like coming down from a particularly intense dose of some sort of obscure jungle psychotropic. This is probably ninety-percent because of Gravecode Nebula’s performance and ten-percent my poor dietary habits of the previous twelve hours.

Although Sempiternal Void is exceptional and possesses a strong originality in a genre where many bands are content at attempting (and failing miserably) to remake Under a Funeral Moon for the seven millionth time, Gravecode Nebula is certainly a band to be experienced live if you ever are given the chance.