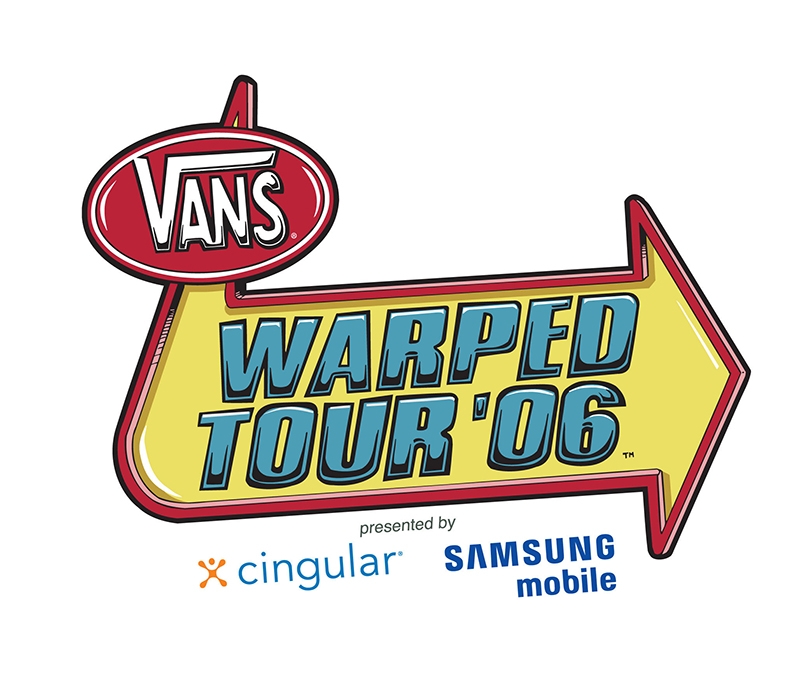 Going to a music festival in 100 degree weather is crazy. Sweating while just standing still, in the shade, just isn’t the time for a circle pit. Warped Tour is something that I used to plan my summer around, but the traveling punk rock festival just ain’t what it used to be. Sure, it’s always been hot but this years line up proved that the Warped Tour has definitely changed a lot, but in the past few years so has the Vans Company. Back in the day the Warped Tour was a three-part festival, 1/3 action sports, 1/3 music and 1/3 activism. This year the sports and activism had been cut back, along with the quality of the music. I can’t count the number of times during the day that I was trying to cool down in the shade and was verbally assaulted by some jack ass on stage with a girl’s haircut screaming something about love. When did Warped Tour get so fucking weak? That’s what I want to know.

Unfortunately, both the Vans Company and the Vans Warped Tour have strayed far from the path they once followed. The Vans store used to sell skate clothes; skate decks and many of the stores even had skate ramps in the back. Today, Vans carries cutesy skate clothing for kids who want to look like skaters but have never stepped on a skate in their life. Vans used to be shoes to skate in and now they’re shoes that look like really cute with your jeans. The tour has suffered, too. It isn’t for kids who live the punk/skate lifestyle anymore; it’s for kids who want to pretend that they’re living it, but without all the dirt involved. Fucking lame if you ask me. It’s affected everything about what used to be the “punk rock summer camp tour,” half the kids who attend think that the only way to rock out to your favorite band is by jumping up and down and looking like a fish, complete with the rock on sign which some of them manage to fuck up and do the “I love you” sign instead. “None of the jocks know what a circle pit is and they’re always fucking them up as well, and let’s admit it, the majority of the bands really aren’t that awesome.

Don’t get me wrong, not every band on the tour was shitty. Some of the bands I got to see that day were great; to me Warped Tour has always been about the up and coming bands. It’s cool to see the big main stage bands, but a whole lot cooler to see the bands playing on the small stages and who quite honestly are going through hell to be on the tour. My favorite acts of the day were The Bouncing Souls, The Dollyrots, Less Than Jake, The Vincent Black Shadow and Valient Thorr. Three out of five of these bands were on the smaller stages and were only drawing crowds of about 30 people.

The Vincent Black Shadow entertained a crowd of around 20 on the tiny Shiragirl stage. Cassandra was stunning in her hot pink mini skirt and wedged heels, but this front woman wasn’t without an edge, either. When a group of high-school aged boys began doing that dumb jumping thing she was quick to tell them, “I don’t want to see jumping! I want to see blood!” Which was followed by a shrill scream. Between songs, they joked about being pulled over and sodomized by border patrol among other things. “Warped Tour is really the best possible way for a new band to expose themselves. We like to expose ourselves and have only been arrested for it a few times, so I’m trying hard not to, especially with minors in the crowd,” their guitar player Robbie joked. This band’s stage presence greatly enhances their throwback cabaret style.

Valient Thorr was one of the most recommended bands by other bands on the tour and I think that they’re due to be the next big thing. These guys fucking rock! They sport Viking style beards, wield their instruments like battle-axes and have a stage show that is electrifying. I’m glad I decided to see them on a whim and very disappointed that I left early to go catchJoan Jett‘s set. I was most excited to see her, and bummed out that her set was pretty much anything but rocking, plus there were all those dumb asses in the audience doing that salmon swimming up stream dance.

At first glance it appears that all the bands on the tour are very well taken care of. The Vincent Black Shadow’s label, Bodog Music, got them a tour bus and a driver so they could sleep in between cities. Fat Mike of NOFX was in the pressroom enjoying a foot massage from an Asian woman while being interviewed and Jake from The Casualties told me “that the catering on the tour is phenomenal, they take care of all the bands. The Warped Tour really understands that you can’t live off of shitty fast food.”

However, some of the hardest working bands on the tour seem to be getting the short end of the stick. Warped Tour used to be about little bands getting exposure and more fans, but the last few years it seems the tour is more focused on bringing aging rock stars along who put on less then spectacular shows, because it isn’t the 80s anymore. Last year, there was Billy Idol, this year was Joan Jett, next year will Kevin Lyman bring the Sex Pistols on board with the only original member being Johnny Rotten? This year the tour already featured legendary punk band The Germs on select dates, which doesn’t make any sense because DARBY CRASH IS DEAD! “Warped Tour is all about new bands getting exposed and blowing up,” Robbie of the Vincent Black Shadows told me. While this is the idea, it seems that it is becoming farther and farther from the truth.

I actually met the guys of The Blacklist Royals completely by accident. I was wandering around, looking for water and they were hustling their album to anyone willing to take the time to listen to it. They’re a punk rock n’ roll band from Nashville, Tenn. that are reminiscent of bands like Mad Cap with a tinge of the Bouncing Souls style. They aren’t signed to a record label, are doing the tour in a shitty van, have been banned from the TaDa Catering that Jake of the Casualties spoke so highly of, and have been called whiney bitches by the water guy for requesting ice along with their water and haven’t received free water since.

“I eat three bags of gummy worms a day,” their drummer Rob told me, regarding his diet after doing something so outlandish that he was booted from the catering service. The diets of the other members aren’t much better. Living off of chicken flavored ramen, beer and cold Chef Boyardee from cans the phenomenal catering is non-existent even though they all claim that pounds of leftover food is thrown away at the end of the night.

Although they’re going through hell and struggling to get kids interested in their music because they lack a label, it doesn’t matter. “My band is on the Warped Tour and I couldn”t be happier. There are a million bands that would jump at this chance and that is why we did it,” their guitar player Eric said.

“The bands on the tour are nice, but there is definetly a gap between the rock stars who play video games on the bus and bands like us,” Rob said, I just wish that more kids would check out the bands that aren’t huge rock stars. I know they won’t, but there’s a lot of good music on the smaller stages and it’s stupid to have a chance to check them out before they blow up and not take it.” As Warped Tour rolls through your town check the bands on the smaller stages out. Support the underdogs, buy their merchandise, because lets face it you can get an Anti Flag, NOFX or Thursday shirt at any Hot Topic in the country. Smuggling in a sandwich might be thoughtful, too.