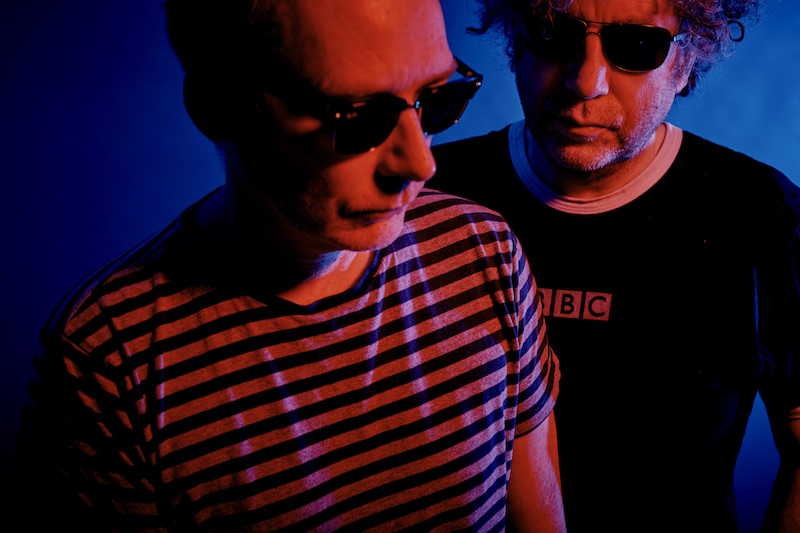 The Jesus and Mary Chain @ Complex 11.02 with Cold Cave

When it comes to The Jesus and Mary Chain, there are a million stories that could be told. Jim and William Reid, Scottish brothers with a penchant for fisticuffs and provocation, have been peddling their distorted take on the Shangri-Las since 1983.

I wasn’t there for the legendary 20-minute sets, some played while the group fraudulently claimed to be the opening act, where the band performed with their backs to the audience—a stance that would change by the time I saw them for the first time in November of 1994. It’s likely the decision was made purely out of the need to dodge the various beer bottles and still-filled pint glasses that were being lobbed at the musicians by the bewildered punters who didn’t particularly like the Velvet Underground or the Ramones and certainly didn’t like the monstrosity before them that dared to combine the two.

Offering their faces to the audience wasn’t for the sake of their egos, although it would be impossible to deny that part of JAMC’s charm is their aloof arrogance. No, the Reids aren’t interested in stepping out into the spotlight. They’d rather hide behind a wall of feedback, an abundance of Scottish fog. For the sake of the performance, Jim will offer the audience a bit of his attention. As an audience member at a JAMC show, you shouldn’t expect acknowledgements from them to be passed out like Christmas gifts.

Which is what makes at least one moment in their performance at The Complex on Thursday night stand out as something unique.

This was the seventh time I saw the band. At least I think it was. I’ve never had to go out of my way to see them—they seem to pop up in my path. There was the Saltair show where the audience found a way to mosh to the downtempo strummings of opening act Mazzy Star, that time with the Dandy Warhols at Camden’s Electric Ballroom, the Shepard’s Bush Empire to celebrate the release of “I Love Rock ’n’ Roll” and the infamous gig at Royal Festival Hall with Suicide that saw Kevin Shields of My Bloody Valentine and Lush’s Emma Anderson join the group for an encore that eventually ended with everyone storming off the stage while William grabbed a microphone and solicited the audience for things that should probably go unmentioned. There had always been a tension that existed between Jim and William, but on that night it was so apparent that William’s departure from the band in the middle of a U.S. tour a couple months later didn’t feel like a surprise; it was an eventuality.

It would be nearly a decade before the brothers would set aside their differences and popped up at the Coachella Festival with guest vocalist Scarlett Johansson. I wasn’t there. 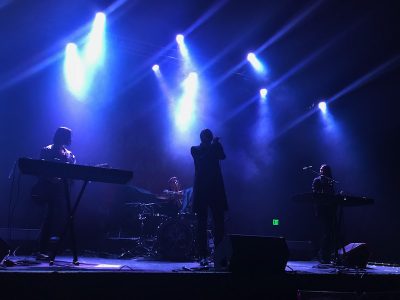 I would see them at the Brixton Academy a year or two later, a lively run through the band’s back catalog. It was a fantastic show, but it felt like a temporary excursion. There was no promise or pretense that JAMC were really back together. There were more gigs over the next few years, but it wasn’t until 2017 that an album, aptly titled Damage and Joy, was released. I caught a show at the Wiltern Theatre in Los Angeles in May after a jaunt over to Scotland to see them at Barrowlands with Ride fell apart.

Sonically, the Wiltern gig was the best I had ever seen the band, as the new material fit nicely alongside the classic tracks. There was little interaction between William and Jim, but the lack of tension didn’t detract from the experience. It wasn’t just nostalgia—JAMC were alive again.

When the show at The Complex was announced in the summer, I was a little shocked to see that the band would be returning to Salt Lake City for the first time in some 23 years. It was a pleasant surprise that I wasn’t about to pass up. When it was announced only days before the show that Cold Cave would be the opening act, a fact that I missed until the day of the show, it was something of an incredible bonus.

Earlier this year, Cold Cave played an excellent show at the Urban Lounge. The lineup at that time featured two keyboardists and principle member Wesley Eisold. For this gig, Eisold was joined by a drummer, a guitarist and a keyboardist. This gave the band an added edge that put them slightly more in line with the guitar-heavy sound of the headliners. However, this didn’t have a dramatic impact on the songs themselves. Cold Cave have always been a wonderful mix of post-punk elements. The easiest comparison has often been New Order, only a little more sinister, and that comes through with or without the guitarist and live drummer. The set was short, but hearing the new single “Glory” was a highlight.

Following a brief break, the lights dimmed as Jim made his way to the microphone. William was briefly spotted at the back of the stage before disappearing behind a constant fog provided by an overactive smoke machine. From time to time, his wild hair was caught by the lights or the neck of his guitar would protrude through the thick mist. Out of sight, but his guitar was easily heard.

The set was similar to what they played when I saw them earlier in the year. “Amputation” from Damage and Joy kicked off the set before giving way to the classic Darklands track “April Skies.” The early inclusion of “Head On,” the classic track from their third album, Automatic, that really captured the attention of college radio in America and introduced them to the MTV generation, might surprise some. Less confident bands would position the song at the end of their set.

Following were “Always Sad,” “Black and Blues” and “Mood Rider.” It’s risky for a band to play a trilogy of tracks off of their latest album, but they pull it off nicely before turning to “Far Gone and Out,” a single from their 1992 release Honey’s Dead.

This is followed by one of my favorites, “Between Planets,” a song from Automatic that was once lost in the shadow of “Blues from a Gun,” but has become a live staple. For what it’s worth, “Blue from a Gun” isn’t played. It was featured early on in the tour, but has since worked its way out of the set.

“Snakedriver,” the band’s contribution to The Crow soundtrack in next. In Los Angeles the band featured “The Hardest Walk” from Some Kind of Wonderful. I prefer “The Hardest Walk,” but the audience responds enthusiastically.

Honey’s Dead’s “Teenage Lust” serves as a prequel to the more obscure Darklands track “Cherry Came Too” before the newly revamped version of “All Things Pass,” one of the stronger new compositions, rattles the room.

It occurs to me that some bands don’t need to be flashy to entertain. Kraftwerk can stand behind keyboards and computers and still deliver one of the most satisfying live experiences that you could ever hope to witness. JAMC are similar in the sense that Jim is anything but a prototypical frontman. He doesn’t stalk the stage or bait the audience.

“Some Candy Talking,” the title track from their 1986 EP, leads into Automatic’s mellow strum of “Halfway to Crazy.”

Jim introduces the next track as an old song that they hadn’t played in a long time but wanted to work into the set. It is the first time he’s spoken outside of the flippant “Are we going to play a song?” that he directed at the band during a slightly longer gap between songs early in the set, and the softly spoken variation on “Thank you” that he offered after most of the songs.

The old song turns out to be “Darklands,” the sort of beautiful arrangement that tends to get overlooked in favor of noisier and distorted tracks from the group’s catalog. JAMC have often been pigeonholed as masters of feedback, but they have always been more dynamic than they are given credit for.

Jim, apparently having discovered that the audience was more friendly than he might have expected, introduces “Reverence,” the notorious acid house–inspired single from Honey’s Dead, as the set’s final song. He does, however, suggest that if we make a little noise, they might be persuaded to play a few more songs. 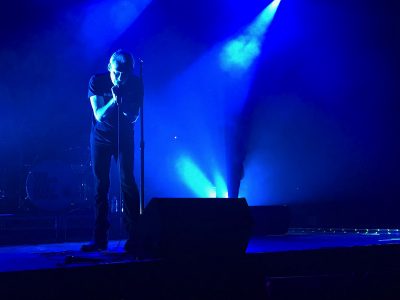 It only occurs to me now that to this point, the band has completely ignored Psychocandy, their celebrated debut album.

That is quickly remedied as the band return to the stage to play a beautiful version of “Just Like Honey.” The atmosphere parts for “Cracking Up,” a track from 1998’s Munki. Returning to Psychocandy, we’re given the album track “In a Hole.”

“War on Peace,” another new track culled from Damage and Joy, is set to finish the set, but Jim, perhaps sensing that they’ve built up a nice amount of momentum that might be lost if the band exits, pushes the band directly into 1988’s non-album single “Sidewalking,” before finishing out the night with “I Hate Rock ‘n’ Roll.”

It’s a spectacular night that equals the show I saw earlier this year. At 22 songs, the set is slightly less than the 24 that they played in Los Angeles, but that’s bookkeeping. I was happy that they played five songs that they hadn’t played earlier in the year, and while they avoided the Stoned & Dethroned album entirely, the set still managed to touch upon the majority of the songs that casual and devoted fans alike would hope to hear.

Sure, maybe I miss some of the tension that once existed between Jim and William and the unpredictability that it brought to the performance, but at this point I’m willing to sacrifice the friction in favor of keeping the possibility of getting more albums and tours in the near future.

Let’s just hope that it doesn’t take another 20 years for them to return.