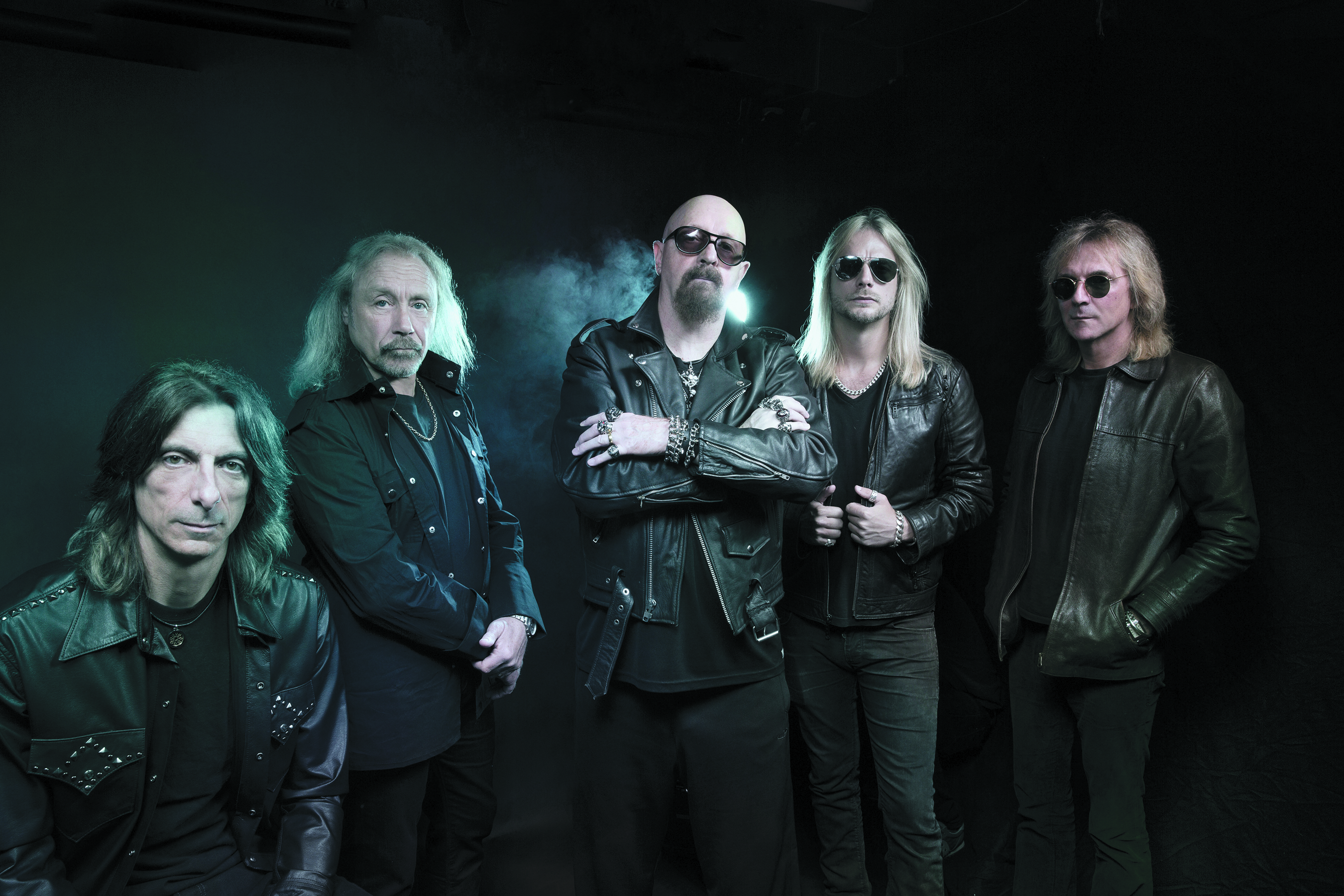 Photo: We Care A Lot Assets

It’s hard to beat an arena rock/metal show, especially on Friday the 13th. On top of this, the Judas Priest show was particularly special being that it was my 11th wedding anniversary—I guess I’ll have to do something extra crazy to make the 12th just as great.

Black Star Riders got the crowd rolling first. I had a lot of interest in seeing the band considering the Thin Lizzy connections of guitarist Scott Gorham. While not a founding member, he has been with the band since 1974. Black Star Riders, in effect, is an alternate version of Thin Lizzy. The band had initially played shows as Thin Lizzy, but decided out of respect for the original band they would continue as Black Star Riders. Unfortunately, the sound suffered severely, partly due just to the dreaded Vivint arena reverb and partly due to what seemed like a not-so-great overall mix. Hearing a disconnect between guitar on stage left and right is not an issue for a small show, but at an arena show it take its toll.

Sound issues aside, the band put forth a fun, energetic set. Vocalist/guitarist Ricky Warwick engaged the crowd frequently and traversed the stage with an energy fitting that of a band closely related to the legend of Thin Lizzy. Warwick’s vocals are eerily close to Phil Lynott’s vocals. Song highlights were “Kingdom of the Lost,” an Irish folk-inspired rock tune. There was also a cover of Thin Lizzy’s “Jailbreak,” which is always tough to beat.

I had a bit of cynicism going into seeing Judas Priest, and I’m not even an old guy that can say I saw them 10 times in the ‘80s. So, getting a 12 song set from the mighty Saxon was fantastic. I felt the sound for Saxon was the most on point for the night, but by the time Priest came on my hearing may have been a bit spotty. The songs from the new album fit right in with the older cuts. Vocalist Biff Byford’s stage presence is mighty and light-hearted. Before the band played “Denim and Leather,” Byford requested a leather jacket and a denim jacket from the audience. He proceeded to wear the leather jacket for the song, and afterward he autographed both jackets and gave them back to the fans.

While Saxon’s set may have been very greatest hits-oriented, damn it was tight. I got a bit of a tear in my eye, but also that grand tribute feeling, when the group announced and played “They Played Rock and Roll.” Byford mentioned that the last time Saxon played in Salt Lake was with Motörhead – an ill-fated concert I attended. The ailing Lemmy and Motörhead tried to play, but couldn’t last. Byford stated prior to “They Played Rock and Roll” that the band wrote the song as a tribute to Motörhead. The whole set and stage presence from Saxon exuded that arena rock show attitude—I’m still smiling thinking about it.

Next came the current incarnation of Priest, interestingly enough introduced by a recording of Black Sabbath’s “War Pigs,” which the crowd was singing along to. I say current incarnation because Rob Halford and bassist Ian Hill are the only original members left. Glenn Tipton, who has Parkinson ’s disease, did play on the latest Priest album, Firepower. But when the tour was announced, the group told fans that he would not be part of the live line-up. Filling in for him would be the Firepower album producer Andy Sneap. I felt this switch was kind of weird, and I did think he was the odd duck out as Priest continued to play.

After seeing the group play three times previously, this was easily the most diverse set I’ve seen. I kind of chuckled to myself about how man songs ending in “er”—“Grinder” “Sinner” and “The Ripper”—were all played in succession. The stage set-up had that old/new feel. While the backdrop had the trademark Priest prongs, but I couldn’t quite tell if it was supposed to be anything other than a bit inspired by the art for Firepower. The whole thing looked like cardboard on the backdrop of a giant video screen which basically announced each track and had themes for each song playing, with very minimal showing of the live band on a larger screen.

For me, one of the most exciting things was Halford’s vocals. At the time of the last show I saw (The Redeemer of Souls tour), there was a good deal of fan speculation that the aging Rob Halford could not hit his high notes like he used to. Those speculations came true, as that night his highs did not seem very high. However, during Friday night’s show for the Firepower tour, he was on point the whole night and was going through his range like he was still in his 20-30s. His stage persona, compared to previous outings, was very much the same, but his vocal performance was the reassurance I wanted and needed to make it feel like I was watching Judas Priest—not Halford solo or a Priest cover band. Also of note, guitarist Richie Faulkner, who was chosen by Glen Tipton to replace K.K. Downing in 2011, is a great fit for the current incarnation of Priest. Highlights of Priest’s set for me would be “Bloodstone” and “The Ripper.” Price of admission for this tour is well worth it for fans, newcomers or jackass cynical folk like me. Priest is alive and well almost 50 years since they began.