00:00 / 20:24
Spotify Stitcher
RSS Feed
Share
Link
Embed
Mideau is on the rise. Fresh off South by Southwest, with an EP just released, a full length on its heels and armed with a thoughtful brand of indie pop, the duo is looking to follow the recent trend of commercially successful acts coming out of the Beehive State. 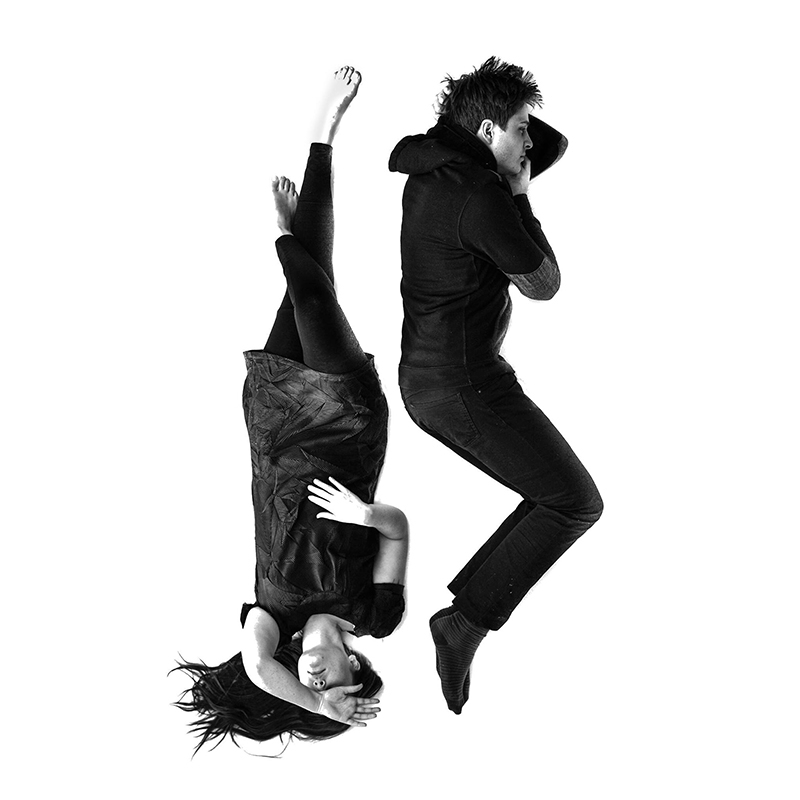 “We’ve definitely got a brother-sister thing going,” says Spencer Harrison shortly after verbally tussling with bandmate Libbie Linton about the wording of his answer to my question about Mideau’s future. “We’re not, by the way, brother and sister,” says Harrison, “or married to each other. People always ask that.” We’re standing just outside Urban Lounge about a half an hour after their impressive set in front of their home crowd. Various concert-goers are interrupting my line of questioning as they exit the 5th East bar, for pictures and conversation. “We were excited to do this show,” says Harrison, “Even though we’re from here, we live in different places, so we don’t get to play here a lot.”

Mideau is on the rise. Fresh off South by Southwest, with an EP just released, a full length on its heels and armed with a thoughtful brand of indie pop, the duo is looking to follow the recent trend of commercially successful acts coming out of the Beehive State. Tuesday night’s performance was in support of singer-songwriter Katie Herzig, who invited them on tour after hearing them on the website noisetrade.com. On the second official stop for the tour, after Boise, Mideau looked to continue their momentum by putting on a great show in front of a fairly packed bar.

Kicking things off was the eternally effervescent Mindy Gledhill. Playing a quick, five-song, stripped-down set—accompanied by Fictionist’s Robbie Connolly—Gledhill was every bit as bubbly, fun and adorable live as she seems on her records. She’s also a great singer with impeccable control. She’s not singing anything that would be considered particularly difficult, but the way she effortlessly shifts tone and key is really something special. It’s no wonder she’s had the opportunities that she has—including recording with Kaskade. She actually ended her set with a beautiful, ballad version of Kaskade’s “Eyes,” which she features on. “Trouble No More,” which she played just before, was probably my favorite song from her set. Featured on Gledhill’s latest release, Pocketful of Poetry, “Trouble No More” is everything you hope for in an indie folk song. A hopeful song about a better tomorrow, mixed in with Gledhill’s inherent optimism, it was the best of a great set.

After their set, Mideau described their beginnings and how they landed on their sound. “We started out as an acoustic, singer-songwriter type band,” said Linton, “but we wanted to take those songs and do a little more, so we added the kind of pop techno stuff.” The fact that the lyrics and writing is their foundation shows through during their sets. While the crowd bobbed their heads and tapped their feet to the incredibly rhythmic beats being put down by drummer Jesse Quebbeman-Turley, I was listening to Linton and Harrison harmonize beautifully about subjects like love and love lost. Most of the set was made up of the music from their impressive new EP. They closed out their set with “Maude,” a profound number that left me breathless.

Katie Herzig and her fantastic band was up next. Herzig’s music is a real throwback to what I think of as a Golden Age in the female singer-songwriter genre, the ’90s. Right away acts like Michelle Branch, Meredith Brooks and Natalie Imbruglia started to flash in my head as Herzig was performing. I was only able to catch half of her set before heading out to chat with Mideau, but what I saw was a lot of fun.

I don’t often travel outside of Happy Valley to cover shows these days, but I was more than happy to be able to check out Mideau, Gledhill and Herzig at Urban Lounge (a great venue, as always) on a Tuesday night. As for Mideau—they have a busy 2014 in front of them, with touring and their first album being worked on, as well as writing for their second album. “I don’t want to take any momentum from the unreleased first album,” said Harrison—a statement which lead to Harrison and Linton’s playful argument I alluded to, with Linton saying, “You’re so careful.” “Touring and writing, that’s the truth … don’t make me look like an ass.” Yep. Brother and sister.