00:00 / 18:49
Spotify Stitcher
RSS Feed
Share
Link
Embed
I would have to say it was easily one of the best rock n’ roll gigs I have ever been to. The music was solid and superbly well done. It’s going to be hard to beat this one. 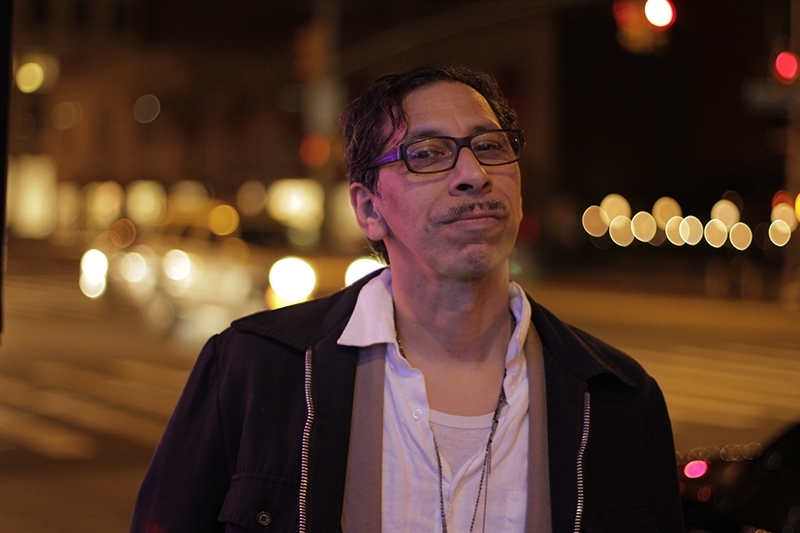 When I heard about this gig through the Salt Lake grape vine, I cleared all obstacles live or dead to attend. On January 31, I had the opportunity to interview Kid Congo Powers before he kicked off his West Coast tour. I learned quite a bit through this interview, which not only not only cemented my commitment to attend the gig, but also inspired a personal respect for Powers. As a rock n’ roller, I took to heart his reflections on the subjects of rock n’ roll, the importance of records and identifying with subcultures. This is probably why I showed up wide-eyed at 8 p.m. to a more or less empty bar. I quickly found out that the festivities did not start for another hour and a half. With nothing to do, I occupied a stool and became the leather jacketed fly on the wall getting jazzed up on an Irish coffee.

My near solitude did not last long. The members of Super 78 went about and set up for their act, while Kid Congo and the Pink Monkey Birds filed in with their equipment. Despite some experience in meeting rock n’ roll legends, that feeling of initial excitement has never quite gone away. I introduced myself to Powers, and by killing two birds with one stone, got my record fix for the evening by purchasing the new album, Haunted Head, along with Dracula Boots from him. A happy camper, I perched myself back onto my stool and nursed my coffee. By this time, a diverse crowd of hipsters, rockers sporting leather and denim jackets, and an assortment of punks sauntered into the venue. As the slowly growing crowd spread out, a distorted hum came from the stage.

Super 78 provided a suspenseful build-up that seemed to last five minutes. Slowly, the building up turned into a blast off of psych garage rock, which seemed to vibrate throughout the venue. The crowd seemed interested if not curious with the odd assortment of applause after each number. Among those was Powers, who seemed to be checking out the set with interest. However, those applauding seemed to be in the minority of the audience. Super 78 concluded with a cover of Brian Jamestown Massacre, “Feel it.” By far, it was their most energetic tune. Unfortunately the energy produced by the pronounced guitar and heavy bass seemed wasted over the crowd—not enough action and too drawn out. Even with superb musicianship, the performance was too mellow for those in attendance. “I feel like I need more acid for this,” said concertgoer Kira Misu.

The energetic void was soon filled by the indie group Carlotta Sue Kay, fronted by Randy Walker’s alter ego and backed by the guitarist Ela Juszczak. They launched into jauntily mournful tunes, “Sam Singing Down in the Cellar” and “Riding Around for the Birds.” Sounding a bit like a haunted Israel Kamakawiwo’ole, they excited and energized the crowd. In return they received mass applause after every number. With their final tune, they knocked out “Cruel, Cruel Man” to an eager crowd.

Kid Congo and the Pink Monkey Birds took to the stage and set up their gear. All good things are well worth the wait, though they did seem to mic check forever. The once loose crowd, had, by this time, become a very thick mass of people. The outskirts of the audience ringed with observers, while toward the stage, those ready to be active participants waited with baited anticipation. Kid Congo and The Pink Monkey Birds launched into their set. Getting heavier and faster, the audience ate it up with each song, which seemingly built on the backs of the previous numbers, like “She is Like Heroin to Me.” To the excitement of the audience, they broke into “Killer Diller,” fresh off their new album. This followed by “Su, Su,” a tribute to the late Susan Tyrell. Powers’ beat-like approach to lyricism becomes noticeable in this number. As his beat-styled vocals combined with intense rock n’ roll, it provided an easy lesson as to why Powers is a brilliant frontman. He encouraged crowd participation as well as occasionally bantering with them. At one point, responding to an audience member in good humor, he said, “Somebody said, ‘Sleep at my house.’ You don’t say things like that to dirty old men.”

Powers showed off his impressive guitar skill, palming the neck while playing the title track to the Haunted Head. The backing members of the band Kiki Solis, Ron Miller and Jesse Roberts provided excellent stage presence with the energetic Powers. Notably, Solis and Miller supplied the audience with a solid, groovy beat that they could dance to. Powers took time out of the set to give a shout-out to the Super 78s, while also making a record-related pun, allowing his affection for record collecting to show. From there, they jumped into “Loud and Proud” (which certainly describes the gig). Powers also paid tribute to Lux Interior and Poison Ivy. To the enjoyment of the audience, Kid Congo and the Pink Monkey Birds played the Cramps trance-inducing number, “I Can’t Find My Mind.” Perhaps riding on this energy, “I Don’t Like,” punk rock styled number, was blasted to the audience. The fast guitar and heavy bass inspired the audience to form a mosh pit in the center of the room.

After conducting the customary walk off the stage, their triumphant return launched them into “I Found A Peanut” and concluded with “Elvis From Hell.” From there, Powers headed to the merch table to sell the goods. Not surprisingly after that performance, a line formed. Powers is one of the coolest most approachable guys I’ve ever met. Even with his legendary status, he is still down to chat with fans after the gig. It is because of this and the entire experience I would have to say it was easily one of the best rock n’ roll gigs I have ever been to. The music was solid and superbly well done. It’s going to be hard to beat this one.