When I arrived at Urban Lounge at 8:30 Friday night, thinking the show would start at 9—there was still a line outside and another show going on inside! This meant that the show started at the old 10pm time, which kinda sucked, but it's got to be a good thing if we're getting so many bands wanting to play in Salt Lake that Urban has to double-book, right? 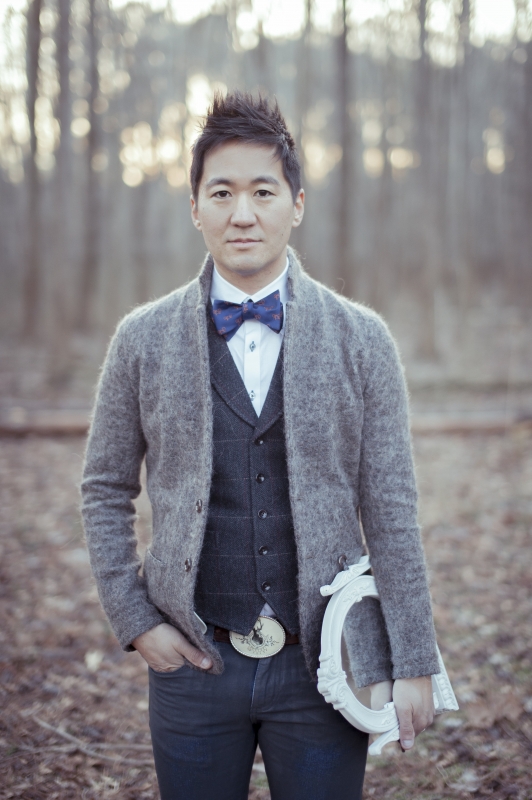 Kishi Bashi’s music is aural happiness, and seeing him in a packed Urban Lounge only amplified the joy that his band brings to the stage. Photo: Kaden Shallat

Urban Lounge has changed quite a bit in the last year or so. On top of updating their sound system, opening a restaurant next door and refurbishing the interior of the venue, they recently began opening doors at 8 and starting shows at 9—at least, in theory. Salt Lake City is growing, and our music venues are growing along with it. When I arrived at Urban Lounge at 8:30 Friday night, thinking the show would start at 9—there was still a line outside and another show going on inside! This meant that the show started at the old 10 p.m. time, which kinda sucked, but it’s got to be a good thing if we’re getting so many bands wanting to play in Salt Lake that Urban has to double-book, right?

After some waiting, which included an extended conversation about Game of Thrones with my friend, the large, beardy solo act that is Tall Tall Trees took to the stage. My inner monologue during Tall Tall Trees’ first song went something like this: "Whoa, that guy has an awesome beard. Oh cool, he’s doing a looped guitar thing! Wait, is that a banjo? Is that banjo glowing and changing colors? Holy shit, he’s hitting the banjo with a drum mallet!" More often than not, a solo performer is boring as hell, but Tall Tall Trees more than nailed it. Before this show, I’d never heard his music, and though I might not be an immediate hardcore fan, I’m definitely going to pay more attention when I see his name pop up in the future.
Musically, Tall Tall Trees has a lot in common with Kishi Bashi, which makes sense, since he’s in K’s touring band, but his performance reminded me more of tUnE-yArDs than anything else. Rather than play it straightforwardly, Tall Tall Trees pulled out all kinds of tricks to keep his performance interesting and fun—both musically and visually. This included, but was not limited to: the aforementioned banging on his banjo like it was a drum, installing lights into the back of the banjo and giving the remote control to an audience member, looping banjo lines and sending them into high-pitched chipmunk voice land with his pedals, and playing audio loops from handheld recording devices through his banjo pickups. More than anything, it looked like he was just trying to have fun, and I think that came through best when, after giving away his last T-shirt, he announced that he had turtles, Red Bulland Kishi Bashi’s underwear for sale at the merch table after the show.
Kishi Bashi’s music is aural happiness, and seeing him in a packed Urban Lounge only amplified the joy that his band brings to the stage. The last time I saw Kishi Bashi, he was playing solo as one of the first acts of the day at Fuck Yeah Fest, otherwise known as FYF, a couple of years ago in LA. The crowd was small, but the vibes were big, and I figured Friday would be pretty much the same. What a pleasant surprise to find that his fanbase has grown exponentially since then. His most recent album, Lighght, only came out a week and a half ago, but the room was singing right from the beginning of the show, when the band opened with lead single "Philosophize in It! Chemicalize with It!" K announced early on in the set that he’d finished the new album in January, and had been waiting months to release it, which sounds frustrating, but probably worth it if the wait helped him pull this large of a crowd in small Salt Lake City.
Expanding his live show from the solo adventures he had touring on his first record, 151a, to the full band this time around really complements the songs on the new album. Musically, 151a and Lighght aren’t too dramatically different, but his new material definitely has a brighter, more upbeat, quality to it that benefits from a full band playing it live. On more than one track, K would begin by looping his vocals and/or violin to create the hyper-high-pitched samples that run through many of his songs, and then the band would kick into gear and carry that energy to ecstatic new highs. While the addition of a rhythm section and Tall Tall Trees on his banjo really helped flesh out the songs, the greatest addition was definitely the extra voices backing K up with harmonies. Most of Kishi Bashi’s songs have a sing along quality—as far as wordy indie pop goes—and strengthening the vocals with two additional people helped engage the audience to join in the choir.
Toward the end of the main set, the three additional members of the band left and Kishi Bashi played a handful of songs by himself. Despite the added value of bringing more people into his band, this got me really excited since watching solo videos on YouTube was what got me into Kishi Bashi in the first place. As fate would have it, the left side of the room had forgotten how to be quiet and listen to the music we all paid to come see. K had to shush the audience twice before launching into his solo numbers because the added white noise of chatter distracted him from building the loops he needed to perform his songs. To his credit, K handled this with grace and humour, suggesting the patio out back was a great spot to talk about the latest episode of Mad Men.
After a handful of solo numbers, K left the stage and the full band came back for an encore that included a few more orginals, improv beat boxing, a drum solo and a cover of Wings’ "Live and Let Die," which they dedicated to Linda McCartney. I’ve seen plenty of great shows at Urban Lounge, but this one was definitely in the Top 10.