00:00 / 20:24
Spotify Stitcher
RSS Feed
Share
Link
Embed
It was a damp, mild Saturday night—nice enough not to have to wear a coat, dry enough not to really notice. I was heading to Muse, the other music venue on University Avenue, to check out Coral Bones—whose album, Youthemism was my favorite local release of last year. 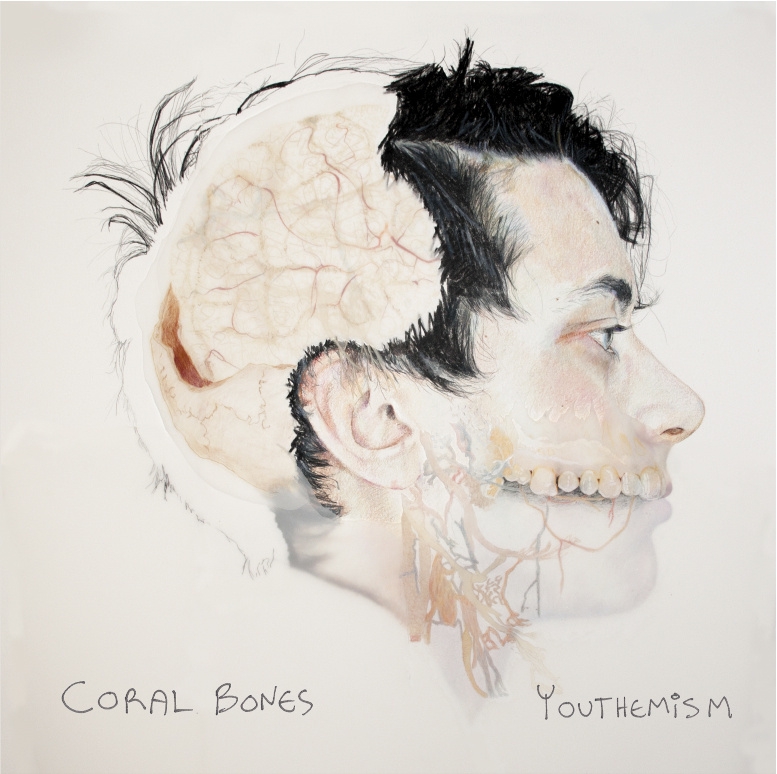 It was a damp, mild Saturday night—nice enough not to have to wear a coat, dry enough not to really notice. I was heading to Muse, the other music venue on University Avenue, to check out Coral Bones—whose album, Youthemism was my favorite local release of last year. It had been a while since I had been to Muse, so I forgot how fantastic the venue is in its own right. It’s a bit smaller than Velour and a lot more intimate. Also, they have something of a full menu (mostly a selection of various iterations of the grilled cheese sandwich) on offer for the more snackish concertgoer. The stage is virtually at ground level, so the show always feels more like checking out a friend’s stuff at a house party than going to an actual concert. Again, this adds to how great going to a show at Muse is. It presents a whole new charm to seeing a show in Provo, where conversation between band and audience is standard.

The night’s opening act was an acoustic set from Desert Noises’ Kyle Henderson. Henderson was a last-minute replacement for Tess Comrie, and definitely filled in well. His look instantly invokes Neil Young, with his long hair partially hidden by a big cowboy hat, and his musical stylings more or less match that look. His songs are simple, if not a bit odd. One talked about getting high with Mona Lisa. He ended the set performing a Desert Noises song, “Keys on the Table,” which fellow Noises member Tyler Osmond assisted with harmonies on, that will be on their upcoming album (27 Ways out March 25).

Coral Bones was up next. Again, they were the reason I was going to this show. Last year’s release is amazing and I had seen them perform at Velour’s Winter Battle of the Band’s and they were great. Saturday was a little different from that show in December. Most notably, Emily Vienna, the female vocalist who dueted on “Nightshade” and “Lemon Tree” at the battle, was replaced with Lake Island’s Adam Klopp. It didn’t make for a worse performance, it was just a different dynamic. On the night, I felt the band was tighter overall than they were in December, although I felt a slight drop off in energy. Lead man Christopher Kalani Bennion, halfway through the set, mentioned it had been a rough month, but Saturday night was making it better. Some wise-ass reminded Bennion, “It’s the first day of the month.” Bennion laughed and then retorted, “Go to hell.” “Rising Sand,” Coral Bones’ keyboard-driven pop rock song, was probably the highlight in an overall solid set.

Seeing Lake Island is not about simply watching a band play some songs, rather it’s more about witnessing performance art—taking in a comprehensive sensory experience. Musically, they are brilliant … no one will deny that. What sets them apart, though, is the whole package. They create something of an atmosphere, highlighted by minimal stage lighting, smoke machines filling the air, ominous samples of distant chime, etc., and, the topper, video projecting behind the band with images that range from abstract, vague and indiscernible to helllish, nightmarish and apocalyptic.

I saw Lake Island play one other time, last November, and I remember being somewhat put off by the whole thing. This time, I was downright creeped out. I remember even slightly jumping when I saw movement from someone out of the corner of my eye—one of the few times the breathless audience managed to move. Speaking on the music, my favorite feature from Lake Island is the methodical way in which they go about their songs. For example, their first song, “Wolves,” seemed to go five minutes before the band dropped into an explosion of sound and lights. It’s all a bit hard to explain, and it’s definitely not for everyone, but the people who stayed for the whole set were treated to a beautifully disturbing performance.