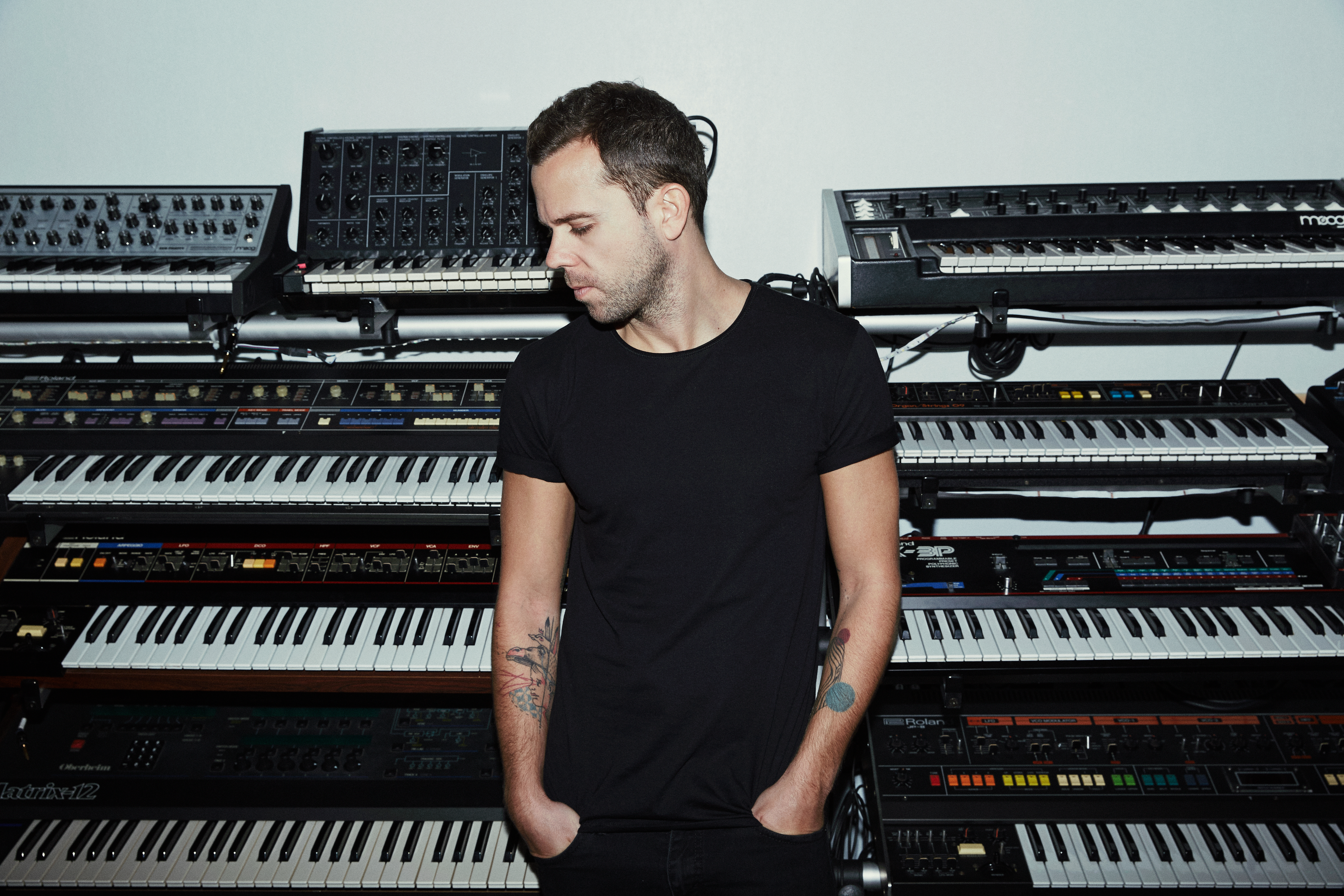 I stumbled upon M83 at just the right time, a few years ago, to instantly fall in love with their music: the eternal summers of Saturdays = Youth, the soaring space of Before the Dawn Heals Us, the breakthrough cinematics of Hurry Up, We’re Dreaming. I never had a chance to see M83 live, though, and now that they were coming to Salt Lake for their Junk tour, I was on the fence about going to the show. I enjoyed Junk. I thought it was fun, and I understood and admired the creative deliberation on Anthony Gonzalez’s part in crafting the album. It just didn’t move me the way I wanted it to, the way M83’s previous releases did. I eventually decided to attend M83’s stop at The Saltair, though, because, well, even after all these years, M83 are as transporting and compelling—and as much a dream—as ever.

Electronic duo Bob Moses opened the night. Below, the audience bobbed and jumped along, while above, folks leaned over the railing, drinks in hand, or basked on the patio underneath the glow of the sky as the sun set over the Great Salt Lake. The New York–formed duo played plenty of tracks from their 2015 debut full-length, Days Gone By, seamlessly infusing deep house and trance with poppy hooks, upbeat melodies and savvy lyrics. While producer Jimmy Vallance enthusiastically bathed the venue in thick, lush house propelled by bass-heavy rhythms, singer-songwriter and guitarist Tom Howie rooted each number in his mood-setting songcraft. Each occasional break into a long keyboard solo, a sticky, tropical house–infused number, or a slowed-down, R&B-esque rhythm was met by excited cheers, and Bob Moses ended their set with a massive swell into another dance break.

Between sets, warm light flooded the stage, and hushed ambient layers and loops set the tone for the upcoming performance. The crowd roared, and—of course!—M83 were a marvel as they launched into a gripping rendition of Hurry Up, We’re Dreaming favorite “Reunion.” The crystalline synths that so typify M83 were even more piercing and exquisite live, while keyboardist Kaela Sinclair quickly wooed over audiences with her radiant vocals and stage presence. Soon, M83 lurched into their newest single, “Do It, Try It”—one of only a handful of songs they performed off of Junk—steeping audience members in Gonzalez’s pleasant vocals and some ’80s-jam bass licks. The audience, while decidedly more made up of dedicated Hurry Up, We’re Dreaming fans than Junk aficionados, were happily along for the ride.

M83 kicked off their set at 100 percent, but from there, they somehow only escalated exponentially. By the time they ascended into “We Own the Sky,” the stage broke into a stunning, night sky–like backdrop as they cascaded and descended into whirling and euphoric vocals. Sinclair sang angelically, guitarist Jordan Lawlor spun and jerked feverishly and Gonzalez’s vocals were more explosive and dynamic than I’d ever anticipated.

M83’s set largely spanned their pre-2012 hits, but each track from Junk that they performed blended easily—and a little surprisingly—into the rest. Each time the band descended into an ’80s-everything track (carried by the illustrious Joe Berry, who unfailingly nailed each luxurious saxophone solo), they could instantly snap back to an entirely different number, like the slow-burning and seminal “Wait.”

Toward the end of M83’s set, chanteuse Mai Lan joined the band onstage for “Bibi the Dog,” submerging the audience into an electric feel reminiscent of an underground Italian disco before launching into the anthemic “Go!” and then right into crowd favorite “Midnight City.”

M83 returned for a thrilling encore, and at the end, I was struck by just how well Junk still moved the audience, how well M83 navigated between songs from what otherwise might feel like drastically different albums, how each tiny nuance played a crucial part in M83’s seemingly infinite sonic domain. I was even struck by just how luscious and danceable Junk was. In a way, M83’s 2016 tour is a solid proving ground for Junk, an album that initially flummoxed fans when it switched out the sweeping starscapes for ’80s nostalgia and vaporwave. Now, M83 have proven that Junk is just as serious as are any of their previous albums—or maybe, they’ve proven that M83 has been, happily, “space junk” all along.

Even more, the tour signifies a beloved band’s unstoppable return. And as wondrous and grandiose as the entire show was, nothing was so staggering as was M83’s performance of “We Own the Sky,” which steeped us in everything we ever felt (and more) when we first heard M83’s colossally crafted, and deeply felt, constellations.