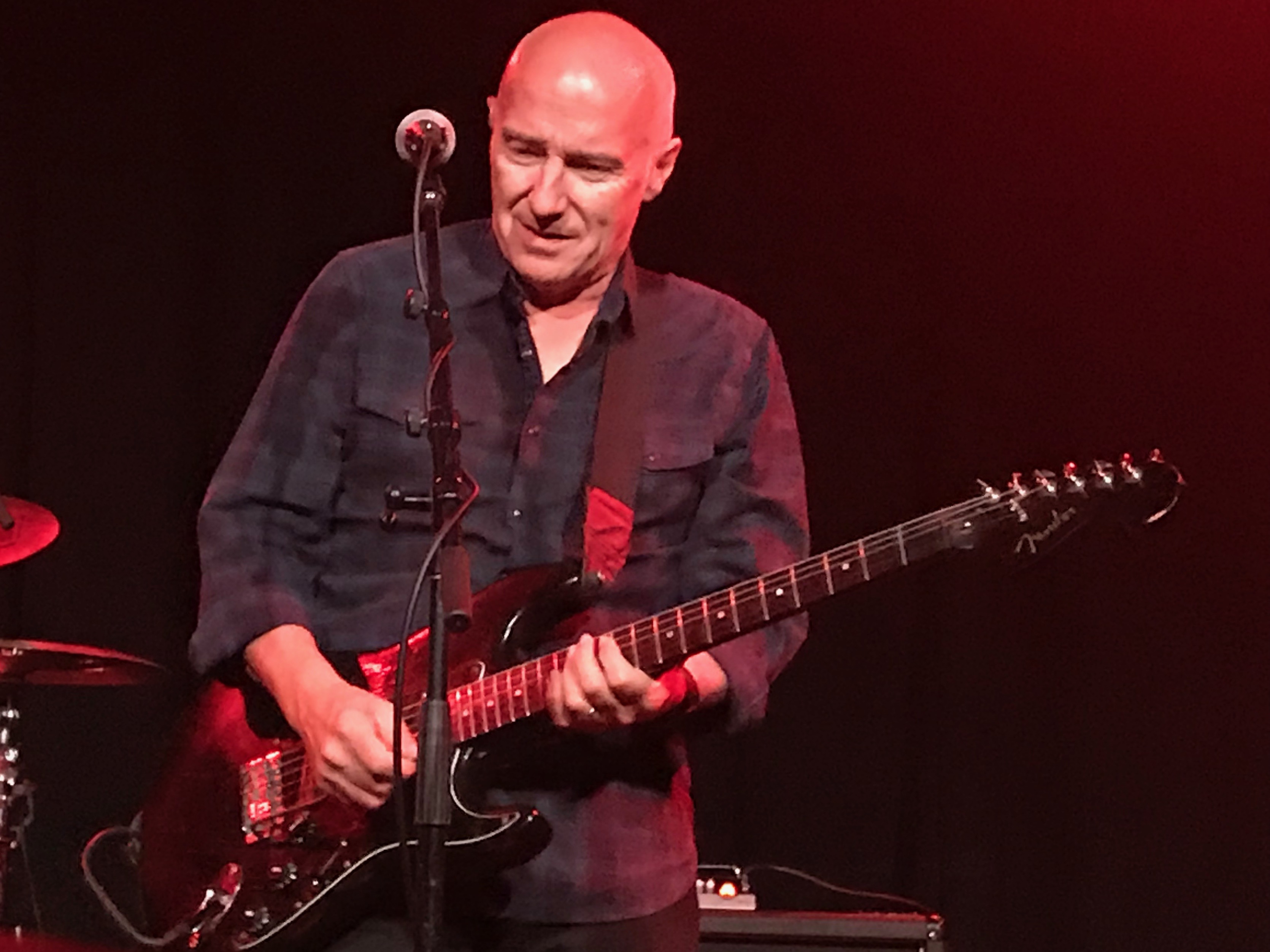 For years, I’ve wanted to see Midge Ure. His 1988 release, Answers to Nothing, had played a major role in my early forays into music. I wore out my Band Aid VHS release watching videos by Bananarama, Culture Club, The Boomtown Rats and Ultravox, Ure’s former band.

It would be more than 20 years before I’d have the opportunity to see any of Ure’s vast catalog performed live. The first experience was a festival performance, which meant he played only a handful of songs before the moving walkway brought on the night’s next performers. I would eventually see a proper set from Ure, and it was a glorious tour through many of his numerous hits and new material. Ure’s current tour finds him co-headlining with Paul Young. The implication here is that audiences should expect a set that is longer than a festival appearance, but also shorter than what the artists would play if they were touring on their own.

It was my first time visiting the Commonwealth Room, a venue recently opened by the same people who run The State Room. The Commonwealth Room is less intimate than The State Room and fairly nondescript, but the width of the room makes it preferable to other mid-sized club venues.  Making my way to the front of the venue near the stage, I notice what I recognize as Ure’s guitar onstage. I had hoped that he would close out the night, but it would appear that we’d be having dessert before our meal.

Ure takes to the stage and launches into Ultravox’s “Passing Strangers” from 1980’s Vienna release. This is followed by a trilogy of solo material: “Dear God” from Answers to Nothing, “If I Was,” Ure’s 1985 debut solo single from The Gift and “Become” from his most recent release, 2014’s Fragile.

Ure offers a strong performance. He’s not nearly as showy as some of his contemporaries. Strapped in behind his guitar, Ure entertains without gimmicks or smoke and mirrors. He sounds fantastic. Next, we’re given “New Europeans,” another track from Ultravox’s Vienna. Ure briefly revisits his time in Visage, a band formed with Steve Strange, an infamous club figure, and Rusty Egan, whom Ure knew from his days playing in Rich Kids. The song is “Fade to Grey,” of course. A massive hit in the UK, the song remains one of the more popular tunes in Ure’s vast back catalog.

“I Remember (Death in the Afternoon)—” an Ultravox track from 1982’s Quartet— is the first track that Ure plays that hadn’t been performed during his last visit to Salt Lake City. This gives way to “Fragile,” another song that I hadn’t seen performed before. I’m fond of Ure’s most recent material, Fragile and Ultravox’s reunion release Brilliant, but most audiences are looking for a trip down memory lane— so I’m thankful that Ure managed to sneak in two contemporary tracks to go along with the nostalgia. Ure returns  to Ultravox material from Vienna and Quartet with “Vienna,” “All Stood Still” and “Hymn.” It’s over far too quickly.

I not overly familiar with Paul Young, a soul-infused musician that I only knew for “Every Time You Go Away,” a soft-rock tune that was far more likely to appear in my mother’s playlist than it was to show up in mine. Judging by the number of women who have pushed their way to the front of the stage, Young must have been quite the teen idol in his younger days. He takes the stage and, I’m reminded of that time I saw Rod Stewart. The difference is that there would be no soccer balls kicked into to the crowd or numerous costume changes in Young’s performance. Stewart had relied heavily on kitsch and spectacle; Young was taking a more traditional approach that leaned heavily on his talents.

The set includes songs like “Love of the Common People,” “No Parlez” and “Wherever I Lay My Hat.” The further he strays from pop, the stronger his set becomes. The Northern Soul of “Slipped, Tripped and Fell in Love” and the somewhat exotic “Senza una donna” being prime examples. We’re given “Every Time You Go Away,” of course, along with a few other songs that I’m quite certain I’m hearing for the first time.

For the encore, Young is joined by Ure, and together, they launch into Thin Lizzy’s “Boys Are Back in Town.” It’s an excellent ending to a night that found me traveling familiar roads and exploring areas of the musical world that I had yet to visit.