These words were hurled at me from a man about to kick my teeth in. At the time it seemed sudden. With a little hindsight, though, I think the whole night led up to this very intense moment of truth. The stars were aligned, as it were, and the whole evening started simply enough: with the best Old Fashioned of my life. 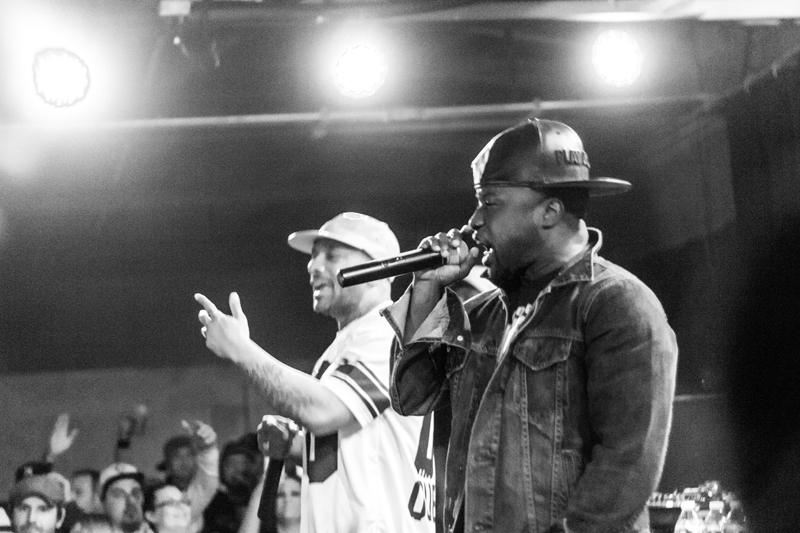 “What the fuck do you know about Mobb Deep? Your skinny white ass don’t know shit! I’m from Virginia, Yo! I grew up on this shit. Don’t fucking tell me about Mobb Deep!”

These words were hurled at me from a man about to kick my teeth in. At the time it seemed sudden. With a little hindsight, though, I think the whole night led up to this very intense moment of truth. The stars were aligned, as it were, and the whole evening started simply enough: with the best Old Fashioned of my life.

I had an hour to kill so I met some friends at Copper Common—a fabulous new bar in town, filled with fabulous people who can afford drinks that I certainly can’t. Yet somehow, just being there, it must have rubbed off on me because in that moment I felt more fabulous than I had any right to.

The first sip was sublime. It eloped with my heart and impregnated my inner child. All the love that went into that drink was now inside of me. It was in this state of mind that I entered the Urban Lounge.

The first DJ played mostly old school shit: classics like Keith Murray’s “The Most Beautifullest Thing In The World.” He was fun to watch. The screen on his Macbook lit up his face and made it easy to see his little jig and the kissy faces he made every time he played something that he was really feeling.

The crowd was feeling it too. People sang along. Everywhere I looked, girls were dancing. It was a more diverse crowd than I’m used to in Salt Lake, not just ethnically either. People from all walks of life were there—a testament to Mobb Deep’s appeal. There was a rare energy in the room. Asses were shaking. Old friends were bear hugging. I got the sense that people knew that seeing Mobb Deep in such a small venue was a special treat.

Local MC Concise Kilgore, took the stage. He had a neck beard and a sleeve tattooed on his arm, with more scrawlings peeking up through the collar of his T-shirt. I’ve got to say, if there’s a better rapper in SLC, I haven’t encountered him (or her). He isn’t ready to go pro, not just yet, but he’s got a unique flow that, if honed, could be great. “We stay hard as fuck,” was one chorus met with many cheers. His set was brief but he came with everything he had. It was great. Though I’d like to see him develop a little more confidence, “This is my last song, I promise,” he said at the end of his set. I wished he had done more.

It might have been for the best though, because the crowd was starting to get dense. I’ve never seen the Urban Lounge that packed before. Moving required sliding between people in a manner no one liked.

I needed a drink so I went as close to the bar as I could and hoped that I was in line. It was an ordeal to say the least. It took 40 minutes to get a beer and I’ve never seen Mike Sartain and Dave Combs move so fast. It was like watching two globulus 8-armed blurs chuck frosty beverages at people. After an incredible wait, a finger would suddenly appear in your face. Whether you ordered something or not, half a second later a Heineken would bop you upside the head, a whiff of Old Spice would permeate the air and magically, change would appear in your hand. Then, before you could smile, a Green Lev would ricochet off the skull of the person beside you. That’s when you knew it was time to go.

As I settled back into the crowd the DJ asked, “Salt Lake City, are you ready for Mobb Deep?” I rolled my eyes: it was the fifth time he’d posed the question.

Hip-hop shows have a tendency to be pretty hit-or-miss. The most frustrating part is that you never know what you’re gonna get. When Mobb Deep started, there was no question—this was going to be hit after hit. I’m quite certain the crowd knew almost none of the songs they played. I’m equally certain it didn’t matter, these were legends in action. I will admit, it was a bit disappointing that they played very little from their classic album, The Infamous. Nevertheless, they can hold a crowd’s attention just with subpar material.

Still, when the beat for “Shook Ones Pt. 2” dropped, the show went off the rails. “We know what you came to hear,” said Prodigy to a batshit house. “There’s no such thing as halfway crooks!” sang the entire room. At that moment, my friend Phil screamed into my ear, “It’s like the ‘90s never went away—white kids and gangsta rap!”

He was right—it was ludacris. In between every song the sound of cannons, broken glass or machine guns blasted through the PA. Much of the banter was pedestrian. “Salt Lake City, put your fuckin’ hands in the air!” they said more than once.

Still, what Phil said stuck with me. He didn’t mean it as an insult either, he’s a white guy who clearly loves gangsta rap. So am I. It made me think about what it must have been like to grow up in the Queensbridge projects, as Havoc (half of Mobb Deep) did. I’ve walked by those projects dozens of times. Always at a safe distance, looking down on them from the 59th Street Bridge. They’re actually kind of beautiful from far away, but I’d never step foot in them.

I don’t know why white kids love gangsta rap, but I know why I love Mobb Deep. I sense the catharsis in their music. I can hear the trauma. Maybe they’ve never slung dope or shot anyone. Still, the realness in their best rhymes cannot be questioned. I respect the desire to take the emotional pain of growing up in the projects and turn that into art.

After the show I was chatting with people about their impressions (almost everyone loved it). I was talking to a large group that included a girl named Bridgette. I didn’t discuss much with her. She told me she liked the show, but didn’t seem too familiar with Mobb Deep. She was there primarily because her boyfriend dug them. He came up to her at one point and said, “We’re getting ready to go, so…”

“Okay,” she said to him lightheartedly but didn’t leave.

A few minutes later he came up again and lingered. “Oh!” she said after a moment, “This is my boyfriend,” putting her arm around him as he squeezed in.

I introduced myself and asked him what he thought of Mobb Deep.

“What the fuck do you think?” he responded, puffing up.

A friend of mine noticed this, and moved up right behind him, cracking his knuckles.

“Nothing. Nevermind. I know what you’re doing. You’re sitting here talking to my girlfriend acting like…”

“I’m just writing a piece on the show.”

“What? You gonna write about it in your fucking journal or some shit? I know what you’re doing.”

“Ummm, I don’t think you do, I’m just asking people what they thought.”

“What the fuck do you know about Mobb Deep? Your skinny white ass don’t know shit! I’m from Virginia, Yo! I grew up on this shit. Don’t fucking tell me about Mobb Deep!”

That was when someone else in the group stepped in, “He’s writing about it in a magazine man, calm down.”

It was at this point he allowed me enough time to explain and he immediately apologized. We kicked it. Talked about hip-hop and Erykah Badu. Turns out he’s a cool dude—there was just one too many guys trying to holler at his girl that night. When I walked away, I felt good. We were just two guys who couldn’t have been more different, bonding over hip-hop.

I’m not going to lie though, after watching his girlfriend with a group of guys, I wondered if she wasn’t testing her feet in other waters. I got the sense that he wondered the same thing. Who knows, maybe I’m wrong. I hope I am. All I know is, I can relate to the way he felt. Respect. Maybe he was just a bit shook. That’s all. Stuck off the realness.