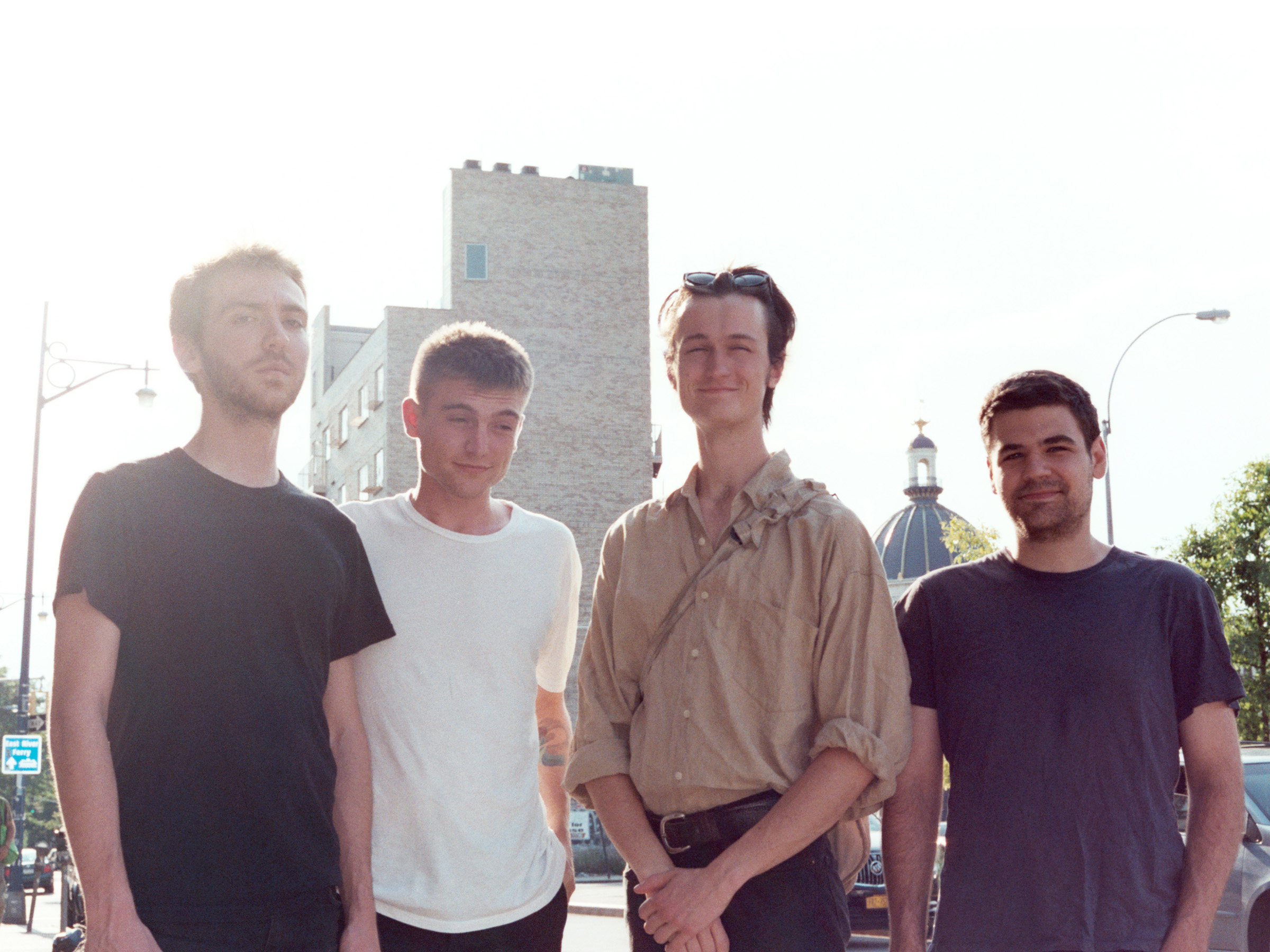 After having played internationally, including two Pitchfork Music Festivals, it was strange to see Montreal’s Ought in such a small venue as Kilby Court. The idiosyncrasy fleshed itself out as soon as Baby Ghosts took the stage. Donning a hipster-punk garb that wouldn’t have been too far out of place in Andy Warhol’s Factory, the group sang a sort of goth pop that melted in and out across the crowd. Across this wash of fuzzed-out, rock ‘n roll, Karly Zobrist (guitarist/vocalist) cried out anthemically, “Take care of yourselves and each other.” It’s cute and sort of somber at the same time, with Katrina Ricks (bassist/vocalist) shoulder bobbing through this empathetic procession. They finished off the set with an unrecorded song which had a pleasant, conclusory effect on the crowd.

Chalk kept the same ambiance hovering around the room but sped up the pace, racing to the end of each song—which came off as somewhat rushed. While a majority of the songs were fast and loud, they did experiment on one song where bassist Sally Yoo sang slowly in the verses and then percolated it with shredding on the chorus. The instruments were in sync, which gave the whole set a really well-rounded, if somewhat monosyllabic, energy. The vibe they were sending out onstage was reminiscent of the group Yuck. Dreamy, indie rock with a certain city grunge seeping through the sides.

Standing out among the group was drummer, Jeremy Devine. His beats were complex without detracting from the (sort of) clean garage rock they were dishing out. And drumming wasn’t his only talent. Each band member took a turn as vocalist and, while each one had their own voice and talent, the drummer tried his hand at a scream which brought a surprisingly refreshing breath of air to the set.

After a brief set-up, a fake start to the show, and a disappearance, Ought held true to what they do best—playing art punk music in literati clothes. These guys brought the same energy to a crowd that couldn’t have topped 30 people as they did to their shows that brought hundreds at a time. A big proponent to how good a band really is depends on the difference between how they sound live as to how they sound recorded. I couldn’t have told you which was which.

Their material was mostly based out of their latest album Sun Coming Down but Ought played several from their debut LP More Than Any Other Day. Tim Darcy, vocalist and guitarist, did his characteristic head bob, waving his finger around and shooing the crowd with his hands—all with no shoes on. He danced in what open space there was onstage and stared into the crowd as best he could. After the second song, Darcy asked the Kilby stage crew to dim the stage lights and bring up the lights on the crowd so that he didn’t feel like he was singing into a black abyss. Which was summarily ignored by them. Somewhat jokingly Darcy declared they’d play only one more song, which I was relieved to find he didn’t actually intend to do.

Parts of the set were mellow, with Darcy facing away from the crowd, picking slowly across a steady drone. Other times the whole crowd was dancing as the band members did something close to the Bernie, backs arched and swaying up and down to the rhythm they were pushing out their amps the way dealers push dope. And as the band all stood on stage, eyes closed, oblivious to all but their instruments—as the crowd followed suit, feeling only their bodies in rhythm—as it all culminated, everything felt right. Detracting, modifying, it all would have been to the detriment of what they were trying to accomplish. They finished the night with a rowdy, give-all tableau from their earlier releases.

As soon as the last song ended, Darcy ran out the back door. I hurried back around to see if I could catch him but came up on drummer Tim Keen saying, “That was fucking awesome!” Everyone else thought so too, even if they hadn’t heard Keen say it. But the fact that he did set the record that they had been playing at their best regardless of whether or not this small, little show would be lucrative for them in any sort of way. People had come to see them perform and they were willing and able to oblige. Let’s set the record right here that these guys put enough effort and talent into every aspect of their music to make it feel like you’re listening to something a cut above what you’re used to. And if they make it big, catch a sweet record deal, or however success is measured in their minds, they’ll know how to balance on the tight rope. Maybe next time they visit Salt Lake I’ll get an ought-ograph.