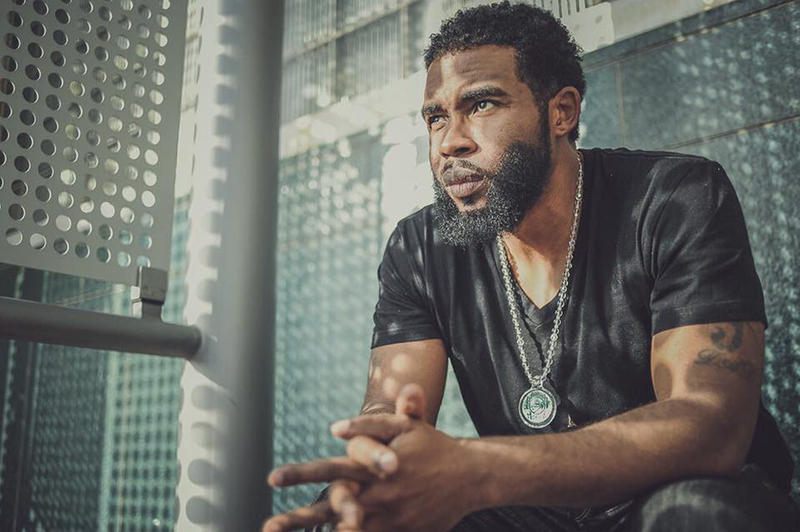 Keep it 100—it’s a bit grimy. There’s nothing special about the aesthetics of the exterior, just some burgundy awnings and some black-and-white paint. On the interior, the bathrooms are filled with random stickers, sad attempts at graffiti and a few unidentified stains. Metro Music Hall is not for haughty concertgoers, but if you want to get close enough to legendary hip-hop artists to actually give them dap, there’s no better place to watch a show in the city. On Thursday, Feb. 23, it was visited by a group of emcees who were passionate, skillful and prepared enough to put on a show in the name of a culture they love—and not all of them were from out of town.

Utah is known for putting 1,100 openers on a show, and it hardly works. This was a rare night that it did. Much respect to Calhoon Popadolpolis, a solid wordsmith himself, for hosting, because he had to go up and down that stage all night like a lift operator at Brighton. The event was kicked off by J Godina. Having an 18-year veteran of the Utah music scene start off the proceedings with an all-vinyl, old-school rap medley was a suitable tone setter.

First up on the microphones were The Outsiders, Forawx the Rhythmical Junkie and Koala T., the youngest performers of the event by a long shot, and they represented the youth movement with a lively set powered by Sly Beats, Hippie and DJ Chunk, which purposefully brought the boom-bap back into the new-school consciousness. Up next was Ocelot, backed by DJ Intimin8, with old-school flows and crowd-control techniques that kept things flowing into D-Strong’s set. D-Strong got the party going as local emcees seemed to pop out of the woodwork to support the veteran. At 47, it was plain to see all the hard work he has put into his craft over the years as members of Dine Krew, Auratorikal the Ikonoklast, Negrodomus and a host of other Salt Lake rappers rocked with him in the crowd.

Brooklynite El Gant took the stage armed with a bottle of Jameson and donning a Nas “Stillmatic” sweater. Out of his toolbox, he pulled crystal-clear fast rhymes and classic Big Apple beats like “N*ggas in Paris” that exhibited why he’s been in the mix with legends like Kool Keith and the Beanuts. Look out for a new material from Gant and DJ Premier.

Ras Kass was next, and his short yet formidable set included classics like “Ghetto Fabulous” and “How to Kill God.” After he was done, he went into the crowd to interact with patrons. He even let the “drunk, weird guy” at the bar chat him up.

El Gant and Ras Kass were assisted by DJ Matty Mo on the turntables. The Utah DJ passed the baton to Boogie Blind of X-Ecutioners‘ fame, who backed the headliner. Well into his 40s, Pharoahe Monch is showing no signs of aging or losing passion as he blessed the stage with a truly masterful performance. In a black polo V-neck shirt, black cloth head wrap and tall black boots, he spit out a comprehensive set that covered everything from his material with Organized Konfusion to his new, Grammy-Award-winning material. It capped off a night of hip-hop that was intimate and inspirational as Pharoahe Monch praised his “intellectual/peaceful” fans and warned listeners about staying away from toxic situations.

It’s always good to see Utah acts shown the same reverence as do Grammy Award winners, and for that, Gage Luce, Carlos Nieto and 12 G Agency deserve an “Atta boy” for organizing the show.

“Salt Lake needs more hip-hop,” Nieto said. “I want hip-hop to be a staple [of Salt Lake City]. Anyone can book bands and rock, but it takes a lot to put on a hip-hop show. I can’t tell you how many shows I’ve lost money on, but it’s worth it.”

Their next endeavor is a Cinco De Mayo show featuring the Alkaholics … also at Metro Music Hall. Be there.