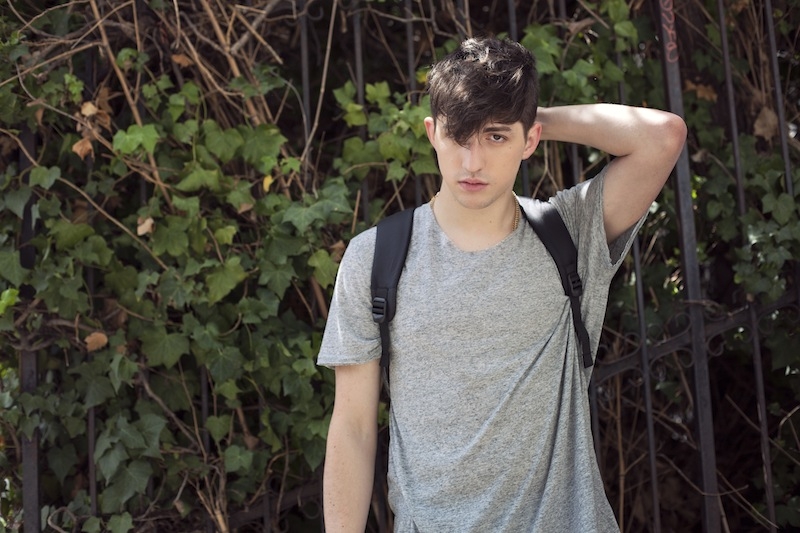 “There’s a new era of dance music emerging, and I’m really excited about it,” a friend turned and said to me as we were walking out of the venue after last weekend’s Porter Robinson show at The Great Saltair. The North Carolina native’s latest tour in support of his new album, Worlds, marked a radical change in artistic expression that seemed to drop the jaws of every EDM fan around. Robinson broke into the public eye in 2010 when his Beatport-released track “Say My Name” hit number one, catching attention from the likes of Skrillex and Tiesto. Just four years later, after headlining in his own tour and playing the main stage at most major electronic music festivals around the world, Robinson announced that his debut album wouldn’t sound like anything he’s done in the past but would be what he was truly interested in making.

I arrived at the venue with an entire flock of homies—thanks to the BOGO offer V2 Productions was giving on ticket sales—excited to see what the new show would bring. After much confusion on what to expect, hearing questions like, “Should I wear my kandi?” or “Is this show going to be PLUR?” because OMG we’re seeing a *~DJ~*, it was interesting to see what kind of crowd actually showed up. As we entered the room, Giraffage was in the middle of his set, which included a variety of remixed songs from different genres all worked together in a trap-like, hip-hop influenced dance music style.

Robinson took the stage behind a transparent booth and in front of three massive LED screens that showed the glitching emoji logo of his album (I’m not even sure how this is typed). He opened the show with a live remix of “Sad Machine,” the second single off of the album and featured a series of Japanese cartoons that changed color on the screens behind him. Throughout the show, Robinson danced with the crowd and seemed more excited than any electronic artist I’ve seen to present new music to his fans. Aside from that, this wasn’t a DJ set. The 23-year-old sang live and did multi tracks in between piano breaks and electronic drum solos to create mashups of his music throughout his career.

As Robinson did his thing, the screens behind him took you on a journey through a glitchy, virtual world similar to the one in his 10-hour album announcement video that was released in January. As the strobes and kryo went off in full effect, confetti and streamers were sprinkled down from the ceiling to put the entire room in a glittery fog. The artist played the entirety of his new album, with breaks where he would remaster versions of his older music to fit with the energy of the new album. Robinson closed the show with “Goodbye to a World,” where the lyrics of the song flashed on the screens behind him and felt like a personal “goodbye for now,” before coming back out for an encore (something I’ve never seen at an electronic show), where he played his single, “Language.”

Probably my favorite aspect of the show, aside from the music, was the story he managed to tell throughout. In regards to his older music, Robinson has said that he’s been getting bored of traditional 128 BPM electronic music, and even wants to completely separate from his title as a DJ. If I were to juxtapose the energy and emotion coming from the entire room during this show with any electronic show I’ve been to in the last year, I’d say that the majority of the fans are starting to crave a more heartfelt and artistic side of an industry almost always labeled as “party music.” Robinson showed in two short hours that you can put emotion into a rave, as he told a story about his feelings toward his evolution as an artist through his music and visuals for a well rounded experience versus another concert where I hang out in the grass to pass time on my cell phone. My only complaint is that I won’t be seeing the show again.