00:00 / 20:24
Spotify Stitcher
RSS Feed
Share
Link
Embed
Atlas has been described as their most mature album. In the past they’ve been described as the soundtrack to summer, but now they might be the soundtrack to the first day back from school after summer, when reality came crashing back and all the memories of summer fade, all the people you met and friends you made return to their realities. It’s still pretty chill though. 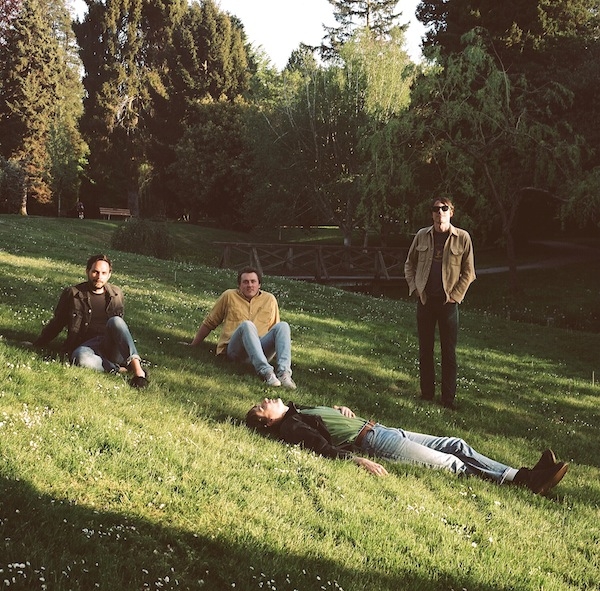 Vancouver’s The Shilohs are a perfect pairing to the chilled out jamming of Real Estate.

The first time I ever heard New Jersey’s Real Estate was on an Underwater Peoples compilation from 2009. The song was called “Orchard,” a breezy little acoustic track, and they’ve been a favorite ever since. That same compilation featured an Alex Bleeker (of Alex Bleeker and the Freaks, and bass player for Real Estate) solo track, “These Days.” So, of course I was excited to cover their third show in Utah (their first show at Kilby had a crowd of two people, apparently), in support of their third album, Atlas.

Before the show starts I people watch for a bit, restlessly pacing the floor trying to fight off my anxiety. Since it’s a Saturday, there are tons of couples and first dates out tonight, making me uncomfortable. Any time I go out I feel like it’s the first day of a new school, trying to find a lunch table. I should be good at it by now, having moved no less than eight times growing up. I write in my notebook, little details about the crowd, the stage, a random Bob Marley poster resting on a speaker.

Vancouver’s The Shilohs are a perfect pairing to the chilled out jamming of Real Estate. They play an energetic, jangly guitar pop with influences like Orange Juice [https://www.youtube.com/watch?v=0qz9Uqk55Jo] and The Velvet Underground. I always try to blend into the crowd, not wanting to stand out, but nobody is on the dancefloor. There’s a halo of people around the metal bars, but nobody willing to step into the lights and get up close. I stand right next to the front of the stage so it’s just me and about 10 feet of space and emptiness behind me. I look a little too eager, but I want to post up close so I can see better.

They play a few songs off their new album, like “Student of Nature,” an Elf Power or Of Montreal like pop song, and “Palm Readers,” which sounds a lot like the Feelies with its mathematical guitar interplay and soft vocals. These guys are perfectly suited for studying or walking on a beach or gardening. While their new album plays it pretty safe, their live show is actually pretty raucous and ends with an awesome jam on VU’s “Foggy Notion,” which was the highlight of the night. Sloppy and fun, Lou Reed would be proud.

Every set should end with a VU song, really. Or at least something off Coney Island Baby. Every band from here to eternity should honor Lou Reed, because none of them would exist without him.

Real Estate have been around in one form or another for a while now, so they’re no secret. By the time they come onstage, the crowd triples and I’m surrounded by other sweaty bodies—it’s only making me hotter. The leather jacket does not help. The only thing cooling me down is someone’s breath on my neck. A little close for comfort, yes, but it actually feels nice.

The band gets on stage and starts playing. No ceremony, no hello, just music—which I liked. The rest of the show was like that. Not a lot of chatting, just a lot of music. When someone did have something to say, it was usually bassist Alex Bleeker, a funny guy who would play random songs with the drummer while Matt and Martin tuned their guitars. His solo stuff is great, but he only takes the lead on one or two tracks, which was a little disappointing. Still, the first four or five songs they played were new, from Atlas, so it was the first time I heard them live, and all I can say is that they were great.

They aren’t exactly the most upbeat or dancy band, more relaxed and beachy, but the crowd is into it and a few people behind me shout for them to play “Out of Tune” after every song. They never did, but their set seemed to span their entire discography, from their small beginnings when they were playing for two people at Kilby to their Domino-released new album and indie rock fame.

Atlas has been described as their most mature album. In the past they’ve been described as the soundtrack to summer, but now they might be the soundtrack to the first day back from school after summer, when reality came crashing back and all the memories of summer fade, all the people you met and friends you made return to their realities. It’s still pretty chill though.

They ended their encore with “Easy,” a fan favorite from their second album, Days, which really summed up the band’s sound: easy, smooth, like cruising the boardwalk and drinking a beer in a paper bag. “In the sun, in the su-un,” sings Martin Courtney, like a breeze that dissipates all your worries.