As Club Sound gradually filled with a mix of veteran punk rockers and skater kids, a hooded zombie lumbered onto the green-lit stage dragging a picket sign behind him. I had seen this skit before—the zombie threw up the sign bearing the skull and bottlerockets logo while some vintage horror movie dialogue played over the PA monitors. 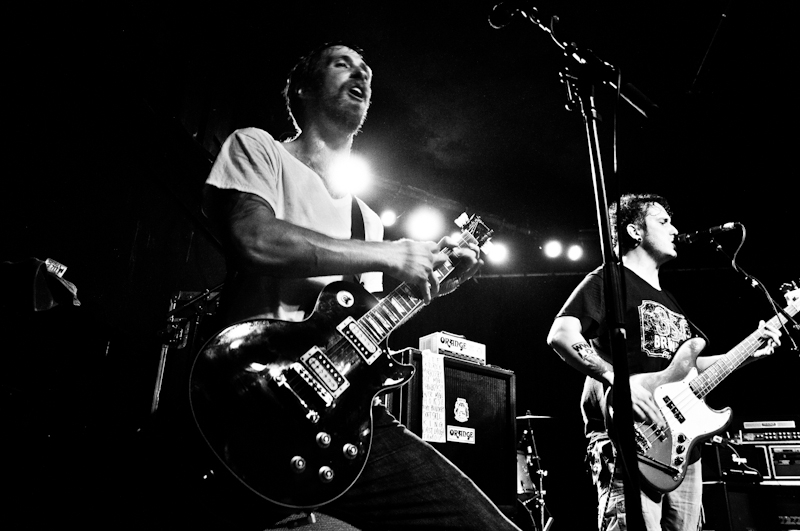