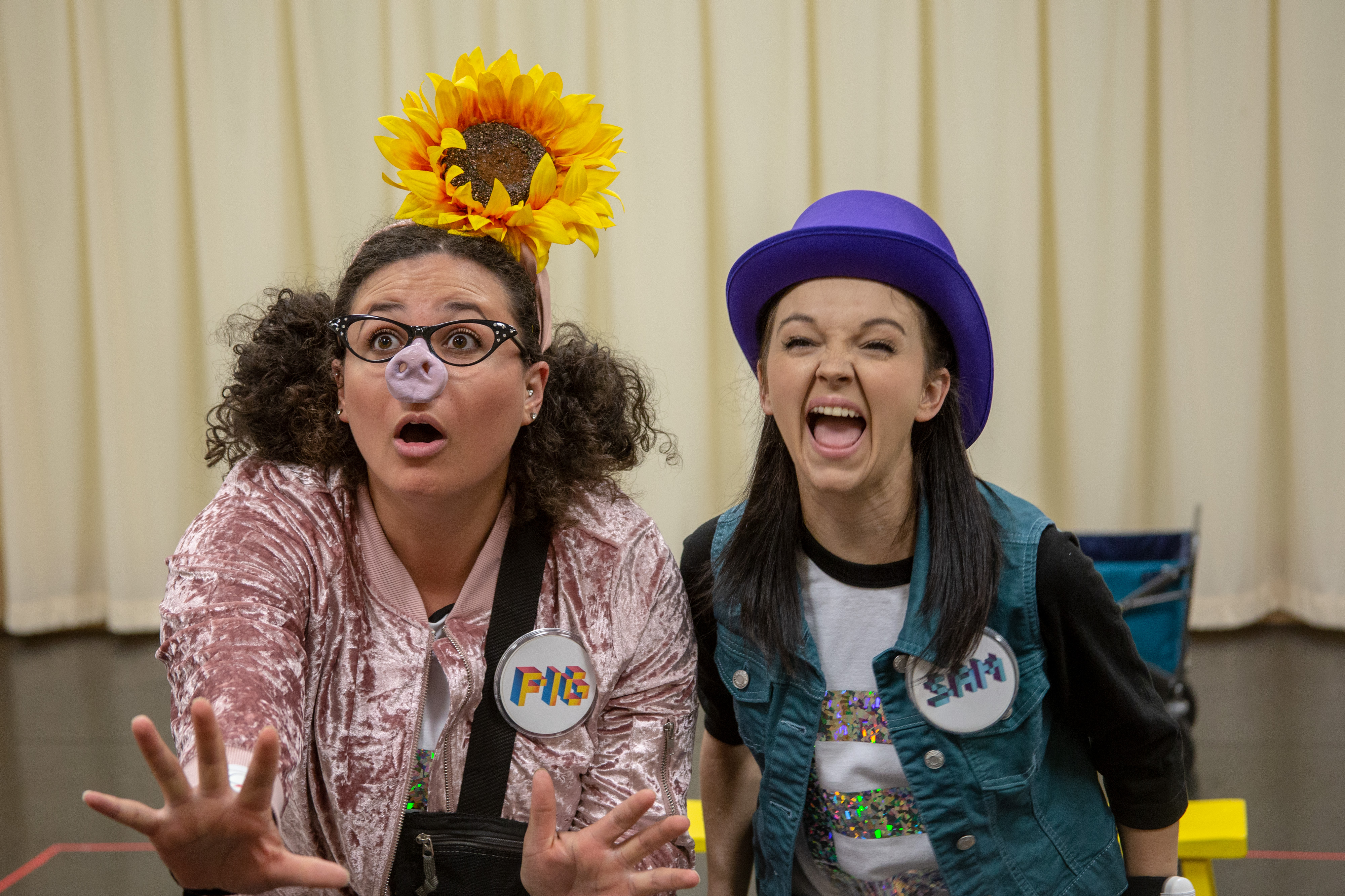 On October 8, 2018 police closed a section of Utah’s traffic backbone. A man had gotten on I-15 around Clearfield and he had a gun. This was news to me, sitting near the ticket booth for a production of Zombie Thoughts, a play for children and families. I checked my phone and confirmed the closure on the news, but at the time couldn’t find any confirmation there was a gun involved or any violence carried out. But now I couldn’t help but think he did have one. I worried. Suddenly I overheard a woman, walking away from the theatre area, telling someone that there’s a fair amount of people here and more are filing in, asking did she knew how long she guessed she’d be, making sure she was safe. Children were around. It was one of those moments where you hear the way adults keep their fear lilting between the lines, not just for the sake of children but to keep they themselves calm—believing things will work out.

I leave the booth and walk to the theatre, and I sit down. The play’s co-author Jennifer A. Kokai asks for the attention of the house—the full house—and explains the situation (one of their actors is caught in the road closure) and promises to check back in at 7:15. I sympathize with her and start to feel a slow sense of dread, and I try to distract myself with a book. Kokai comes back out at 7:18—and something incredible happens.

That will make more sense if you know more of what Zombie Thoughts is. Put on by Plan-B Production Company, Jennifer A. Kokai co-authored Zombie Thoughts with her then, nine (now 11) year-old son, Oliver Kokai-Means. It’s an interactive play for children about helping characters in a video game. The play ends when the game is won. It’s clever. There’s a sense of being audience and actor that is just tame enough for kids and animated enough to engage adults.

Anyway, Kokai asks any willing kid to come onto the stage. We’re playing a game. About 10 kids come on stage and Kokai polls their ages: 13, all the way down to age three. She then asks the older portion of the audience to name a video game from their childhood. “Pac-Man!” someone immediately shouts. Kokai tells the kid to act out Pac-Man or, if they don’t know what Pac-Man is, what they think it is. At “Go!” everyone starts off in a different direction, waving their arms and making noises, and some children are just sitting on the ground enamored. Soon, one of the kids pied pipers the others into his lead, scissoring his arms vertically and walking in small, 90 degree increments, making munching sounds. They’re clearly having a great time and the audience can’t help but laugh and cheer. Everyone is having fun. It’s heartwarming.

Kokai asks for more, and so the kids run through their interpretation of Sonic, Frogger and a sterling performance of Duck Hunt. Just as the bit runs its course Kokai asks the kids to run and ask any adult in the room something they’re afraid of. Each runs out, and each comes back eager to report. She listens to each child, meeting their gaze and letting them know they’ve been heard before moving to the next person. Finally, just as the actress arrives with all the show’s props, Kokai says, “It looks like everyone in this room has something they’re scared of!”

Soon, the play started. Katie Jones Nall and Alicia Washington took the stage and introduced the premise—the audience must help Sam (Nall) and Pig (Washington) win the game by defeating the evil machine—and polled the kids on which hat each of them should wear. This happened periodically, the polling, and it encouraged close listening. Sam and Pig also introduce their character traits: Pig is loud and carefree, loves puns and has trouble taking things seriously. Sam is kind and worrisome, hates monsters and suffers from anxiety.

The play actually hinges on this, Sam’s anxiety. As the game goes into its first area, Nall does a great job of playing a lively but frustrated Sam, who feels defined by her worry. Washington plays Pig, who doesn’t inherently understand what her friend is going through but is willing to do the work to help. Also her character dresses in pink and wears a pig nose and makes puns constantly. The adorable levity sands off what could easily have been a patronizing play. Instead, Zombie Thoughts isn’t afraid to use words like neurotypical or generalized anxiety disorder while also making jokes about how silly it is that playing with a stuffed hedgehog to distract yourself actually works. Adults do the same things. We all have our fears, and some of us struggle more than others. Zombie Thoughts earns the right to speak to children because its playful, earnest energy just radiates. It was there when Kokai vamped to buy time, and it was there when the play ended—the evil machine defeated. Sam still has anxiety—but now she has tools.

As I had sat and felt the swell of anxiety over the latest tragic news event, trying to distract myself with a book, Kokai swept the room in good energy through play. Improv without expectation. That experience combined with the vibrant Zombie Thoughts itself was incredible and refreshing, something I didn’t know I needed.

Did the kids like it? They seemed to. A handful walked up and thanked the actresses afterward. I’d recommend it for the feeling of reprieve alone. There are showings in Salt Lake Oct. 13 and 25, so visit planbtheatre.org/zombiethoughts for details if you’re interested. No guaranteed improv pre-show, though.