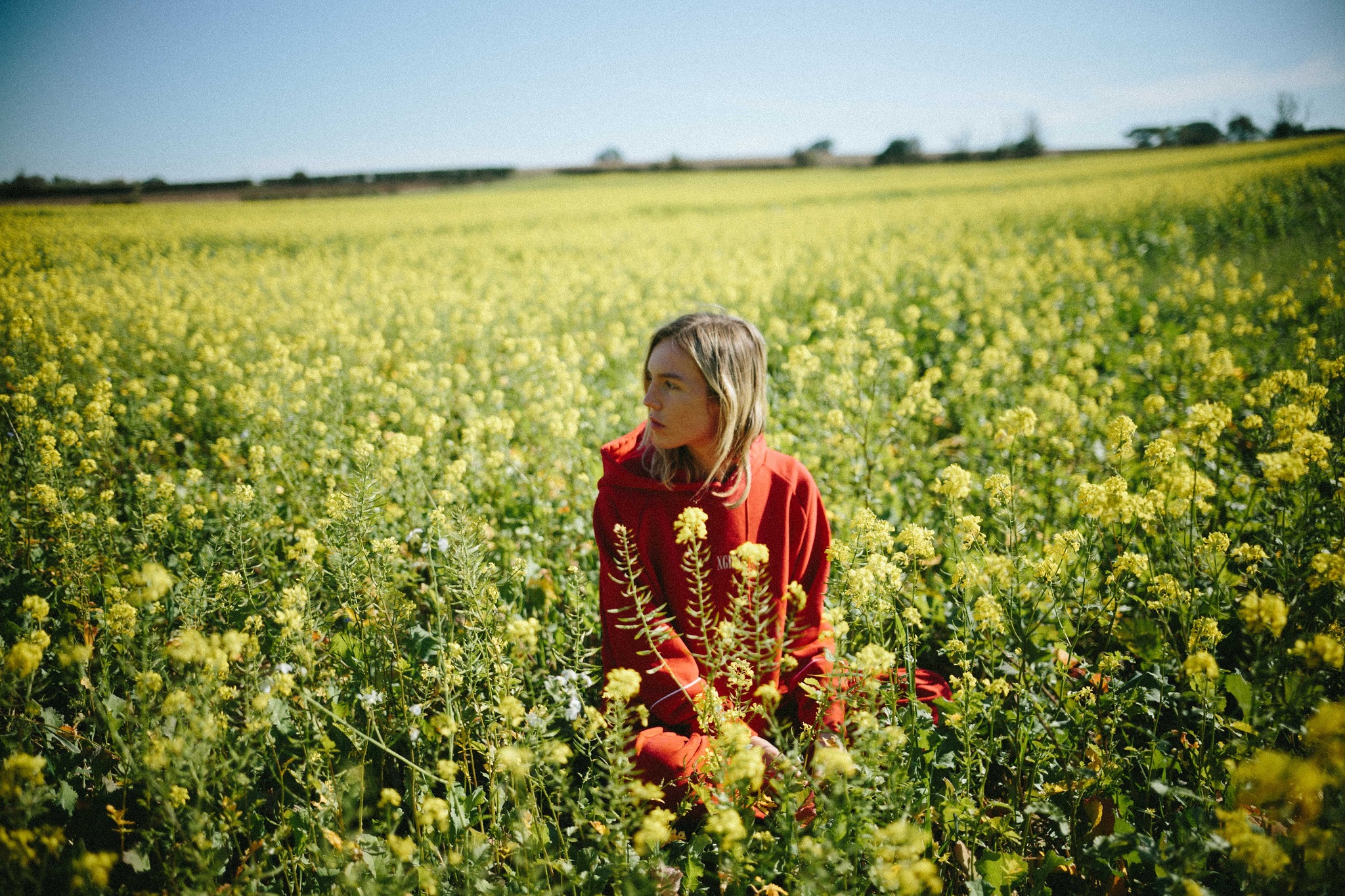 English indie pop youngun Amber Bain is the mind and heart of The Japanese House, one of the expanding roster of talents on UK label Dirty Hit. Since summer 2017, Bain has released four EP’s and a full length album, Good At Falling, which dropped in March. A’la Imogen Heap and Fiona Apple, Bain brings back a subtle mid-nineties nostalgic sound with a smoky, suede vocal with more modern production values under the wing of The 1975 producer and drummer George Daniel.

The past week has been a veritable bacchanalia of Dirty Hit artists playing live and local, with Bain rounding out the “DH” double feature within a week. This marked The Japanese House’s first time in Utah, recently her set was swiftly upgraded from Kilby Court to The Complex, perhaps in part due to the diligence of her markedly competent indie label and their thus far fruitful relationship with our local audiences. Said relationship delivered as the turnout for the night was ample, especially for a first-timer.

Fellow Brit female solo act Art School Girlfriend started the evening with a single guitar and an array of backing tracks on a lone laptop. A very similar and near perfect complement to Bain, the opener was simple and smooth, albeit a bit of a somnolent starter for the night.

“Once more a moment in (what appears to be) the beginning of a rising career for a youthful indie protege is a pleasure to witness.”

Before her entrance, a curious audience singalong to “Dancing Queen” managed to breakout spontaneously, indicating the crowd was still vibrant even on a Sunday evening. Like most of her Dirty Hit colleagues, Bain’s set opened with a recorded sonic crescendo that veered cleanly into soaring single,  “Face Like Thunder.” Brief guitar tuning glitches overcome throughout the set, The Japanese House soldiered on with brief entreaties of love from their onlookers as they shifted gears into the contemplative tune “Cool Blue.” Bain’s ethereal vocals are validated by live performance, and her band stays true to her songs with just slight flourishes, proving her oft abundantly produced tracks can be beautifully arranged onstage. “Lilo, Saw You In A Dream“ and the infectiously delightful “Maybe You’re The Reason“ were the tracks that most finely reflecting this lovely translation. Bain and company finished the night with a confident assertion that the show marked her favorite of the fledgling tour thus far; not exactly a glowing endorsement as she is only a handful of stops into her summer series. Whether or not her statement stands, it seems likely she’ll be back soon enough, especially after the crowd cheered the band back to an unexpected encore even after the house lights had snapped back on. Bain and company regales the crowd with a repeat of “Maybe You’re The Reason” with all the more fervor during its banger of a guitar bridge.

Once more a moment in (what appears to be) the beginning of a rising career for a youthful indie protege is a pleasure to witness. Although The Japanese House is perhaps less probable to fill some of the clownishly large shoes of her Dirty Hit originating brethren, she’s clearly destined for her own fashion of greatness. The Japanese House live is an absolute must-see at any juncture and on any local stage.

More on SLUGMag.com:
Review: The 1975 – A Brief inquiry Into Online Relationships
Joff Oddie from Wolf Alice: Everyone Please Buy T-Shirts