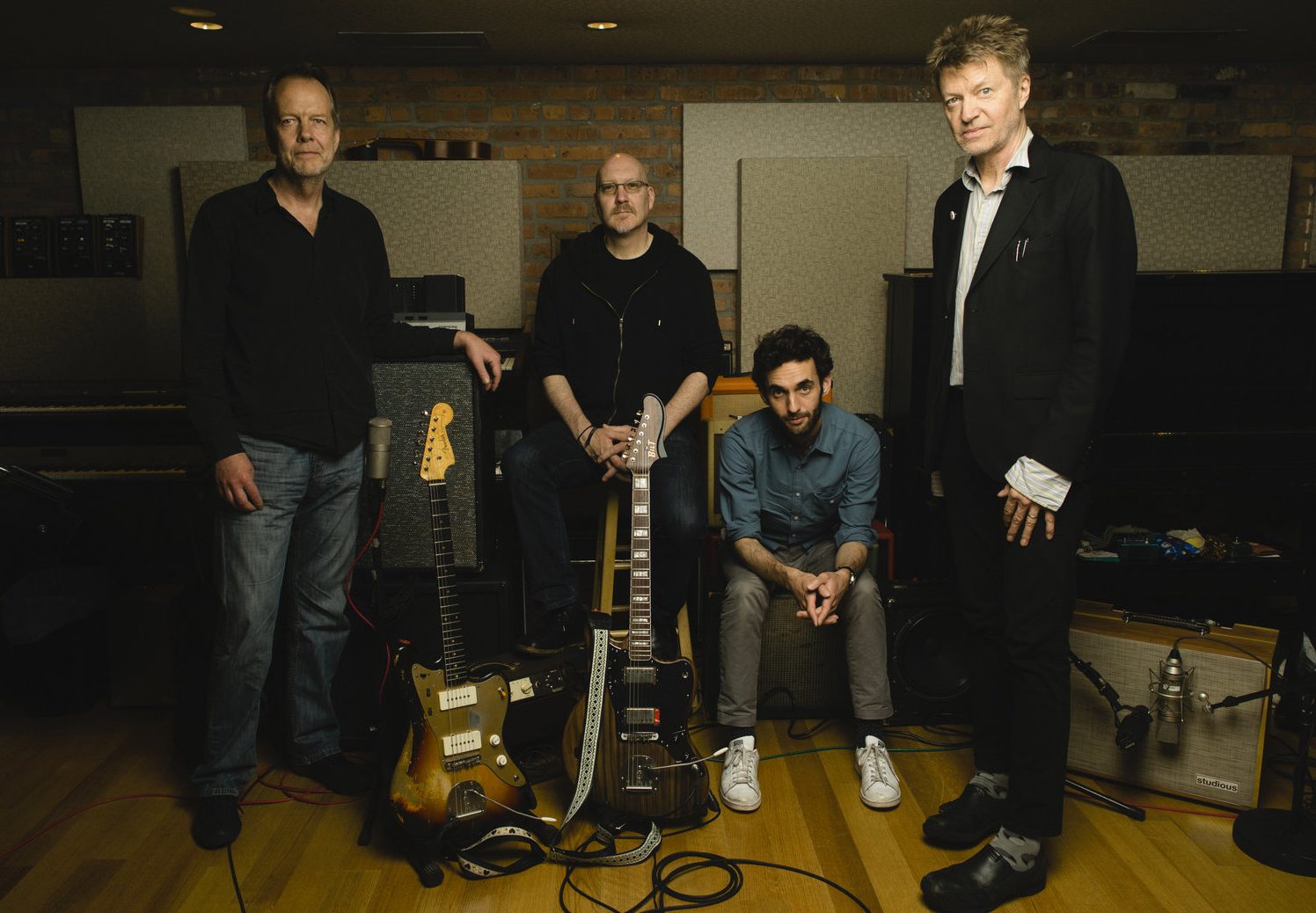 There was a particularly large crowd for a Monday night gathered at The State Room on February 11. The seats in the gallery were full and the floor room was occupied by fans of jazz, Wilco, and Nels Cline alike. The stage offered no extra frills, just a few red-toned spotlights on two guitars, an upright bass on its side and a ruby-colored drum kit. Without words, The Nels Cline 4, consisting of Nels Cline (guitar, of Wilco fame), Julian Lage (guitar), Jorge Roeder (bass) and Tom Rainey (drums) took to the stage, establishing the groove of the evening, an avant-garde, freestyle approach to jazz with blues and rock influences sprinkled in.

Without the extravagance of any opening acts, Rainey immediately set to work with the tools of his trade that he kept in a bag nearby: brushes and sticks that he would pull out, in rhythm, which he used to fill up the space with perfectly percussed phrases. While Rainey seemed to stretch time with creative plays on syncopation, Roeder finessed the ebb and flow of the bass on top of this sound— acting almost like an anchor for Cline and Lage’s detailed lines.

Cline and Lage’s interaction with each other was a rhapsody between two masters. Both playing with bright, jazzy tones on their guitars, they would attack the same rapidfire phrases in unison— almost sounding like one person. However, when they broke apart from each other, it was easy to hear the style of Cline and Lage individually. The live performance was enhanced by the interactions within the group, as the music had a playful quality to it as the musicians seemed to play towards impressing one another. While Cline and Lage would go back and forth with solos, Roeder would almost lean back and watch with a grin on his face. When Rainey would improv, Cline, Lage and Roeder would watch, marveling at his prowess as eagerly as their audience.

In particular, Cline had an emotive and evocative way of soloing. He effortlessly created lightning-fast, elaborate lines and poured soul into suspended notes in slower pieces. Hearing Cline in the context of Wilco, it’s easy to see that his first love is jazz music. After seeing him soloing freely in The Nels Cline 4, I could definitely see how jazz influenced Wilco through Cline, and how, even with this project, there seemed to be subtle hints at Wilco tunes, (specifically “I’m the man who loves you” off of the Yankee Hotel Foxtrot album, as one friend pointed out). After one particularly fast phrase where he and Lage were in unison, perfectly keeping up with each other, Cline had apparently reopened a small cut and bled on his guitar, to which he commented,  “What’s a guitar without a little blood on the pickups?”

The first half of the set seemed to be geared more towards showcasing uptempo pieces and really engaging the crowd in the sheer musicality of the group. The second half of the show seemed reserved for improvisation and solos. The Nels Cline 4 were able to show off the brevity of their sound and musicianship with a balance of soft, intricate ballad pieces like “As Close as That” and the more rowdy, driving pieces such as “Imperfect 10.”

It was clear that The Nels Cline 4 had a lasting impression on the audience, who seemed hooked on the catchy phrases and spellbound by the unique moods created by the music. There was a refreshing lack of phone screens directed at the stage, as the crowd seemed to really feel the power behind each piece, as evidenced by the roaring reaction at the end of every solo. While I certainly appreciated the lack of frills in favor of quality musicianship taking center stage, my only disappointment was that the vinyl records were all sold out by intermission, and I had missed my chance to pick up a copy. On a personal level, seeing The Nels Cline 4 live reawakened my love for jazz music. There are good performances that can draw you in, and great performances that are musical and rich that they really challenge you to become a better musician. I would say The Nels Cline 4 performance on February 11, for me, falls in the category of the latter.