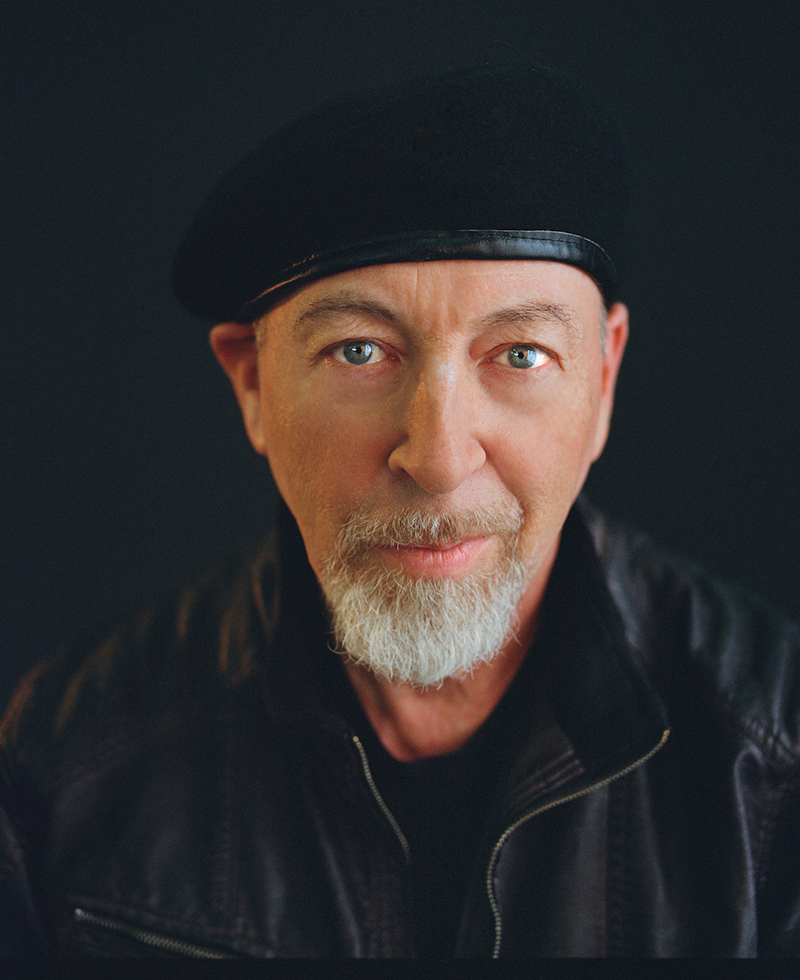 I’ll never understand how Richard Thompson isn’t a household name. From his folk rock work in the 1960s with the Fairport Convention to his dozens of acoustic and electric solo records in the years since, Thompson has been a driving force in guitar-based rock for his entire career—and he’s managed to do it all without borrowing from American blues guitarists like many of his UK contemporaries did (*cough* Clapton *cough*). Being somewhat unknown to the general public didn’t seem to affect the crowd at the State Room at all, as Thompson and local opener Morgan Snow performed to a sold out audience.

Snow started the evening off with a half-hour acoustic set. When he’s not performing solo, he is part of local country-rock band Triggers and Slips. A few of his band’s songs worked their way into his set. He also did some solo songs, one about curse words and another that referenced his great grandfather and early Mormon apostle Erastus Snow. He also laid out a gorgeous cover of the Utah Phillips ballad “If I Could Be The Rain.” His slightly nasally voice was a little more country and Western than many in the crowd were expecting, but in all, Snow served well as a warm up act.

Thompson took the stage promptly at a quarter to 9 pm. The last time he toured through SLC he came with a full band and played an electric set focusing mostly on recent work. As good of a performance as it was, it didn’t reference much of Thompson’s musical legacy. I was expecting a similar set this evening and was stoked to see that it would be only him and an acoustic guitar. I had a good feeling that his performance tonight would cover more of his history, and this expectation was quickly met. The better part of the next two hours was a course in guitar mastery and folk-rock storytelling.

He took the stage to a standing ovation, and launched into an energetic version of “Stony Ground,” followed by the more mellow “The Ghost of You Walks.” He then elicited a huge crowd response with a raucous version of the song “Valerie.”

As the crowd caught their breath, Thompson tuned his guitar, powdered his hands and introduced “Josephine,” a song from his most recent record Still. Listening to new music is a chore for an audience, but the crowd’s willingness to follow Thompson anywhere at this point allowed for a rather sweet listening experience. As the applause died down, he introduced “Johnny’s Far Away,” a song that he described as a modern sea shanty involving a touring cruise-ship musician. He followed this with another new song, a pedestrian tour of Amsterdam titled “Beatnik Walking.” My favorite song, and arguably Richard Thompson’s most popular, was next. He gracefully attacked the masterfully composed “Vincent Black Lightning 1952” to a huge audience cheer. I’ll never figure out how he can get so much sound out of a single guitar. And, though the audience knew every word, they let Thompson play it as if it was their first time hearing it. He followed this high point of the set with “Dry My Tears and Move On” and a slowed down version of his normally electric, early career highlight “I Want To See The Bright Lights Tonight.”

Thompson took a break and talked about his time with the Fairport Convention, asking if anyone had a favorite Fairport song. At the request of a fan he played “Meet On The Ledge,” a song he described as both anthemic and his least favorite song to play. He followed this with “Good Things Happen To Bad People” and a sweet retelling of “Saving The Good Stuff For You.” Given the older average age of the people in the audience, this ballad about finding a good relationship later in life really connected.

As the set started to wind down, he played “Read About Love” and “Persuasion” before ripping through the gorgeous and insightful track “Wall Of Death.” He then made reference to the much maligned politician and real estate mogul Donald Trump, who recently made headlines in Thompson’s native Scotland for building golf courses over historic Celtic ruins, and played a song meant to parody the billionaire called “Fergus Laing.” He finished with “I Misunderstood,” whose lyric, “I thought she was saying good luck but she was saying goodbye,” seemed fitting for a final number.

After a few moments of applause Thompson returned to the stage to play “Beeswing,” another beautiful song about romance and longing. He then took a second bow and disappeared behind the curtain. After several more moments of standing ovation, he returned to the stage and took a few requests. He first played “From Galway To Graceland,” and finished the night with “Tear Stained Letter.” The final number was an especially challenging one to pull off solo, as it is normally performed with a full band. Thompson enlisted the audience to sing the melody, and to make saxophone and percussion sounds. It was a good time. When he finished we knew he was serious this time, and we applauded extra hard so he would know how awesome the evening had been.

Again, I’ll never understand how Richard Thompson isn’t a household name. But if that means SLC continues to get to see him play intimate shows to eager and respectful crowds, well, that’s what I’d call a win-win situation.