00:00 / 20:24
Spotify Stitcher
RSS Feed
Share
Link
Embed
RJD2 takes the stage. He has three turntables, a sample pad and a crate full of vinyl. Yes, the original, non-digital vinyl. RJ humbly introduces himself and begins his set with electronic sounds behind a Gang Starr verse. It’s the most OG way to start a party—I look at the balcony on the second floor covered with ladies moving and guys bobbing their heads and waving their arms in the air. The Depot is at its full potential and the audience is just as live as any rap concert as I’ve ever been to. 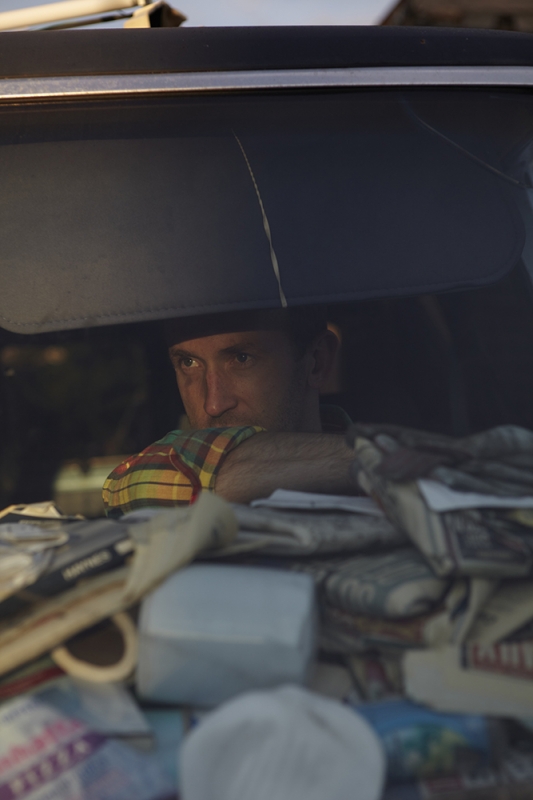 It’s only two minutes from 9:30 and I’m shivering in a line outside The Depot in 30-degree weather. The crowd looks normal but there’s no hint of what’s about to happen inside. I hear a group of strangers in line ahead of me questioning one another, “Isn’t he from Brisbane?” “Is he American?” I assume they’re referring to RJD2, who’s an American bred DJ/Producer from Cleveland, Ohio. He won’t be on stage for another few hours and I keep trying to convince myself that fellow American DJ/Producer Blockhead will be the only opener. A few minutes later the line starts moving, I have my friends at my side, and we’re in.

The music is already spinning and what I’m hearing is completely new. It’s a groovy house beat fused with the piano sample from Wu-Tang Clan’s classic, “C.R.E.A.M.” If there’s one thing that can amp my energy instantly it’s hearing Wu-Tang classics at a party or show. I eventually come to find out that this DJ is a local one, and he doesn’t disappoint. His mixing, not his music, is slow. It’s fused with all sorts of breathy vocal samples and I find myself enjoying the party-ready atmosphere. There are actually people on the dance floor moving their bodies and it makes for a much more comfortable scene than an empty dance floor. This DJ plays one eargasmic build-up after the other, each one being accompanied by a few samples rather than just a single pulse. I notice all my hip-hop loving friends around me agreeing that this DJ is performing above the level we’re used to. One of them says to me, “I wish they had house DJs who spun like this around downtown.” There’s confidence in the air and a sample keeps floating through, whispering, “We want diamonds.” There’s something about the ‘90s that keeps pervading through this DJs sound. I can hear bass womps that remind me of “Rumpshaker” by Wreckx N Effect. In fact, the least enjoyable sound that’s come through the speakers is a violently chopped-up remix of Daft Punk’s “Get Lucky.” No, we don’t want what came out this year—we’re here for nostalgic reasons, for the classics. I can see people stuck in the ‘90s rave culture on the dance floor right now. The energy is starting to build and Blockhead is on the stage ready to begin his set.

He’s a hip-hop producer from Manhattan and once he starts spinning after a humble introduction, it’s nothing but hip-hop in the air. From the Sir Mix A Lot sample, “808 kick drums make the girlies get dumb,” to the Notorious B.I.G. verse and samples of DMX’s trademark shouts, it’s a full-on party. The night begins to unfold into another dimension as my friend and his fellow B-boys find a space near the stage to begin dancing. The twerks, knee drops and breaks are all right on time with the beat and I feel alive to watch it go down. I look over at the screen in front of Blockhead’s equipment and the graphics show computerized jets blasting one another. It’s a scene from the classic arcade game Asteroids. I turn to the crowd and people are becoming looser and looser. This new dimension is far from Utah. The stage lights flashing everywhere remind me of Tokyo and the next song is a trip hop version of Marvin Gaye’s “Sexual Healing.” I look around at my friends in amazement and continue to feel somewhere far from home.

After Blockhead’s set, the Discrete clothing crew, who are sponsoring the event, take over the stage and begin flinging swag into the audience. I’m slightly reminded of tacky scenes in Utah, but that feeling is fleeting as I see RJD2 take the stage. He has three turntables, a sample pad and a crate full of vinyl. Yes, the original, non-digital vinyl. The night is about to climax as RJ humbly introduces himself and begins his set with electronic sounds behind a Gang Starr verse. It’s the most OG way to start a party—Gang Starr is a staple of hip-hop. As the set continues, I realize that RJ’s set and sound is basically a combination of the first two sets and we’re getting the best of both worlds. His taste for ambient sounds, combined with pure hip-hop beats and samples, brings the whole evening full circle. I remove myself from the front of the stage and step back into the audience. I look at the balcony on the second floor covered with ladies moving and guys bobbing their heads and waving their arms in the air. The Depot is at its full potential and the audience is just as live as any rap concert as I’ve ever been to. RJD2 takes a moment to let his equipment cool down and he can’t help but laugh and smile as he looks into the audience. “I don’t think I’ve ever not had a fun show in Salt Lake City,” says RJ. “You guys are so intimate and live,” he adds. It’s 1:30 and the night is coming to an end, but RJ goes out with a bang as we all hear the riffs and soul samples of his classic “Smoke and Mirrors.” “Who knows what tomorrow will bring,” says the sample. Arms are still waving in the air, the lights from the stage are becoming blurry and I’m falling back closer and closer to the exit.

RJ thanks the crowd and leaves the stage. As I walk down the stairs of The Depot and out into the night, I reflect on the dimension I was sucked into for the last four hours. It was Vegas, and it was New York. I saw breakdancing to live hip-hop music like I’ve never seen it before. Music transformed the atmosphere into a realm of confidence and energy, one that can only be created by true performers who love who they’re performing for as much as what they’re performing.