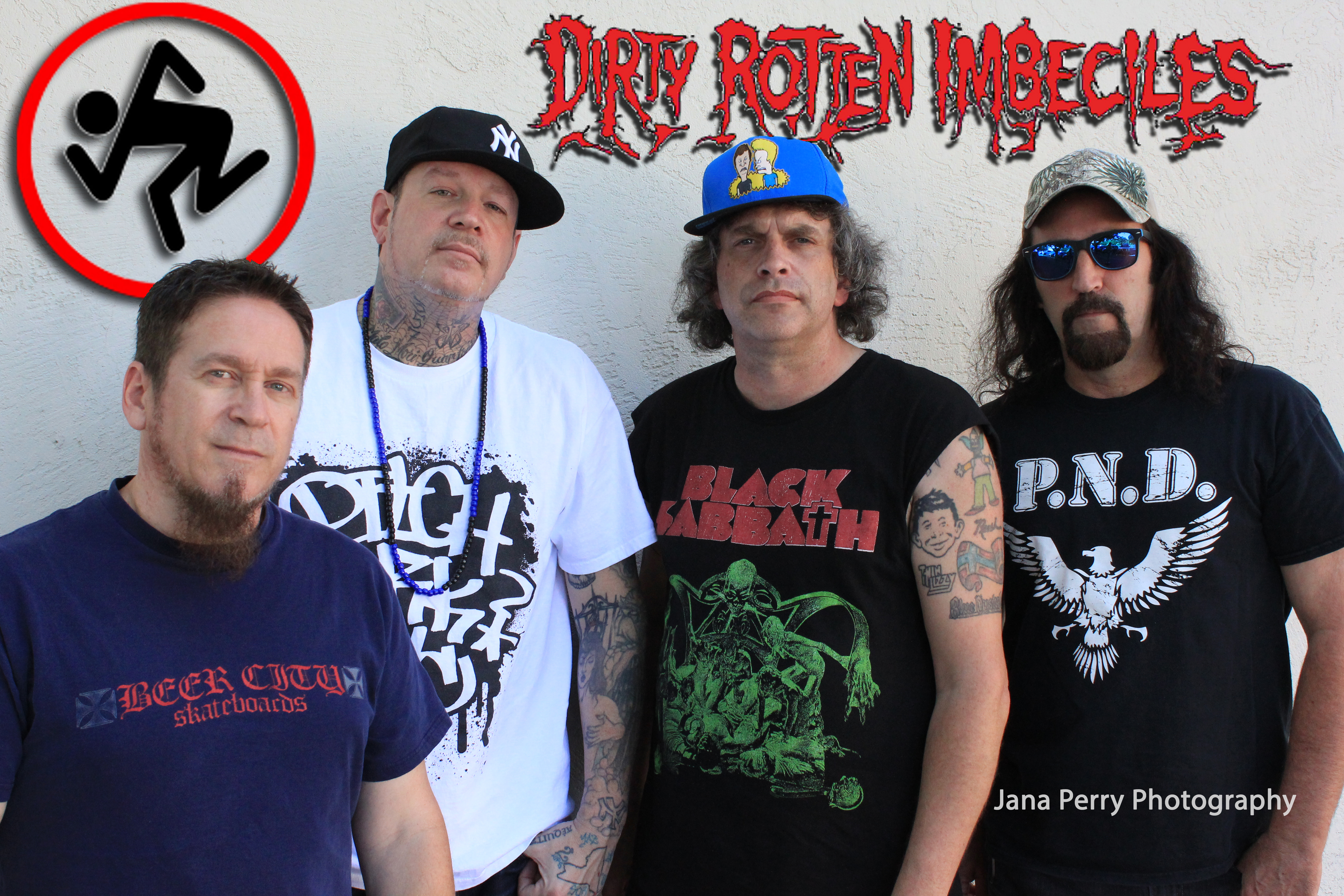 The last time I saw DRI, I was a pissed-off 18-year-old fresh out of high school who had only been faithfully listening to these guys for five months, after my former vice principal introduced me to the album Thrash Zone. I had been hooked ever since. DRI are a band who are considered legends, as this show’s opening bands pointed out. In many respects, DRI are legends, but they take it in stride. As I walked into the venue, Kurt Brecht (vocals) was handling the merch table, and later on, Harold Oimoen (bass) kicked back a few drinks and smoked cigarettes with concertgoers. The first opening band, CVPITVLS, enticed everyone to move up to the stage. The lighthearted atmosphere progressed through their set as vocalist Matt Bennett tossed and turned on the stage and jumped off, encouraging people to mosh. Even though there were only two or three people doing so, a few pits actually got going. Whereas CVPITVLS bolstered straight-up punk rock, The Politician came off with more a metal-oriented sound with raging guitar solos, headbang-inducing riffs and a cover of Venom’s “Welcome To Hell,” for which Oimoen walked onstage to provide some backing vocals. Keeping in line with their name, The Politician threw in some political statements in between songs, like how this year’s election may be the most important one, and encouraged everyone to vote, hinting at Bernie Sanders. X-Method played an incredibly charged set with guttural, death-tinged vocals and rabid guitar riffs. They stormed through with drinking anthems like “Fuck Sobriety” and “Drink From the Horn,” a cover of Sepultura’s “Chaos AD” and the appropriately titled closer, “Brutal as Fuck.”

It wasn’t long before the stage was cleared for DRI to destroy it—Oimoen and Spike Cassidy (guitar) set up their gear, Walter “Monsta” Ryan (drums) pinned up a banner consisting of their classic logo and Cassidy’s wife set out Coronas. Soon Cassidy, Ryan and Oimoen consecutively slammed down on their instruments, Brecht walked on the stage and picked up the mic, and the crowd bunched up in the front like sardines. The drums started rolling, and everyone unanimously screamed, “Who am I? DRI!” I began slamming into people while a circle pit was stirring up behind me with beer spraying everywhere (by the end of the show, my shirt was more beer than fabric), and it only got rowdier through classics like “Violent Pacification,” “Slumlord” and “Suit and Tie Guy.” Brecht made the ever-so-popular Mormon jokes by asking how many wives everyone had and if being Mormon was a requirement to have that many. They also reminisced on one of the last shows they played in SLC that got shut down by the cops. They asked if anyone remembered the Speedway Café and if Raunch Records and the Heavy Metal Shop were still in business—you have to hand it to them for not forgetting about SLC’s underground hotspots.

They traversed into “You Say I’m Scum.” I retired from the pit, but I kept a watchful eye on it just in case. About halfway through the song, my friend turned my head toward the stage and I saw that Brecht was trading blows with a punk who made his way up on there. It wasn’t long until the bouncer pulled him out of the club in a headlock. Apparently, the rabid fan got up on the stage to dive off, but in doing so, he knocked Cassidy over into the crowd. Brecht called him out on it and the kid reacted by throwing fists towards his face, so Brecht fought back. Any lesser band would have probably stopped the show right there, but as soon as Cassidy gathered himself, they jumped right back in and finished out the song like nothing happened—kudos to them. Brecht ensured that everyone was still OK to stagedive but that they better be careful to not knock any of them over. He then proceeded to talk about how they’ll be releasing their first new material in 21 years. One of those new songs was called “Against Me,” and it got people moving with its heavy beat and catchy chorus—it sounded pretty fresh.

DRI continued on with “I’d Rather Be Sleeping,” “As Seen on TV,” “Syringes in the Sandbox” and “Couch Slouch.” The pit had gradually gotten bigger throughout the set, but it was not enough: “I want to see this fuckin’ pit erupt!” Brecht shouted. “Go crazy! This one is called … ‘Thrashard!’” (my favorite DRI song). I turned my brain off and let my actions mimic the lyrics—“Thrashing and slamming like Hell in the pit / Tomorrow they know may not come / Banging and moshing like they don’t give a shit / To the rabid beat of the drum!” I got up onstage after the semi-breakdown and did the thrash man pose. While I waited for the right time to stagedive, Oimoen tapped me on the shoulder and shook my hand. I heard the beat picking up again into the final verse and, right before it hit, I gave myself a running start, launched myself off of the PA speaker and front-flipped into the crowd while simultaneously chanting, “In the pit!” I retired from the pit for the rest of the show after that one.

They initially ended with “Acid Rain” and “Manifest Destiny,” but it didn’t take long for the audience to begin chanting, “One more song!” Oimoen responded by peering over his amp and putting up four fingers towards the audience, to which they replied by chanting, “Four more songs!” and play four more they did. The thrash extravaganza was made complete with “I Don’t Need Society,” “Beneath the Wheel,” “Abduction” and “Five Year Plan.” I have to say, for a band that’s been around consecutively for about 35 years, they put on a show in 2016 that probably would’ve been as crazy and rowdy as it would have been in 1986.