00:00 / 16:39
Spotify Stitcher
RSS Feed
Share
Link
Embed
All the passion that fuels everything onstage comes from everything offstage. Here I was amongst fast food workers, grocery store clerks and every other kind of nametag-wearing professional, feeling like a warm blanket of humanity was wrapped around my shoulders. Rock is insanity but it comes from the emotions of people. Sleeper Agent, Holychild and Pagiins didn’t need any flashing lights to bring people to Kilby Court that Saturday; just the steady thump of a driving beat and the type of howl that brings all the dark’s delightful creatures. 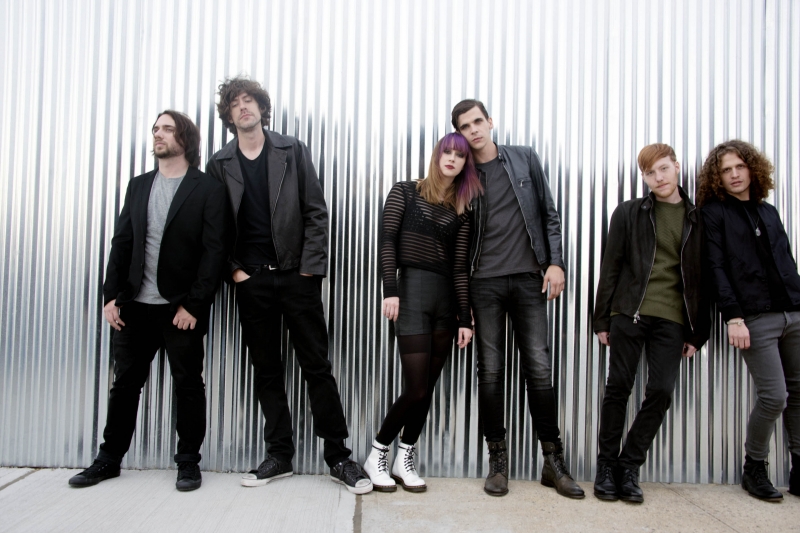 Saturday, April 19, was a chaotic day. Comic Con was happening in Salt Lake City—celebrity comic madness had taken over our neck of the woods that gorgeous April weekend. Being tired and fed up with the headache of the hustle & bustle would be an understatement and I had a longing to get away from all things glittery. The flash and glare of the bright lights is nothing compared to a cold beer, dark corner and tunes to make it all go away. There are those that chase the lights and there are those tattooed covered friends of mine who love the serenity of dark places (that may have a few germs). We are such creatures and we love to rock. Enter Kilby Court.

Kilby Court is an actual physical court at the end of a street surrounded by old houses and artistic clutter. I sat by a wonderful bonfire feeling so happy to be back in my cozy little rock scene. The crowd for the evening was polite and educated. Any one of them could have given you a story of past Kilby Court experiences and most had an understanding of the music scene that made even me blush. The evening was calm and beautiful and people were ready for a show.

Arkansas’ Pagiins (pronounced Pagans) opened the event with high speed, dual drumming alt-rock. The early crowd formed up around them showing proper gratitude. It’s not very often an opening band comes out with such energy. By the sixth song the lead singer was playing the guitar on his knees, in the audience, and faces all about were saying, “We like this guy.” The Arkansas quintet had the whole crowd into show and even members from Holy Child rocked out a bit before their set.

Holychild was the second band to take the stage. They sounded like Joy Formidable and Phantogram had a baby who was really into beating on stuff. They started their set off slowly and worked into their music. There was a bit of a learning curve to their sound but, by the last half of the set, they had won the audience over. Lead singer Liz Nistico climbed, howled and danced the crowd into good spirits—I can’t imagine if she held anything back. Holychild left the stage to roaring applause and had very much succeeded in warming up the audience for what was next.

Earlier in the evening I had sat around the fire with Sleeper Agent’s lead singer Alex Kandel and drummer Justin Wilson and talked about everything but music. We talked about Game of Thrones, Salt Lake’s Comic Con craze, proper fire/log management and then had a lengthy discussion about independent movies. Several times throughout the conversation, Kandel’s fans asked for pictures, which she was more than happy to oblige, smiling in proper selfie fashion. Later on, when they took the stage this all changed and they transformed from those people around the fire to vicious young rock stars.

Kandel has a way about the mic that you can’t take your eyes off of. She thrashes, jumps and sings, giving off a trance that engaged the whole crowd. The band behind her fed into this and I kept thinking to myself, “It’s been a while since I’ve had this much fun at a show.” Their new single “Waves” had everyone singing together, but songs “Bad News” and “Good Job” really got everyone moving (and we know Utah loves to dance). On several occasions, Kandel leaned the mic into the audience for support and the audience happily yelled various noises back into the mic, filling the void of her voice with joyous enthusiastic nonsense.

The six members from Kentucky told stories of their tour between songs—drummer Wilson told a riveting story about poop (which apparently he does whenever he’s given the mic). Kandel invited everyone after the show to hangout with her by the fire (which she had maintained the whole time). When Sleeper Agent finished their set everyone left to gather around the fire. Kandel and the other band members took time with all the fans that were still there.

You couldn’t shake the fact that this was rock. All the passion that fuels everything onstage comes from everything offstage. Here I was amongst fast food workers, grocery store clerks and every other kind of nametag-wearing professional, feeling like a warm blanket of humanity was wrapped around my shoulders. Rock is insanity but it comes from the emotions of people. Sleeper Agent, Holychild and Pagiins didn’t need any flashing lights to bring people to Kilby Court that Saturday; just the steady thump of a driving beat and the type of howl that brings all the dark’s delightful creatures. Goodnight Everyone.