SLUG Mag Soundwaves
Episode #392 – Homephone
00:00 / 17:29
Spotify Stitcher
RSS Feed
Share
Link
Embed
Let me start off with a sincere wish—that Salt Lake City can grow into its still budding music scene and take some serious lessons from Austin. The 801 has got the community-oriented mindset that it takes to foster musicians, and our venues are only getting better, but something we are severely lacking is concert etiquette. 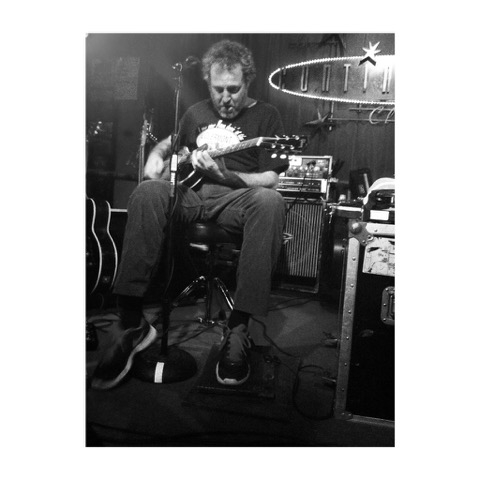 Scott H. Biram plays the Continental Club in Austin, TX. Photo: Kia McGinnis
Let me start off with a sincere wish—that Salt Lake City can grow into its still budding music scene and take some serious lessons from Austin. The 801 has got the community-oriented mindset that it takes to foster musicians, and our venues are only getting better, but something we are severely lacking is concert etiquette. It’s unbelievably refreshing to step into a venue in Austin and not see people taking selfies and talking drunkenly over the band. My heart has broken and swung on its hinge countless times in Salt Lake when touring bands play and have to continually stop their performance to ask the audience to please be quiet. In a place like Austin, people bring their friends and fill up bars, but there is no question that they are there to see the music.
I happened upon Waterloo Records as I was walking through town and had to stop and stay as the young thrashers Twin Peaks took the stage. These guys have the appearance of a prepubescent middle school band about to lay down some Weezer covers, but they put on a seriously top-notch rock show. There were sweaty, curly mops of hair flipping around stage and at several points members of the band were jamming so hard that their eyes rolled back into their heads.  Though their music isn’t reinventing the wheel as far as garage rock, it stands above others for being solid through and through—they didn’t play a song that wasn’t killer. Combining thick guitar chords and slightly pop-esque melodies and vocals, they have a formula for great songwriting that reaches a pinnacle on the stage as they rock out.  I had no hesitation in grabbing one of their CDs before moving on for the day.
When I entered the Continental Club, I was the youngest person by at least 15 years and instantly knew that it would be my favorite bar of Austin. It’s in a small, dive-y building in the South of Congress neighborhood—the type of place where the bartenders have worked there for years and bring regulars their drinks without having to ask what they’d like. As it turns out, Scott H Biram is more or less the unofficial house performer of the club and began sipping on a pint of Guinness as he set up. I found it a bit surreal to be in the presence of a blues shaman in a mostly empty venue, but as he got up to play more people began to trickle in. Now, I don’t use the term shaman lightly. This man may be the closest thing to the real blues still alive and kicking and he began by saying, “If you’re not from Austin, don’t fucking move here,” adding, “I can’t wait for everyone to get out of my hometown so I can go back to eating my microwave burritos.” Biram is raunchy, a bit crusty and has a knack for making phallic related jokes onstage—but the man could charm just about anyone with ears. As his fingers move in mind-bending ways across his guitar, he growls words into the microphone that makes you wonder what kind of heartbreak the poor guy had to go through to end up with songs so heavy. Alternating between a few guitars, Biram absolutely destroys each song he plays, pausing in between to mumble comments that I can barely understand, though I’m sure they’re appropriately vulgar. As he geared up for his last track of the night, he created anticipation by saying, “I gotta tune this goddamn shit up,” then proceeded to slam out an other-worldly lick, which had visible effects on his face. As mentioned, the blues ain’t dead just quite yet. I reveled in the fact that I had just witnessed an act of genius and took another moment to appreciate the mutual respect and energy between the crowd and Biram. Let’s work on that, Salt Lake.
Photos: