We hear a lot about author and humorist David Sedaris’ incisive wit and genius storytelling. Until he visited Salt Lake as the final installment of Kingsbury Hall’s season, it never occurred to me just how impressive it was that Sedaris could fill up an auditorium by, essentially, reading his stories aloud. 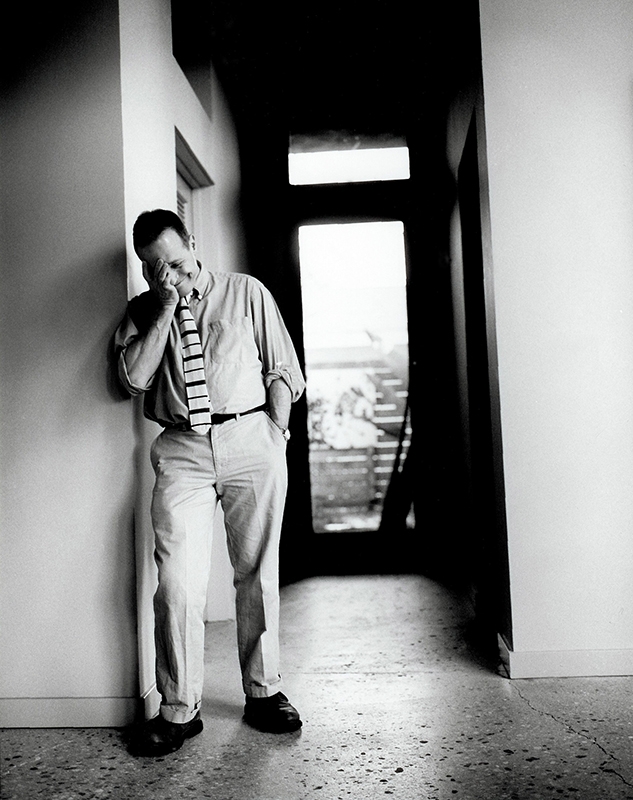 David Sedaris got Kingsbury Hall's sides to split with his sardonic wit and eye to the absurd in the ordinary. Photo: Anne Fishbein
We hear a lot about author and humorist David Sedaris’ incisive wit and genius storytelling. Until he visited Salt Lake as the final installment of Kingsbury Hall’s season, it never occurred to me just how impressive it was that Sedaris could fill up an auditorium by, essentially, reading his stories aloud. Sedaris’ writing and candor made the venue feel intimate, as though you were listening to him joke on the radio from the comfort of your living room. The two-hour night was a brilliant survey of Sedaris’ essays, anecdotes and diary entries, as well as a couple of shout-outs to the Little America, whose angel cake Sedaris adores.

Sedaris takes the stage in a wide tie and a pair of loose, wide-flare, accordion shorts. He assumes his spot at the podium, looks at the audience and says, “NOT a skirt. Culottes!” (To his credit, culottes are definitely having their moment in fashion right now.) From there, Sedaris launches into a 400-word monologue that he was asked to write about Anish Kapoor’s public art statue, Cloud Gate. The Chicago-located structure looks like an enormous, metal bean into which passersby can gaze at their reflections. So, Sedaris decides to come at it from a middle-aged woman’s perspective: “Is this me? So old? Is this supposed to be art?!” When the committee explained that they wanted Sedaris to write from the point-of-view of the actual art piece and to incorporate more diversity, Sedaris responded petulantly: Fine. “I’ll make the bean a HUGE racist—with the voice of a middle-aged woman.” Sedaris certainly didn’t need any icebreakers for his audience, but this was a charming start to the night.

Afterward, Sedaris delved into his hilarious ponderings and encounters, the type of fodder that, when paired with his sardonic sense of humor, has made him one of the most celebrated and recognized storytellers in contemporary humorist literature. He started us off with a story about a giant snapping turtle with a tumor on its head that lived near his family’s North Carolina beach house. He’s written several stories about this turtle and the many things he likes to feed it. This would be his fifth: “Calypso.”

“Calypso” starts off aptly: “The thing about America is that it’s always something.” Throughout, Sedaris weaves in many stories, discussing America’s irrational fear of Ebola, plywood art and the most popular girl in sixth grade. (“You’ll never forget [her]. That is her triumph.”) When Sedaris found a fatty, benign tumor in his side, he knew that he wanted to feed it to the snapping turtle. He meets a woman who offers to take the tumor out and let him keep it—she’d taken one year of medical school—and, probably because he sensed a good story, Sedaris took her up on her offer. As she hacked away at the tumor, it felt like he was “getting pickpocketed by a trainee … All told, it was an exceptional evening.”

As is his storytelling tradition, Sedaris takes us on an eclectic, almost convoluted, journey from encounter to encounter, happenstance to happenstance, until we reach the ending, which presents itself as—eureka!—a treasured moment of clarity, as tongue-in-cheek or ironic as that clarity may be.

Here, that moment comes when Thanksgiving rolls around, and Sedaris can finally take his fatty tumor, which he had kept in his sister’s freezer, to this mystical giant snapping turtle. In his search for the turtle, he meets a couple of little kids who, in slow Southern drawls, told him that the turtle—which they called “Granddaddy” and “Godzilla”—was hibernating. Sedaris was crestfallen and also betrayed. After all, it was like finding out that your cat has a second life, fed by neighbors who call her something stupid, like … well, like “Calypso.”

Sedaris’ second story touches on more personal topics, such as his apparent fear of death and anonymity, though Sedaris did well in interspersing the seriousness with occasional self-deprecation (“Sometimes a flight attendant will know who I am, but a pilot? Never.”). He talks about moving to Greenwich Village at 33, broadcasting both a dewy ambition and an utter frustration with anonymity. He talks about how, if there were life after death, he’d like to live on as a star that twinkled with the rest of his family in the constellation of an oven mitt. Yet, in the midst of all these musings, the absolute highlight of Sedaris’ story is his sister, Lisa, who, while aboard a Ferris wheel in Paris, looked to Sedaris and said, “Did I ever tell you about the time I accidentally ran my used Kotex through the wash?”

The thing is, Sedaris’ stories are about ordinary things and ordinary people—much of the stories touched on his upbringing in Raleigh, North Carolina—but he wields a master ability to take the banal and transform it into something whimsical, magical and unbelievable. Surprisingly, the most outrageous incidents occurred while on tour, which he documented thoroughly in his diary. He’s had a woman yank out a fistful of his hair, found an entire toenail on his desk while staying at the Ritz-Carlton (apparently, “At least it tasted like a toenail!” is not an acceptable icebreaker), and mused about a woman and her service animal, a monkey wearing baby clothes.

He gives the night a more crass and absurd spin, too, with these diary entries. As he stands in an airport, he wonders about how shocking and astounding it would be if a child-size coffin appeared amid the baggage claim. At a book signing, he encounters a young man who asks Sedaris to write the most vulgar and offensive thing he could think of for the young man’s mother. Sedaris wrote, “Your son left teeth marks on my dick.” Sedaris’ sharp yet civil wit allows him to cut through potential run-ins with political correctness, and the shortness of the diary entries made them easier to follow with hard-hitting, laugh-aloud punch lines.

At the end, Sedaris offers a Czech version of “Me Talk Pretty One Day” to anyone who could actually speak the language. He advocates for Love Hope Strength, an organization that helps to match bone marrow donors and recipients. And he recommends a book to us—Blake Bailey’s The Splendid Things We Planned: “I’d buy this before I’d buy any of my books.” Finally, during the question-and-answer portion, an audience member asks the question that is asked at any literary event—the writing process. Sedaris, it seems, simply gets up and writes. It makes sense for a writer like him, who lives his life from one story to the next, whose tendency to endlessly observe the world around him—as both participant and voyeur—lends to his sharp perceptions and explanations of society, culture, life. “Sometimes, life feels like a story,” Sedaris says, “and sometimes, I work hard to create that story.” For Sedaris, the most difficult question is when one story ends and when another one begins.
Photos: