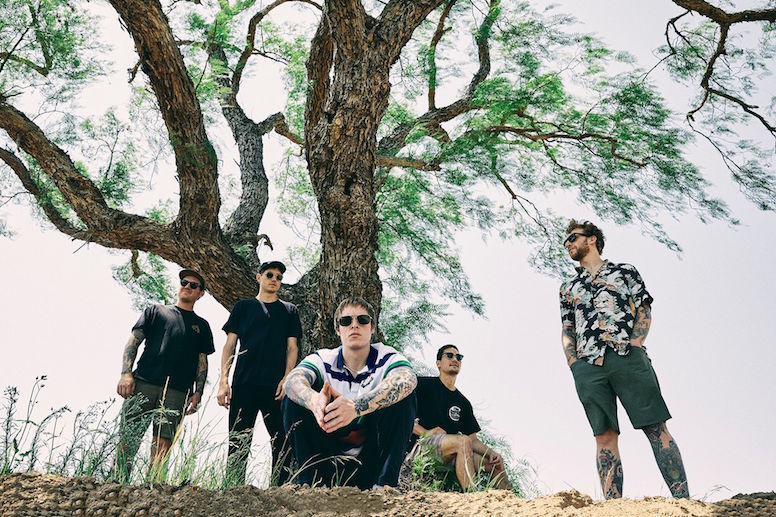 The Story So Far @ The Complex 11.05 w/ Citizen, Movements, Turnover

November 5 made for an exciting Monday night in Salt Lake City as Movements, Citizen, Turnover and The Story So Far played a sold out show at The Complex. The energy was high, and I was excited to dive into a nostalgic evening, full of memories and familiar faces.

It’s impossible to say that a singular band drew a crowd, every band brought their own support and a lot of them share fans. It’s easily said that this is a perfect lineup for fans of modern-emo and pop punk. For me, it brings back memories from high school, when my friends and I would hang out at the Arctic Circle by our high school and drive around blaring these artists through our first cars’ speakers after class let out.

Citizen opened with “Sleep” and while it was a slower opening to their set, the crowd was still eager and energetic. Citizen catapulted the night, at least for me. A couple songs into their set, they played “Middle of it All,” a song that I really love and connect with off of their most recent album, As You Please. It’s definitely a track that pulls at the heart strings just as much as it makes my head nod. Vocalist of Citizen, Mat Kerekes was charming the audience, and it’s clear that everyone in the audience have been fans for a long time.

I was shocked that Citizen played before Turnover, but I was still just as happy with their performance. Seeing every track that I have on my (almost) daily rotation performed live was a spectacle, no doubt.

I’m not super familiar with Turnover, so I unfortunately can’t name off any songs—however, their set was very ambient and mellow. They offered a nice, easy listening moment. It was enjoyable and sweet, and to hear everyone cheering and singing along below my feet as I stood on the balcony upstairs, was a treat. Turnover ultimately was adorable, and while I may not be a fan, I definitely think that they’re lovely and worth seeing—especially on a chilly, November night.

Everything about this show reminded me of the transition from autumn to winter. This music always reminds me of the cold months, so this show happening in the heart of autumn, made it that much more special. While it was cold outside in between sets, I couldn’t help but embrace the crispness of the night air and revel in the fact that it will snow soon, and I’ll be playing these artists all season long.

Then it was time for the cherry on top: The Story So Far. I’ve never had the opportunity to see them live, and I remember always feeling like I missing out in high school when my friends would go. The band took the stage and opened with the title track of their latest album, “Proper Dose.”  As a fan of their older releases, I can’t say that I’ve familiarized myself with most of their new material yet, however, hearing it live made the idea much more attractive—and I love that! I love when a performance encourages me to branch out of my comfort zone. With about half of their setlist consisting of songs from their new album, I felt a little disoriented, but they did a great job with organizing the familiar with the fresh. They threw in fan favorites like, “All Wrong,” “Roam” and “Things I Can’t Change,” which kept the energy and the vibe of the show up and growing. They finished up their set with “Empty Space,” the song that I was waiting for. I, of course, belted the lyrics and let loose for this one—how could I not?

The encore was the most anticipated part of the night. They kicked the double-song wrap up with “Clairvoyant,” a track that’s slow and low-key, but Parker Cannon’s performance held my attention through it all. At last, Cannon said that they would be finishing up with “Mt. Diablo,” over handfuls of audience-members yelling “Play Quicksand!” While some bought into his trick, many of us knew that we were getting the song we asked for. The riff leading the intro blasted through the speakers and the entire audience was moving. I can promise you one thing, people were jumping, pushing, and trying hard, real hard, the whole song not to lose their tempers. It was such a fun show and definitely a night worth remembering.