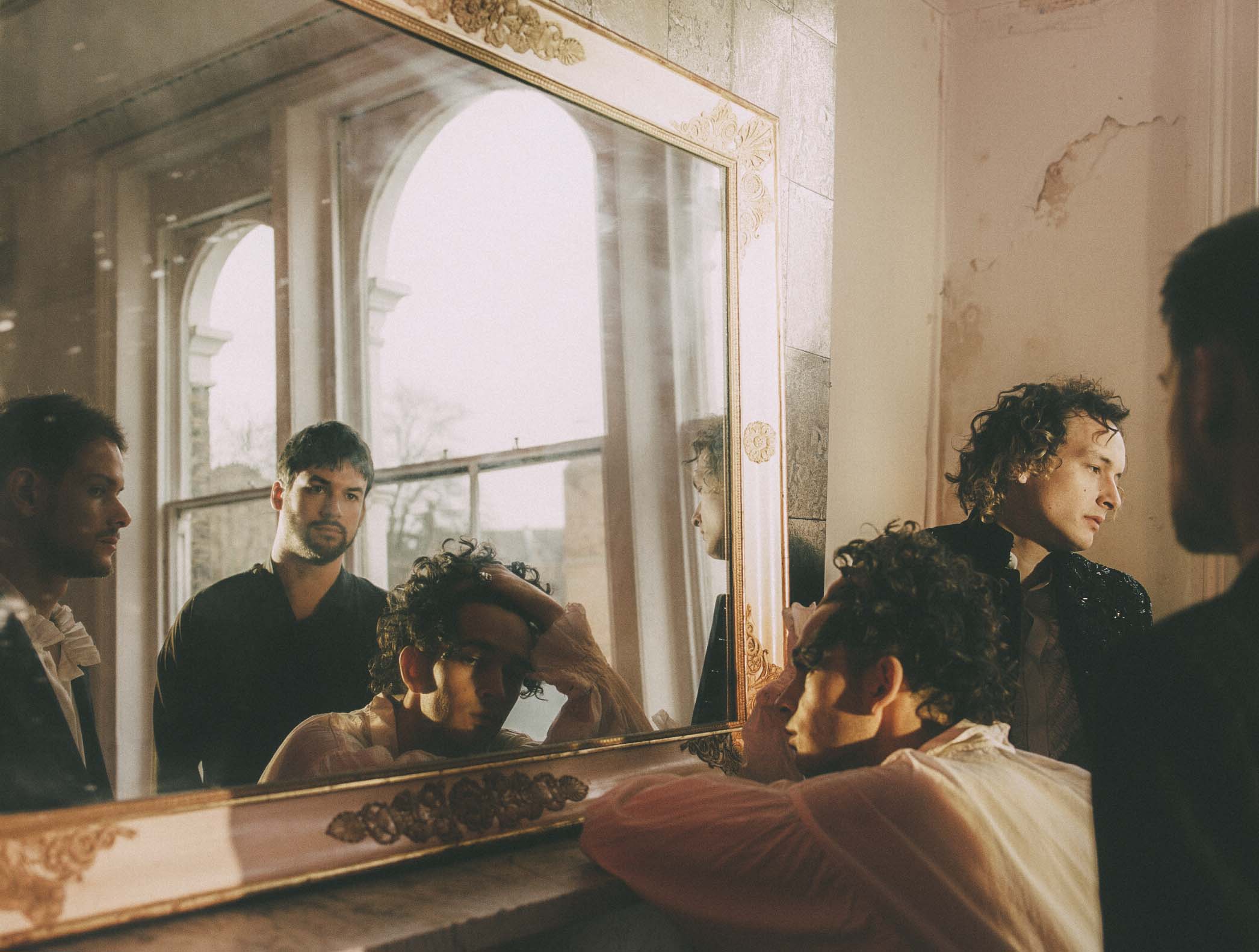 The 1975 @ Saltair with Colouring, Pale Waves

Droves of trendy teenage millennials converged on Saltair on May 5, the warmest day of 2017 thus far. The awaiting crowd heaved and condensed as the sun set in a soft orange across the sky. When the doors opened, the screaming diaspora flooded into the venue oddly juxtaposed with a soothing oceanic odor in the air. My self-imposed mission entailed chasing the night’s act—burgeoning genre-bending pop masters The 1975 for forty eight hours across the Utah/Colorado state line. I had begun earlier that day in a small studio with the band’s charmingly dour lead singer tangentially wandering through an interview and private two-song set. The 1975 may be the hardest-working band in the world, and this is the tail end of a seemingly interminable tour schedule on the back of their critically acclaimed 2016 sophomore album I Like it When You Sleep For You Are So Beautiful Yet So Unaware Of It.

Our evening with the boys from Manchester began oddly via the same slightly stumbling fellow I’d spent my lunch with, who wandered mid-stage to the roar of the audience. With an acoustic guitar in hand he began playing the tragic “She Lays Down,” a song penned about his mother’s crushing postpartum depression after his birth. This strange low-key preamble was awkwardly beset by its artist quickly forgetting the lyrics. It was nothing short of witnessing the human equivalent of hitting the reset button on your smart phone in a moment of inconvenient malfunction. Upon completion, the sharply suited, waify Mancunian chap slunk back and disappeared for a while.

Opening acts Colouring and fellow Dirty Hit label babes Pale Waves brought a likeable and transparently on-trend blend of piano and pop shoegaze and an unmistakably Robert Smith–styled frontwoman. Afterward, a soft sonic drone developed and drew down, which cued the voracious crowd that the magic was nigh. The staging and Iighting of the show is a brilliant marriage of techno edginess and soft, blurry landscapes—the brainchild of Tobias Rylander, The 1975’s multifaceted visual aesthetic is a respected commodity, and their stage design deferentially tips its hat to the band and the fans. Now familiar frontman Matthew “Matty” Healy is an inexplicably winsome, fumbling, new-romantic party clown mincing about onstage in an awkward yet hypnotically appealing pitch. Healy provides a glimpse into the tension of an apparently accidental rock god. He is candid yet chaotic, soulful yet snarled, and he makes it work wonders to his favor as a performer. Healy’s bandmates; drummer George Daniel, guitarist Adam Hann and bassist Ross McDonald are flawless counterpoints to his fashionable flailing. Supported by smooth operator John Waugh on saxophone and Jamie Squire on keyboards, the touring band keeps pace with its pixie leading man.

Moments of brief comedy occur when the local fauna float in through the open doors facing the Great Salt Lake and Healy is driven to springing about the stage batting at moths like a distracted house cat. The set list is a beautifully strange brew of pompous synth pop, ambient electronic, gospel R&B and occasionally gritty rock riffs. The band meanders mindfully through their first funky, second-album singles “Love Me,” “UGH” and smash-hit “Somebody Else” to their mellow semi-instrumentals “Please Be Naked” and “Lost My Head.” The anthemic protest pop hit and Pride Flag homage “Loving Someone” gets the crowd properly pumped. We’re then given a considerate dose of the early EPs via my favorite track, “Me,” and the adolescent angst of “Falling For You.” The set concludes with a clever mixing of Healy’s atheistic angst anthem, “If I Believe You,” with their earliest hits “Chocolate” and “Sex.” A sense of hungry closure is handed to the crowd with the brash and self-effacing uber-pop hit “The Sound,” and the same droning tone syncs with pink static images as the band makes their exit.

The show is slightly shorter that I had hoped, and I find myself glad that I’ll be back at it the following night. There is nothing excessively grandiose about The 1975’s onstage performance. They have, at this juncture, earned their glittery stripes. The band will wind around the states and Canada and close North America with a sold-out megalithic gig at Madison Square Garden at the beginning of June. They finish the tour back in their homeland as the headlining act for the scenic and enviable Latitude Festival in July. According to manager Jamie Oborne, The 1975 will then return to the nest for a well-earned break before collecting in their studio (located in Healy’s East London home) to continue recording their third album Music For Cars, to be released in 2018. The 1975 are a band with a plan—to build an empire of art pop that will stand the test of time and seal them as—in the words of Matty Healy—“fucking legends.”