SLUG Mag Soundwaves
Episode #392 – Homephone
00:00 / 17:29
Spotify Stitcher
RSS Feed
Share
Link
Embed
The instrument Faust played was a 1704 Stradivarius violin named “Sleeping Beauty” that still contains its original neck. The reasoning behind the name was that it was forgotten in a vault for over a century and a half, and rediscovered in 1900.

The Chamber Music Society: The Sweet Song of the Sleeping Beauty 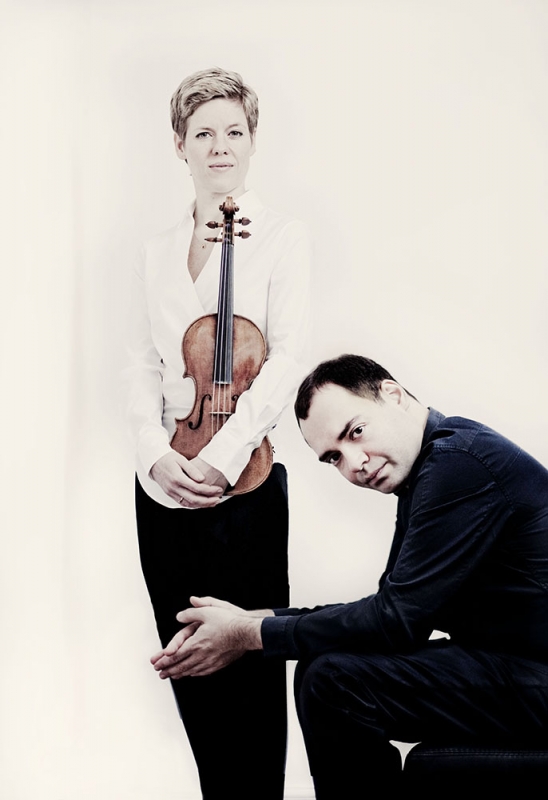 I really wanted to share the experience of The Chamber Music Society of Salt Lake City, so I grabbed a friend and headed down to the Libby Gardner Music Hall. These events showcase world renowned performers of classical music. Some of them, even the most seasoned fan will never get the opportunity to see. The night’s performers included the talents of the duo that is the beautiful violinist Isabelle Faust and pianist Alexander Melnikov. I was excited with anticipation to hear what was in store.

I arrived early to be sure to catch the discussion lead by the friendly former Utah Symphony concert master Gerald Elias. He was very informative and patient as he provided the room with knowledge about each piece that was being played that night. He went into great detail about also the layouts and how the movements of each Sonata worked. I left the room feeling enlightened by all the information I had just soaked in. Susan Goodfellow was in attendance for the discussion and I really just wanted to go over and pick her brain as she does most of the writing for the Chamber events, and I would love to discuss some of her favorite musicians over the years.

The instrument Faust played was a 1704 Stradivarius violin named “Sleeping Beauty” that still contains its original neck. The reasoning behind the name was that it was forgotten in a vault for over a century and a half, and rediscovered in 1900. I imagine that the discovery of such a beautiful instrument was like finding a lost, ancient artifact. I believe the high pitch of “Sleeping Beauty” and the required lightness of some of these pieces are the reason why she chose them. There was a bit of chill in the air in the hall, and I wondered if it was on behalf of the preservation of the violin.

It was also interesting that Beethoven, Schubert and Weber all lived in approximately the same time period and were practically neighbors. I was delighted to hear such a variance in music styles and I envisioned these three composers as the industrial and experimental noise musicians of their day. It is obvious they were breaking the boundaries of music back then. While they were playing the Weber piece, I noticed that there was some whimsical, random plucking, that increased in speed. I wondered why the composer thought about placing it there, and then it occurred to me that there really does not have to be a reason for a sound when you are creating a musical piece.

Faust’s body and facial expressions showed that she was relaxed and extremely confident in her art. She had the grace of a swan as she played. Her face showed true bliss. I have not seen many violinists, but I was intrigued by her unique style of playing with her bow very close to the bridge. Melnikov was calm, cool and collected, and was very in tune with Fausts—it appeared as if one glance held an entire conversation. His fingers fluttered on the keys and his body swayed with the flow of the music. You could really tell the emotion in his eyes and he rarely looked down at the keys. His feet danced on the pedals of the beautiful grand piano which allowed precise vibration to echo through the hall. It reminded me of a guitarist stepping on his distortion pedals.

The mystical pieces they played carried me away and erased my thoughts from the stresses of everyday life, until there was nothing left but the sounds of the beautiful music filling my head. I was gazing into nothingness, just listening. The thunderous low keys on the piano brought me out of my trance-like state and I glanced around the room and noticed the audience was also entranced with what was being heard. The thunderous sounds of Melnikov’s aggression and subtlety on the piano and the sweet serenade of the violin had placed the entire room into a state of audio bliss.

The performance concluded with Schubert’s “Fantasie in C. Major D.934.” I was very disappointed as there was no encore as a standing ovation was given. I yearned for more and felt as if I was left hanging on a limb. My temporary escape had ended and my head began to fill with responsibility. I truly enjoy the escape that the Chamber Music Society provides. The next concert will be with the Faure Quartet on Wednesday, February 19, at 7:30 p.m. and the discussion before the concert will be led by Susan Goodfellow at 6:45 p.m. You can check out the remaining lineup of the season at cmsofslc.org.